There are two bands named The Hunger: 1. The Hunger from Houston, TX began simply enough. Like any other band, there was a garage, a few friends and some heroes: Ministry, Front 242, and The Cure. Little did the kids know that these casual gatherings would grow into a passion that would consume their rest of their lives. The seeds of creativity and self expression would quickly begin to blossom into songs and the songs demanded to be heard. Two 12" singles later and virtually overnight, The Hun...

There are two bands named The Hunger:

1.
The Hunger from Houston, TX began simply enough. Like any other band, there was a garage, a few friends and some heroes: Ministry, Front 242, and The Cure. Little did the kids know that these casual gatherings would grow into a passion that would consume their rest of their lives. The seeds of creativity and self expression would quickly begin to blossom into songs and the songs demanded to be heard. Two 12" singles later and virtually overnight, The Hunger had made their first mark on the world: sold-out copies, Billboard charting and a record deal. This first taste of success through their own efforts would become their creed; that which drives The Hunger to rise above without surrender.
With the release of LEAVE ME ALONE, their first full length CD, The Hunger got their first taste of independent labels and of the dangers of putting something as precious as a dream into the hands of other people. Though the label was history at almost the same time as the release, they continued to move forward in their career by garnering airplay, Billboard charting and sales. However, the most significant result of all these successes would turn out to be the group's introduction to their next passion- live performance.

The music of The Hunger had found its soulmate...performance. Not just regular ol' performance mind you, but fiery, frenzied, passionate and, most of all, intense performance. The kind of performance that comes at you off the stage like of tidal wave of power, knocking off your feet and leaving you gasping for air. The Hunger created, by way of their all-or-nothing ideology, a complete show that would stand out in the minds of the crowd. Not just settling for great songs and amazing performances, the band took it a step further by incorporating stage props, back drops, pyrotechnics, custom hardware, intelligent lighting and the very best in sound equipment as a standards for their performances. The Hunger brought this infectious show to fans throughout the region again and again. They quickly became favorites with sold-out shows creating a fan base that was loyal and...hungry. This set the stage for the next step, another CD.

Fueled by their growing success, The Hunger self-released their second CD, GRIP, on their own label, Gut Records. The fans ate it up to the tune of 15,000 units - an amazing feat for an independent label with no experience or budget. They pulled off another almost unheard of feat by getting several songs from the CD added to over a dozen radio stations in the south. Offers came in from other small labels but the band passed, opting to continue to do things themselves.

Now a seasoned contender, The Hunger went into the ring for round three. Just as they were preparing to self-release DEVIL THUMBS A RIDE, Universal Records president, Doug Morris caught wind of what was happening and quickly swooped in. The day after he received a tape of the music, he made an offer. The band realized that signing to a major record label was inevitable if they ever wanted to make the next jump upward. Their Universal release launched them into the national spotlight with a single, "Vanishing Cream", that would climb to the #4 position on the rock charts. It would also afford the band the exposure of touring the entire country for the first time. They opted to visit each city at least twice.

Next came CINEMATIC SUPERTHUG, their 4th CD, which met with great critical acclaim. The Hunger was now well on their way. They once again took to the road, reconnecting with legions of fans and taking their music and the explosive energy of their live shows from coast to coast. They played to audiences ranging from 15 to 15,000 people, both headlining and supporting a range of artists from Deftones to Foo Fighters to Creed.

With a solid history and unwavering dedication, The Hunger's aural assault continued with their fifth release, SPACEMAN'S LAST GOODBYE. Bringing together a wide variety of influences and styles to create a unified, experimental sound, they had once again created a collection of songs that crossover and blend these styles into something unique. Refusing to pay heed to the rules of any particular genre of music, The Hunger has synthesized a signature sound that one can only attempt to label. The push of passion and pull of life experience can be heard throughout the music. From the harmonizing of brothers, vocalists and synthesists Jeff and Thomas Wilson, to the shredding guitars of Stephen Bogle, to the stout rhythms and techno beats of Max Schuldberg, this band fires on all cylinders. Cylinders that power an engine of intense songs that are melodic yet aggressive and are fueled by insightful, soulful lyrics. A combination that delivers an unbridled ride that is finally harnessed and smoothed out by way of pristine production. A sound described by many as familiar yet unique and sometimes called electro-metal.

A well-seasoned band with a national reputation of tireless promotion, great shows and an unrelenting commitment to follow where their hearts and heads lead them, THE HUNGER is now poised to assault the future with their sixth album, FINDING WHO WE ARE!


2.
The Hunger is a relatively new hardcore band from the north of the Netherlands. Their sound can be best described as extremely heavy hardcore with a rocking twist. Influenced by bands as integrity, Ringworm, Cursed, Converge, Entombed and much, much more, you surely can get an idea.
The Hunger recorded six songs with Nico van Montfort (www.myspace.com/xpzsound) a few weeks ago. Currently the songs are in the process of mixing and mastering.
Shield Recordings will release the new recordings as well on CD as on vinyl (it will be a 10” or 12”). More info about the release and release date will follow as soon as possible.
For now you can check out one of the new recordings on myspace and start to get as stoked as we are: http://www.myspace.com/thehungernl
Read more on Last.fm. User-contributed text is available under the Creative Commons By-SA License; additional terms may apply. 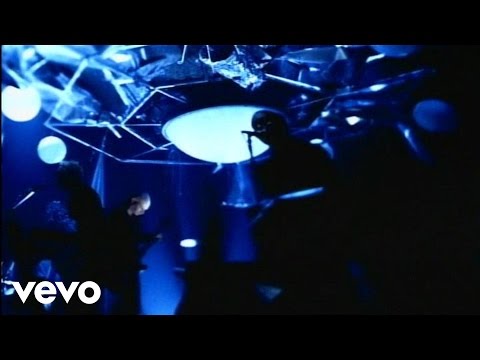