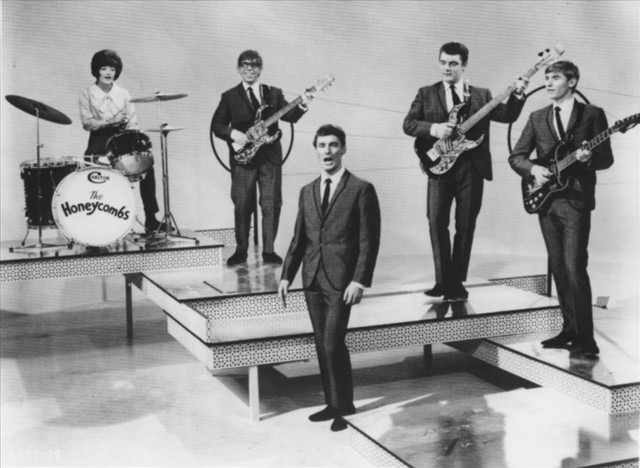 The Honeycombs were a pop rock group which formed in 1963 in London, England. The band's original lineup consisted of Denis D'Ell (vocals, harmonica), Martin Murray (guitar), Alan Ward (guitar), John Lantree (bass) and Ann "Honey" Lantree (drums, vocals). One night the group, known then as The Sheratons, was playing in a London pub, The Mildmay Tavern in the Balls Pond Road. In the audience were Ken Howard and Alan Blaikley, a very prolific British songwriting team, who later wrote hits for suc...

One night the group, known then as The Sheratons, was playing in a London pub, The Mildmay Tavern in the Balls Pond Road. In the audience were Ken Howard and Alan Blaikley, a very prolific British songwriting team, who later wrote hits for such artists as Lulu, Elvis Presley, Dave Dee, Dozy, Beaky, Mick and Tich and Petula Clark. Howard and Blaikley, then working in production for BBC TV, liked what they saw and suggested the band might like to hear some of their material. The band had an upcoming audition with legendary indie producer Joe Meek who most notably had produced The Tornados, and composed their number one hit "Telstar" in 1962 and were eager for some new material. At the audition in Meek's studio in Holloway Road, they played Howard and Blaikley's "Have I the Right?" which Meek immediately recorded. The Sheratons were renamed The Honeycombs and were signed to the Pye record label. After proving a 'sleeper' for seven weeks the record took off in the summer of 1964 reaching the number one spot around the world and selling over 2 million records. It was Meek's final hit in America, where it was issued on the Interphon label. The Honeycombs were managed by Howard and Blaikley who went on to write more successes for them.

"Have I The Right?", the Honeycombs' first recording, took off - going to number one in the UK and number five in the U.S. in the Autumn/Fall of 1964, shortly after the start of the British Invasion in pop music. They were especially successful in Sweden (four consecutive number ones) and in Japan ("Love in Tokyo" went to number one and they issued a Japan only released live album). Honey Lantree was an accomplished drummer and the star attraction of the group, as she was one of very few female drummers at the time (although the band tried hard to play down the fact that she was female in the press). The unique and heavily compressed bass drum sound on "Have I The Right?", which many other drummers of the period tried to replicate, was augmented by the group stamping on the stairs of Meek's studio. Meek achieved this by placing four microphones under the stairs, attached with bicycle clips. The Honeycombs also recorded the song in German.

They made many appearances on music-television-shows such as Top of the Pops, Ready Steady Go! (UK) and Beat-Club (Germany). They also recorded their second album entitled All Systems - Go! in 1965. A fine dubbed performance appears in the 1965 British film Pop Gear, (US-title: Go Go Mania!).

In April 1966, Pye, D'ell and Ward left the band. The Lantrees were joined by vocalist/guitarist Colin Boyd, guitarist Rod Butler and keyboardist Eddie Spence. This lineup lasted one single before the group disbanded in 1967.

In 1991, Honey Lantree, Peter Pye and Denis D'ell began touring as "The Honeycombs", with John Lantree later joining the lineup. The other founding member, Martin Murray formed a group called "Martin Murray's Honeycombs" around the same time. In 1999, the Lantrees/Pye/D'ell lineup recorded the song "Live and Let Die" for a compilation, after which, no further activity came from the band.


The original group members were:

Have I the Right 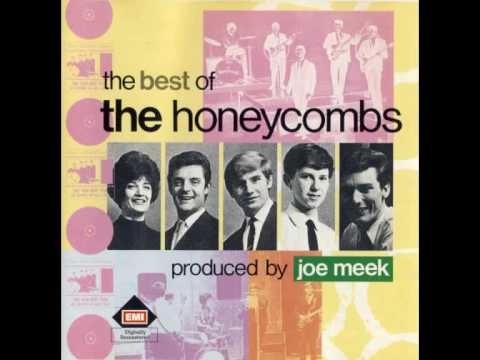 Something I Got To Tell You 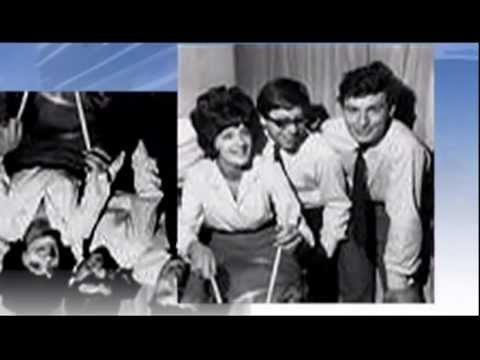 This Too Shall Pass Away