The Hi-Lo's were a successful a cappella quartet formed in 1953. They named themselves the "Hi-Lo's" to emphasize their collective vocal range. The group consisted of: Gene Puerling, bass-baritone, arranger and leader Bob Strasen, baritone Bob Morse, baritone and occasional soloist Clark Burroughs, tenor The Hi-Lo's tower among the most innovative and influential close harmony quartets of the postwar era, expanding the parameters of traditional pop via sophisticated, jazz-inspired arrangem...

The Hi-Lo's were a successful a cappella quartet formed in 1953. They named themselves the "Hi-Lo's" to emphasize their collective vocal range.

The Hi-Lo's tower among the most innovative and influential close harmony quartets of the postwar era, expanding the parameters of traditional pop via sophisticated, jazz-inspired arrangements that profoundly shaped the rock & roll generation who followed in the group's wake. So named for their expansive vocal range, the Hi-Lo's formed in Hollywood in early 1953 -- bass baritone Gene Puerling and baritone Bob Strasen first teamed in the Milwaukee-based Four Shades, while baritone Bob Morse and tenor Clark Burroughs previously collaborated as members of the Encores, a short-lived ensemble led by session vocal legend Randy Van Horne. After bandleader (and future film composing icon) Jerry Fielding recommended the Hi-Lo's to the fledgling L.A. label Trend, the group cut its debut EP in April 1953, scoring a minor local hit with "Georgia." "Love Me or Leave Me," recorded in support of singer Herb Jeffries, soon followed on Olympic.

While Burroughs' astounding lead vocals enabled Puerling the flexibility to create daring, stunningly complex arrangements some distance removed from the current chart fare, Trend resisted the Hi-Lo's more radical impulses, and in mid-1954 the quartet exited the label in frustration. They soon signed with Starlite, teaming with orchestral arranger and conductor Frank Comstock at the now-legendary Gold Star Studios, a facility famed for its singularly rich acoustics -- their debut album Listen! followed by year's end, trailed in 1955 by The Hi-Lo's, I Presume.

Although commercial success continued to elude the Hi-Lo's, the quartet emerged as a critical favorite, and successive LPs including Under Glass and On Hand further expanded their palette, with Puerling's increasingly challenging and beautiful arrangements over time incorporating elements of contemporary pop, barbershop, calypso and musical theater. In late 1956, the Hi-Lo's signed to Columbia, where their label debut Suddenly It's the Hi-Lo's sold in excess of 100,000 copies thanks to promotion via television's Nat King Cole Show; -- Rosemary Clooney then invited the group to join the cast of her syndicated variety show, and together they cut an album, Ring Around Rosie. A third Columbia date, Now Hear This, followed in 1957, the same year the Hi-Lo's made their feature film debut in Calypso Heat Wave.

Despite their growing media profile, the quartet's albums remained cult favorites at best, however, and Columbia A&R chief Mitch Miller consistently pressured Puerling to simplify his approach in favor of a more radio-friendly formula. The Hi-Lo's resisted, and while 1958's Marty Paich-produced And All That Jazz was their most consistent and rewarding release to date, sales were disappointing, and a year later Bob Strasen announced his resignation.

With the addition of tenor Don Shelton, the Hi-Lo's cut Broadway Playbill in 1960. It too failed to chart, and when the same fate met its follow-up This Time It's Love, Columbia cut its losses and let the group go. Avowed fan Frank Sinatra telegrammed the Hi-Lo's in 1962, inviting them to join his fledgling Reprise label; their two Reprise albums, The Hi-Lo's Happen to Folk Songs and The Hi-Lo's Happen to Bossa Nova, both aimed squarely at commercial trends and fell wide of the mark, and their tenure with the company proved brief. Don Shelton left the lineup in 1964 to join the Chicago vocal group the J's with Jamie, and the Hi-Lo's soldiered on, briefly adding singers Frank Howren and Milt Chapman before the commercial onslaught of rock & roll's British Invasion finally spelled their demise in 1965. While Bob Morse opened an antiques store, Clark Burroughs teamed with wife Marilyn in a folk-rock duo, and Gene Puerling assembled a new group, Singers Unlimited, recruiting Shelton as well as newcomers Len Dresslar and Bonnie Herman.

As the Hi-Lo's were celebrated as a seminal influence on West Coast harmony pop acts including the Beach Boys and the Mamas & the Papas, Singers Unlimited went on to cut a series of LPs for the German label MPS, which in 1977 suggested Puerling organize a Hi-Lo's reunion: Back Again hit retail a year later, its release announced with an appearance at the 1978 Monterey Jazz Festival. Now followed in 1980, and the group continued touring throughout the decade to come, finally calling it quits in 1994. Bob Morse died in 2001.
~ Jason Ankeny, All Music Guide


Afterward, Puerling, Shelton and Burroughs still appeared very occasionally as the Hi-Lo's in and around Southern California. An accomplished reed player, Shelton has been a member of Clare Fischer's bands. Clark Burroughs is semi-retired and can sometimes be heard on film soundtracks. 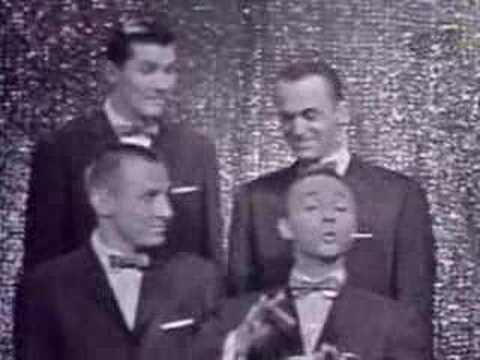 My Sugar Is So Refined 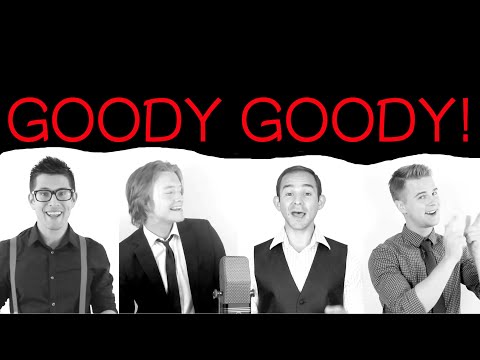 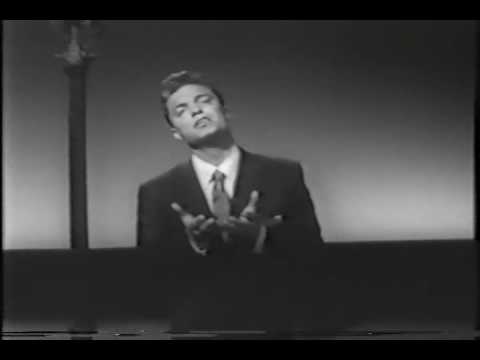 Guy Mitchell & The Hi-Lo's - Sparrow In The Tree Top