When Dublin alt-folk songwriters Kevin May and Mick Lynch of The Guggenheim Grotto first appeared on the U.S. scene in 2006, comparisons to Simon and Garfunkel dominated the critical landscape. With their two-part harmonies, folk-acoustic stylings and earnest pop songwriting, it seemed no one could resist. Over the past four years, however, the duo has transcended the comparison – creating rich, multi-instrumental soundscapes. They dabble in synths and effects and radiate melancholic beauty...

When Dublin alt-folk songwriters Kevin May and Mick Lynch of The Guggenheim Grotto first appeared on the U.S. scene in 2006, comparisons to Simon and Garfunkel dominated the critical landscape. With their two-part harmonies, folk-acoustic stylings and earnest pop songwriting, it seemed no one could resist.

Over the past four years, however, the duo has transcended the comparison – creating rich, multi-instrumental soundscapes. They dabble in synths and effects and radiate melancholic beauty. And sometimes they silence a room by simply harmonizing over a lone ukulele. Always though, their songwriting is marked with a belief in the promises of the universe, a curiosity about humanity and a hopeless romanticism embodied by only the most passionate of artists and dreamers.

This romanticism shines on the band’s new album, The Universe Is Laughing. A lyrical journey through life’s beautiful mysteries, the record sees Kevin and Mick further develop themes of self-discovery and enlightenment they first visited on 2009’s Happy The Man.

The Guggenheim Grotto emerged in 2005 to critical acclaim in Ireland with its debut album …Waltzing Alone when the first single “Told You So” reached No. 12 on the Irish National Airplay Charts. Later the band found success abroad much in part to early champions like David Dye at WXPN in Philadelphia, XM Radio’s “The Loft” and Nic Harcourt at KCRW in Los Angeles. …Waltzing Alone eventually spent weeks at the No. 1 spot on the iTunes Folk Chart in April 2007 after the opening track “Philosophia” was chosen as iTunes Free Single of the Week. The song was also featured on the first generation iPhone as a sample song on test models in stores and “Told You So” made it onto a Starbucks Hear Music sampler alongside Damien Rice, James Blunt and Amy Winehouse

Two years later The Guggenheim Grotto released Happy The Man as an iTunes exclusive in October 2008, and the album quickly rose again to No. 1 on the iTunes Folk Chart. January 2009 saw the physical release, and the band spent much of the year traversing these United States to promote it – from playing listening rooms across the country to large festivals, performing on nationally syndicated programs like E-Town in Boulder, CO and Charleston, WV’s Mountain Stage and opening dates with Ani DiFranco and They Might Be Giants. The album received tremendous support from Triple A radio, several songs made their way into major network primetime TV shows like One Tree Hill and Brothers And Sisters, and a YouTube featured video for the first single, “Her Beautiful Ideas,” garnered over 160,000 views in just a few days.

In June 2010 The Guggenheim Grotto released its third album, The Universe Is Laughing, on United For Opportunity. The band moved to the U.S. and began a series of weekly residencies in New York, Philadelphia, Los Angeles, Ventura and San Diego that grew wildly, ending in some truly special nights with rooms packed of newly charmed fans. In Los Angeles, the story came full circle during the band’s last night at The Hotel Café when Nic Harcourt, one of its earliest champions, filmed the performance for his new cable TV show Live Buzz. The band continues to tour from its Los Angeles base, bringing the new album to an ever –expanding audience.

A record largely written and recorded in hotels and living rooms while crossing this wide country on tour, The Universe Is Laughing is an ode to lovers and madmen as much as a shout out to carnival hucksters and easy mystics. It celebrates the joy of falling in love and then forgetting what all the fuss was about. It preaches sticking to your guns, fighting the good fight and standing with your hands hung loosely by your side. It’s about marching, chopping wood, highways, girls wearing pretty dresses, sinking churches, ghost towns, chasing answers, getting drunk, rabbits and weasels, tiny white lies, the sun, the moon and the whole damn universe. It’s about dancing in the grey.

Standout tracks like the album’s upbeat first single “Wisdom” or the title track and ukulele tune “The Universe Is Laughing” juxtapose heady concepts, compelling melodies and accessible lyrics. The former challenges a list of guidelines society gives us to find happiness and righteousness with the chorus “I listen and I hear what’s said/ I follow it from A to zed/ But wisdom hasn’t found me yet,” complete with ironically sunshine-y la-la-la-la-las.

In “Ruby Heart,” excitable new love gives way to its senses and learns patience, while “Trust Me I’m A Thief,” cautions on the sometimes brutal honesty of our true nature. The Bowie-esque “Wings And Feathers” pays tribute to Jack Kerouac-inspired mad indulgences with lyrics drunk on love and life. “Tonight we take this city/ The marrow and the fringes/ We’ll set our dogs on beauty/ We’re growing wings and feathers,” May croons in the chorus over a bed of blissful and popping synths.

With equal amounts melancholy and jubilance, The Universe Is Laughing is a celebration of universal truths and the mysteries of humanity. The duo’s signature mix of timeless folk, soaring melodies and emotionally intelligent lyrics remains intact while Kevin and Mick delve deeper to search for meaning within themselves. 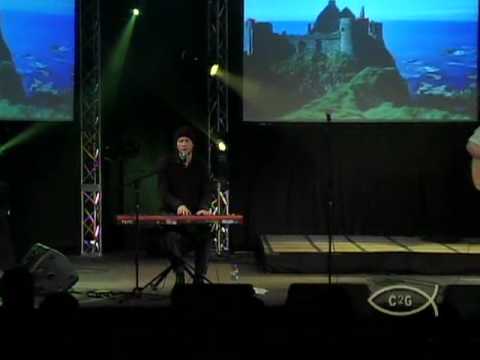 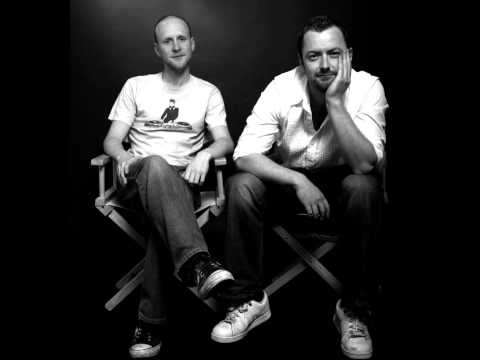 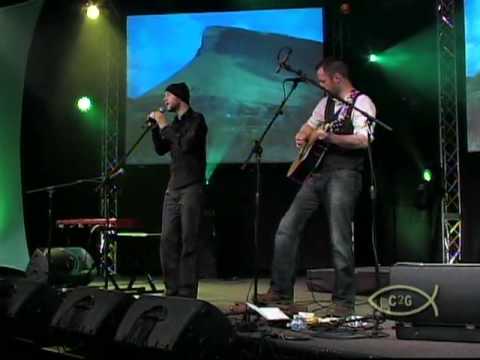 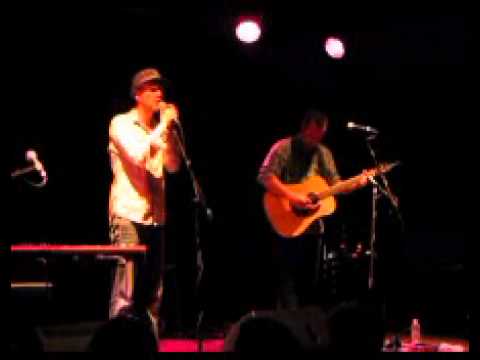 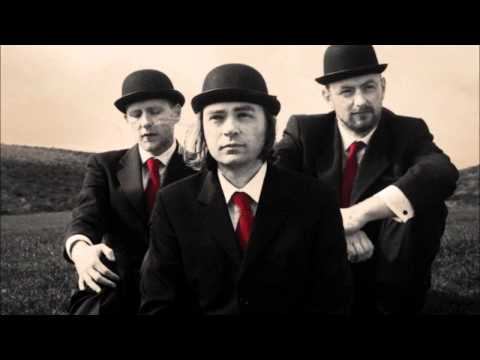