The Gregg Allman Band, also known as Gregg Allman & Friends, is a rock/blues group that Gregg Allman leads during quiet times for the Allman Brothers Band. Rock ‘n Roll Hall of Famer GREGG ALLMAN is both a founding member of one of the biggest and most important American bands of all time, the still-active and thriving Allman Brothers Band, and a critically acclaimed solo talent. A natural artist gifted with a beautifully soulful and distinctive voice as well as brilliant keyboard and guitar ex...

Rock ‘n Roll Hall of Famer GREGG ALLMAN is both a founding member of one of the biggest and most important American bands of all time, the still-active and thriving Allman Brothers Band, and a critically acclaimed solo talent. A natural artist gifted with a beautifully soulful and distinctive voice as well as brilliant keyboard and guitar expertise, Allman is a legendary performer who, more than 30 years down the road, still loves making music as much as ever. The current GREGG ALLMAN band lineup performing in 2007 is: BRUCE KATZ (keyboard), JERRY JEMMOTT (bass), STEVE POTTS (drums), MARK McGEE (guitar), JAY COLLINS (sax) and FLOYD MILES (percussion).

At the start of his enduring career, Gregg Allman and his brother Duane put together a number of different groups, including their very first professional ones, The Allman Joys and The Hour Glass. Whatever the configuration, Gregg’s powerful lead vocals, emerging songwriting and keyboard prowess perfectly complemented Duane’s now-legendary guitar virtuosity.

In 1969, their brotherhood made history with the formation of the massively influential act that both kick-started the entire genre of Southern Rock and defined an era of ‘70s rock ‘n roll with its freewheeling yet musically masterful sound, The Allman Brothers Band. The band’s unique amalgam of rock, blues, country and even jazz flourishes expanded the boundaries of rock music and their signature, extended onstage jamming set new standards for live concert performance. In addition to his singing and playing, Gregg wrote many of their most memorable signature hits, including the classics “Whipping Post” and “Dreams” from their self-titled debut album, “Midnight Rider” and “Please Call Home” from their second LP, Idlewild South and “Melissa” from 1972’s Eat A Peach.

In 1971, at the height of fame, and just two weeks after their legendary live record At Fillmore East was certified Gold, The Allman Brothers Band suffered the tragic and untimely passing of Duane Allman, and the very next year, of bassist Berry Oakley. Despite the losses, Gregg dedicated himself to keeping The Allman Brothers tradition alive, and to this day, the band remains a musical powerhouse, acclaimed both on record and onstage.

In March 2003, the group released their first album in nine years, Hittin’ The Note (Peach/Sanctuary) following it up with several U.S. tours throughout 2003-2004. The group recorded their annual New York City March Madness run and later that year released the Live At The Beacon Theatre DVD, which was quickly certified gold. March 2004 marked the release of One Way Out, a live album from the same ’03 Beacon stand. In addition to Gregg and original members Butch Trucks (drums and tympani) and Jaimoe (drums) the current ABB line-up boasts Warren Haynes and Derek Trucks on guitar, Oteil Burbridge on bass and Marc Quinones on congas and percussion.

The first of Gregg Allman’s six albums to date outside of his work with ABB, Laid Back, was released in 1973, the same year that The Allman Brothers Band’s monstrously successful Brothers & Sisters topped the album charts. Laid Back’s subtly textured eclectic mix of rock, folk, R&B and gospel inflections drew rave reviews and instantly put Gregg on the map as an accomplished touring solo artist.

Subsequent solo releases include the live Gregg Allman Tour ’74, (recorded at Carnegie Hall) and 1977’s Playin’ Up A Storm (which also featured the musical artistry of greats Dr. John and Little Feat’s Bill Payne). In 1987 Gregg released his second gold album I’m No Angel, which generated a 1 Album Radio hit with the unforgettable title track, a self-meditation on Allman’s often bad-boy ways. After that hit’s follow-up, 1988’s Just Before The Bullets Fly, Gregg Allman directed his energy to the reformation of the ABB. That effort resulted in multiple Grammy nominations and ABB’s induction into the Rock ‘n Roll Hall of Fame.

In 1997 Gregg released Searching For Simplicity, the album he feels represents some of his very best work. “I really took my time with that one,” says Gregg. “It took me three years just to write the songs and gather the material…I put the record together in a manner so that each tune knocked my socks off.” Obviously, there’s a major difference for Gregg between his solo endeavors and the Allman Brothers Band efforts. “There’s only one cook in the kitchen,” he says, “only one chef. I let the soloists do their thing – you’ve gotta let a man do a solo the way he wants – but as far as picking the tunes and working on the arrangements, I take full responsibility for it.” On Searching For Simplicity, as well as his other solo albums and tours, Gregg Allman indeed found a recipe that works. Gregg Allman is a survivor; having weathered many tragedies in life--as well as the occasional pitfalls and detours of a full-tilt rock ‘n roll lifestyle--he’s continued to grow both personally and musically.

Having searched for blissful simplicity in life as in art, Gregg Allman now lives peacefully in Georgia with his wife, his dogs, a new home studio and several “cherry” Harley Davidson motorcycles. Simple as that. Read more on Last.fm. User-contributed text is available under the Creative Commons By-SA License; additional terms may apply. 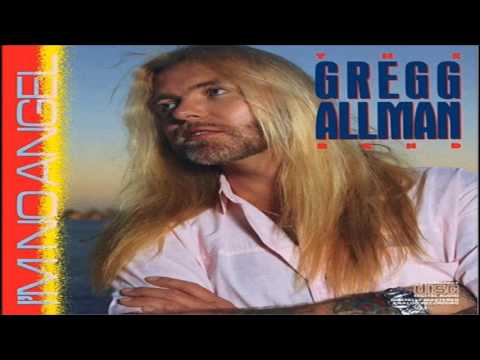 It's Not My Cross to Bear 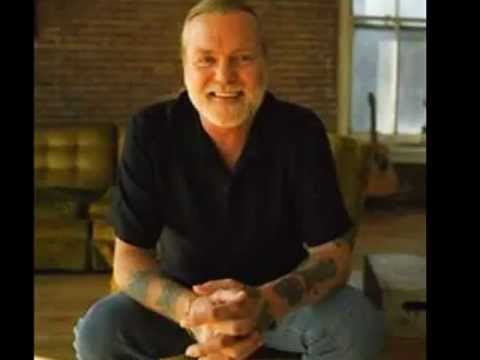 The Gregg Allman Band - The Brightest Smile In Town 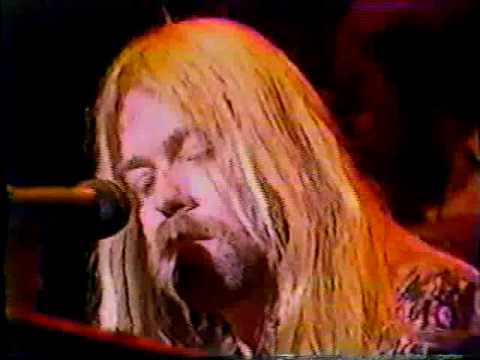