The Grass Roots is an American pop and rock band that began as the studio based brainchild of songwriting duo P.F. Sloan and Steve Barri, yet soon an actual group came into being that was one of the biggest touring bands of the late 60s. Between 1966 and 1975 they had a series of major hits, most notably "Let's Live for Today", "Midnight Confessions", "Sooner or Later", "Temptation Eyes", and "Two Divided by Love", which helped define the essence of the era's AM radio. During this period they ch...

The Grass Roots is an American pop and rock band that began as the studio based brainchild of songwriting duo P.F. Sloan and Steve Barri, yet soon an actual group came into being that was one of the biggest touring bands of the late 60s. Between 1966 and 1975 they had a series of major hits, most notably "Let's Live for Today", "Midnight Confessions", "Sooner or Later", "Temptation Eyes", and "Two Divided by Love", which helped define the essence of the era's AM radio. During this period they charted 14 U.S. Top 40 hits, including seven gold singles and one platinum single, and albums that collected their singles almost effortlessly went gold.

The group's history is fairly complicated, because there were at least three different bands involved in the making of the songs identified as being by "the Grass Roots." The Grass Roots was originated by the writer/producer team of P.F Sloan and Steve Barri as a pseudonym under which they would release a body of The Byrds-style folk rock with pop influences. Sloan and Barri were contracted songwriters for Trousdale Music, the publishing arm of Dunhill Records, which wanted to cash in on the folk-rock boom hitting its stride in 1965.

Dunhill asked Sloan and Barri to come up with this material as well as a phony group alias under which they would release it. The resulting "Grass Roots" debut song, the Byrds pastiche "Where Were You When I Needed You", was sung by Sloan and soon sent to a Los Angeles, California radio station, which began playing it almost immediately. The problem was, naturally, that there was no "Grass Roots" at that point.

The next step was to recruit a band that could become "The Grass Roots". Sloan found a San Francisco based rock group called the Bedouins that seemed promising on the basis of their lead singer, musician Bill Fulton. Fulton recorded a new vocal over the backing tracks laid down for the P.F. Sloan version of the song. The Bedouins were, at first, content to put their future in the hands of Sloan and Barri as producers, despite the fact that the group was more blues-oriented than anything like the psychedelic folk being created. However, the rest of the group felt very offended when Fulton was told to record their debut single, a cover of Bob Dylan's "The Ballad of a Thin Man," backed by studio musicians.

When that single, released in October of 1965, became only a modest hit, every member of the Bedouins except for their drummer, Joel Larson, departed for San Francisco once again to re-form as The Unquenchable Thirst. Sloan and Barri continued to record. The re-vamped "Where Were You When I Needed You" was widely released in mid-1966 and peaked at number 28. Yet the album of the same name never charted, leaving things in flux.

Amid the machinations behind "Where Were You When I Needed You", the songwriters argued amongst themselves that it remained a problem that no "real" Grass Roots band existed in 1966. A possible solution came along when a Los Angeles based band called the 13th Floor submitted a demo tape to Dunhill. This group, consisting of Warren Entner (vocals, guitar, keyboards), Creed Bratton (lead guitar), Rob Grill (vocals, bass), and Rick Coonce (drums), was recruited and offered the choice of recording under their own name or taking over the name "The Grass Roots" by putting themselves in the hands of Sloan and Barri and drawing advantage of the Grass Roots' at least moderately successful track record. They chose the latter, with Rob Grill as primary lead vocalist.

The first track cut by the new Grass Roots in the spring of 1967 was a new version of a song that had been an Italian hit, in a lighter, more uptempo version, for a British band called The Rokes. "Let's Live for Today" was an achingly beautiful, dramatic, and serious single, and it shot into the Top 10 upon its release in the summer of 1967. An accompanying album, 'Let's Live for Today', only reached number 75 but gained a significant fan following.

The group began spreading its wings in the studio with their next album, 'Feelings', which they recorded late in 1967. Said work emphasized the band's material over Sloan and Barri's singles. This was intended as their own statement of who they were, but it lacked the broad commercial appeal of anything on 'Let's Live for Today', sold poorly, and never yielded any hit singles. Eleven months went by before the group had another chart entry, and, during that period, Sloan and Barri's partnership broke up, with Sloan departing for New York and attempting a performing career of his own.

The band considered splitting up as all of this was happening. The Grass Roots' return to the charts (with Barri producing), however, was a triumphant one. In the late fall of 1968, "Midnight Confessions" reached number five on the charts and earned the band a gold record, still receiving airplay to this day. "Midnight Confessions" showed the strong influence of Motown's singles on the group, and the R&B flavor of the song stuck with Barri and the band.

In April of 1969, Creed Bratton left the band, to be replaced by Denny Provisor on keyboards and Terry Furlong on lead guitar. Now a quintet, the Grass Roots went on cutting records without breaking stride, enjoying a string of Top 40 hits that ran into the early '70s, peaking with "Temptation Eyes" at number 15 in the summer of 1971. Coonce and Provisor left at the end of 1971, to be replaced by Reed Kailing on lead guitar, Virgil Webberon keyboards, and Joel Larson , of the original Bedouins/Grass Roots outfit, on drums. They arrived just in time to take advantage of the number 16 success of "Two Divided by Love," which was the last of the Grass Roots' big hits.

The Grass Roots soldiered on for a few more years, reaching the Top 40 a couple of times in 1972, but their commercial success slowly slipped away during 1973. They kept working for a few more years, but called it quits in 1975. Rob Grill remained in the music business on the organizing side, and by 1980 was persuaded by his friend John McVie to cut a solo album, "Uprooted" , which featured contributions by Mick Fleetwood and Lindsay Buckingham of Fleetwood Mac. By 1982, amid the burgeoning oldies concert circuit and the respect beginning to be accorded the Grass Roots, Grill formed a new Grass Roots, sometimes billed as "Rob Grill and the Grass Roots" and began performing as many as 100 shows a year. Their presence on various oldies package tours have seen to it that the Grass Roots name remains visible in the '90s.

Individuals Associated With the Band:

CREED BRATTON: (guitar) Creed recorded with The Grass Roots from 1966-1969. He left the band to purse an acting career and works in that field to this day. Creed has recently formed a band with Dick Dodd of The Standells so watch for them soon.

RICK COONCE: (drums) Rick pounded the skins from 1966-1971 and was known for his trademark mutton-chop sideburns. Rick's high-energy drumming style set the pace for many of the Grass Roots' early hits. Rick also co-wrote the title track to the Feelings album.

WARREN ENTNER: (vocals, guitar & keys) Warren was with The Grass Roots longer than any other member besides Rob Grill. Warren sang numerous hits and sang many duets with Grill, including Midnight Confessions. Warren has stayed in the music business and currently has his own artist management company.

BILL FULTON: Bill was the original lead singer of the band in 1965. He sang the original vocal on Where Were You When I Needed You. By the end of 1966 he had departed from the group.

ROB GRILL: (vocals & bass) Rob has been the lead singer for the band since its inception. His vocal style is the basis for the Grass Roots' sound. He has appeared on every album and continues to tour today with his own version of the band.

REED KAILING:(guitar) Reed played with the band from 1972-1974 and was featured on the albums Move Along and Alotta Mileage.

REGGIE KNIGHTON: (guitar) Reggie joined the Grass Roots when it went back to a four piece in 1975. He was on the album entitled The Grass Roots. Shortly after his tenure with the group Reggie signed a solo record deal with CBS Records and released two albums in the late seventies. (see solo album cover above)

JOEL LARSON: (drums) A veteran of numerous L.A. bands, Joel was a member of the Grass Roots in 1964-5 when the band had only recorded a few singles. Larson left before the group's first album release to join The Merry Go Round with Emmitt Rhodes, only to return in 1972 and stay through the last several album releases. After the Grass Roots stopped playing together, Larson went on to record & tour with Lee Michaels and played on Lee's smash hit, Do Ya Know What I Mean.

DENNIS PROVISOR: (keys & vocals) While many Grass Roots songs were penned by writers outside the group, Provisor was the most prolific songwriter in any incarnation of The Grass Roots. While his trademark may be the hit Walking Through The Country, Provisor has penned some great & still greatly underrated songs like Monday Love & I Can't Turn Off The Rain. Dennis fronts his own band and tours the midwest on a regular basis.

VIRGIL WEBER: (keyboards) Virgil recorded & toured with the Grass Roots from 1972-1974 and recorded with the then fivesome on Move Along and Alotta Mileage. After Weber left the group he remained busy doing recording sessions & tours with many artists including Donna Summer.

2. The original name of the band that in 1965 became Love. Read more on Last.fm. User-contributed text is available under the Creative Commons By-SA License; additional terms may apply. 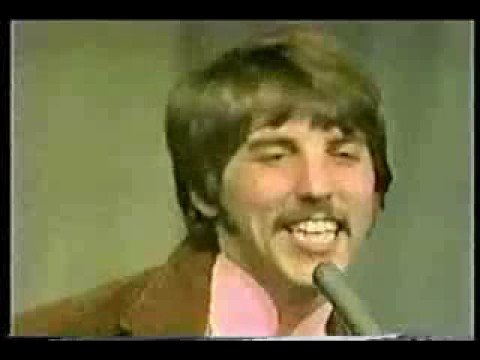 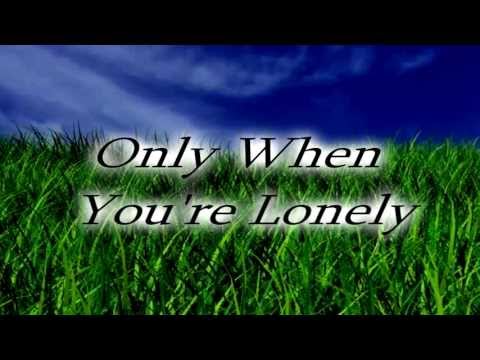 Only When You're Lonely 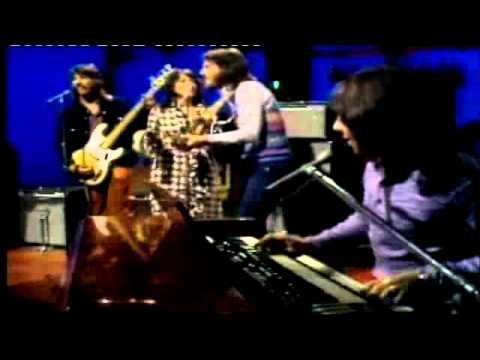 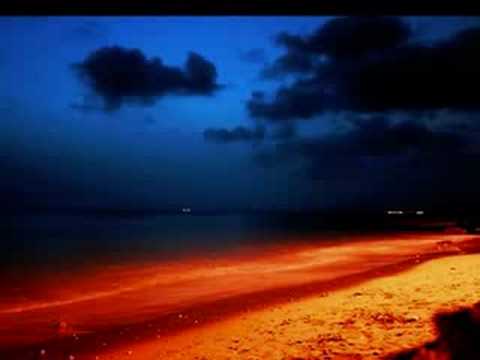 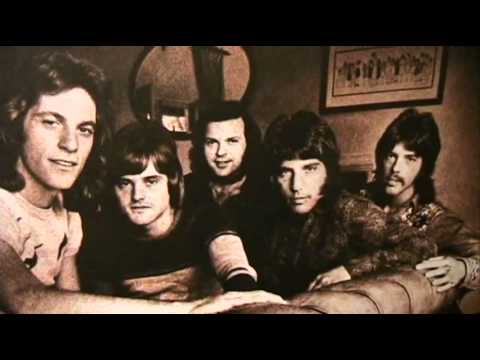 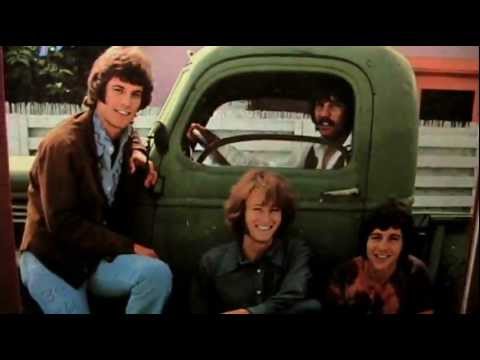 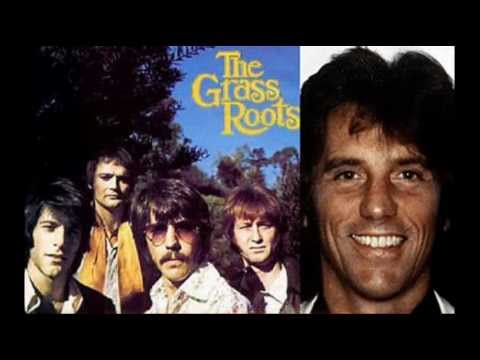