Quotes and Endorsements… "If a young Paul Simon and Art Garfunkel had ever gathered with Brian Wilson and the young Beach Boys and formed a Nashville string band, it might just have sounded like The Farewell Drifters." - Zachary Greenberg, The Nashville Review "Don't call them traditionalists: The Farewell Drifters borrow from Nickel Creek's playbook with clean, graceful tunes that pair pop songwriting with an awful lot of acoustic strings." - Spencer Griffith, Independent Weekly (Chapel Hill,...

"If a young Paul Simon and Art Garfunkel had ever gathered with Brian Wilson and the young Beach Boys and formed a Nashville string band, it might just have sounded like The Farewell Drifters."
- Zachary Greenberg, The Nashville Review

"One of the more pleasant discs I sonically supped all year. In the middle between acts like Chatham County Line and The Avett Brothers. An undefinable talent here too, something akin to what Townes Van Zandt was onto when he penned "Blue Ridge Mountains""
-Davis, Creative Loafing

"One of the most striking new bands, a young Nashville based quintet, that plays with the fire of the New Grass Revival, and, in the words of one gushing reviewer, “making folk music hip again.”"
- Dave Higgs, Bluegrass Breakdown, NPR


With their shimmering harmonies, gently propulsive acoustic instrumentation, and disarmingly honest songwriting, the Farewell Drifters have arrived at an engaging, inventive musical hybrid all their own – pure, but not so simple; accessible and welcoming, yet highly personal. Since first setting out over four years ago, the young quintet have casually but clearly defied any preconceptions based on their lineup (two acoustic guitars, mandolin, fiddle, upright bass), delighting audiences from all walks with a sound that suspends classic elements in fresh new surroundings. “We’re finding that this music reaches a wide variety of people,” says co-founding lead vocalist, guitarist, and songwriter Zach Bevill. “It reaches the traditional music fans, it reaches the folk and singer/songwriter fans…we’ll play at rock clubs and people go nuts over the energy that is coming off the stage with the acoustic instruments.”

The exploratory zeal of the Farewell Drifters was born out of an open-minded upbringing, with neither Zach nor Josh immersed in traditional music (and its often stringent, inflexible practices) from an early age. Growing up (Zach in Peoria, Illinois, Josh in Franklin, Kentucky), they were both fascinated with an array of music, with a shared fondness for the Beatles and the revolutionary pop music of the ‘60s. They gravitated towards acoustic music and singing harmony together as they entered college, meeting on the campus of Belmont University – where Zach was a student. The Farewell Drifters emerged soon after that meeting, in embryonic form, with Josh (who had only just started playing mandolin), Zach, and Clayton, who applied his ferocious electric guitar chops to an acoustic instrument with stunning results. Bassist Dean Marold joined in early 2008, and fiddler Christian Sedelmyer in the summer of 2009.

Word started to spread about the Farewell Drifters, and they became an underground acoustic sensation, landing coveted spots at festivals like Grey Fox and MerleFest and dazzling audiences in listening rooms, coffeehouses, rock clubs, and anywhere else they could continue to hone their craft. The release of Yellow Tag Mondays marks the culmination of what they have been working diligently on for years, and yet is only the first step in what promises to be a compelling, rewarding journey. “It’s hard to imagine,” Josh reflects. “When we first came to Nashville, we barely knew how to play. We were just a bunch of kids. With this record, we spent a lot of time picking the right songs, rehearsing, developing the arrangements, and actually writing for the album. This was very thought out and thematic in terms of what we were trying to say – a feeling we were trying to put across. It’s just our point of view, and our feelings about life…”
Read more on Last.fm. User-contributed text is available under the Creative Commons By-SA License; additional terms may apply. 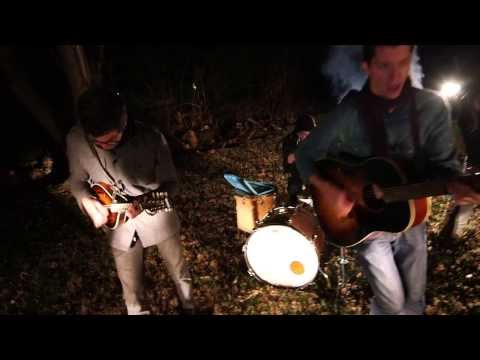