1. An 80s Goth/Postpunk band from the Netherlands. 2. From the clubs of Melbourne, to the Filmore Irving Plaza in New York City, The Eternal has build a momentum unrivalled by any other Australian independent band in the heavy rock / metal scene. Taking ‘Kartika’ on the road across Australia, Portugal, Spain, Holland, Belgium, Germany, Finland, Hungary and for the first time Japan, Canada, USA and Mexico saw The Eternal secure major shows across the world. If breaking in to the much sought aft...

1. An 80s Goth/Postpunk band from the Netherlands.

2. From the clubs of Melbourne, to the Filmore Irving Plaza in New York City, The Eternal has build a momentum unrivalled by any other Australian independent band in the heavy rock / metal scene. Taking ‘Kartika’ on the road across Australia, Portugal, Spain, Holland, Belgium, Germany, Finland, Hungary and for the first time Japan, Canada, USA and Mexico saw The Eternal secure major shows across the world.

If breaking in to the much sought after Japanese market wasn’t enough, The Eternal relished playing on the bill of the Firebox Metal Festival in Finland with major players such as Katatonia and Swallow the Sun. Continuing the surge, The Eternal supported Tarja (ex-Nightwish) on the North American leg of ‘The Storm Returns’ tour, and rounded off the ‘Kartika’ World Tour by supporting long time influence Anathema in Mexico City. On their return home the band played to an enthusiastic home crowd supporting Finnish Rockers The 69 Eyes. The Eternal can now boast being one of the only Australian bands to have successfully achieved a 32 date cross continental tour without the support of a major label.

Forming in Melbourne in 2003, The Eternal signed a two-album deal with Firebox Records of Finland on the strength of their self-titled promotional EP. Their debut album for Firebox ‘The Sombre Light of Isolation’ was released worldwide in June 2004 and received glowing reviews in both mainstream and underground media around the globe. The band was named in Kerrang! magazine's '50 Bands You Need To Know Right Now'. In support of this album, The Eternal toured Australia, Hong Kong, continental Europe, UK and Finland in late 2004, and upon return immediately set about writing material for their second album ‘Sleep of Reason’.

Recorded early in 2005, ‘Sleep of Reason’ extended The Eternal's sound from their debut work. It was produced and recorded by Endel Rivers at Palm Studios in Melbourne, and mastered by Mika Jussila (Amorphis, Nightwish) at Finnvox Studios in Helsinki. The album's sleeve-art was created by Travis Smith (Opeth, Katatonia, Anathema) based on the etching 'El sueño de la razon produce monstruos' by Francisco de Goya.

After touring Australia extensively for the release of ‘Sleep of Reason’ and playing to well over 15,000 people in their home country on various tours including national supports for Finnish rockers HIM and Swedish death/prog masters Opeth, the band set off for their second tour of Europe in May 2007. The tour saw the band return to Portugal, Germany, Hungary, Belgium and the Netherlands. On their return home, the band went about completing and compiling three years worth of demo material for what would soon become ‘Kartika’.

Released in late 2008, ‘Kartika’ was the band’s most diverse and ambitious album to date. With lush vocal harmonies and carefully detailed arrangements, ‘Kartika’ took the listener through varied soundscapes, from the emotive ‘Brighter Day’ and ‘Walk Beside You’ to the eastern influenced epic ‘Blood’. Catchy, melodic, dark and beautiful, The Eternal did not sit safely behind the sound created on their previous albums, and in turn, pushed forward and broke new ground. ’Kartika’ was recorded at several studios in Australia including Mixmasters Studios, Adelaide and Palm Studios in Melbourne. It was mixed in Tallinn, Estonia by Endel Rivers at Palm Studios II and mastered at the renowned Crystal Mastering, Melbourne, Australia by John Ruberto. 'Kartika' also saw the beginning of the bands ongoing relationship with Japanese label 'Stay Metal Records'.

In late 2009 the band commenced work on their fourth album 'Under A New Sun'. In order to help them achieve their vision, The Eternal enlisted multi-instrumentalist, multi-platinum selling artist Jeff Martin (The Tea Party) to produce the album. Engineering the album was Paul Pilsneniks, who had worked with such artists as The Living End, The Mars Volta, Silverchair and Alanis Morissette. The Eternal also called on acclaimed Finnish keyboard player Maria Ilmoniemi (Tarja / Husky Rescue) to contribute. The album saw The Eternal experimenting more with the rock & eastern elements of their sound. The album was followed by a difficult time for the band with drummer Marty O'Shea breaking his hand on the first date of the 'New Sun' tour & Japanese dates being cancelled due to a Tsunami in Tokyo on the eve of the tour. Feeling warn out and a deluded with the current state of things the band consisting of O'Shea, Kelson & Langlands took a short break to refocus.

In 2010 new enthusiasm was brought into the band with the addition of talented second guitar player Brad Cook, a long time fixture in the Melbourne scene. The addition of Brad to the line-up helped to refocus the band and encourage them to commence work on what is to be the bands fifth studio album 'When The Circle of Light Begins to Fade'. Martin Curtis-Powell (Cradle of Filth / My Dying Bride / Anathema) also stepped in to contribute a fresh and exciting approach to the Keyboards on the album.

The Eternal's frontman and long time songwriter Mark Kelson has this to say on the new album; 'We are approaching this recording quite differently than our previous albums, usually we have very comprehensive and complete demos, but we have decided to start tracking at the basic idea stage and see where it takes us. As for the material, I have spent a lot of time reflecting over our back catalogue and everything we have achieved since we formed at the start of 2003 and I really wanted to write an album that reflects all the elements of our sound. I feel the new material takes elements of 'Sleep Of Reason', 'Kartika', 'Under A New Sun' & even 'The Sombre Light of Isolation' and blends them all together. We will still approach the new material very melodically as we always have done, but I have a feeling this will be a little heavier and darker than 'Under A New Sun' as the last year has been hard for me on a personal level and I feel that comes across in many of the songs composed thus far. I have always seen this band as a form a therapy for all of us, so its great to be getting back in the studio and be getting all our demons out again. This will also be my first album as sole producer, over the years working with so many people and not always getting 100 percent of what I believe the band needed, I have decided it's my turn to step up and shape the final vision.'

A stronger, revitalised band are about to not only celebrate the release of their fifth full length album but also celebrate the 10th anniversary of the band. With ten years, five albums and shows all around the world under the bands belt, The Eternal are entering a new decade with their darkest and heaviest album since the internationally acclaimed 'Sleep of Reason'. 'When The Circle of Light Begins to Fade' promises to keep fans old and new happy with the band not only pushing forward to experiment with new things but also embracing the sound that helped shape the band. Read more on Last.fm. User-contributed text is available under the Creative Commons By-SA License; additional terms may apply. 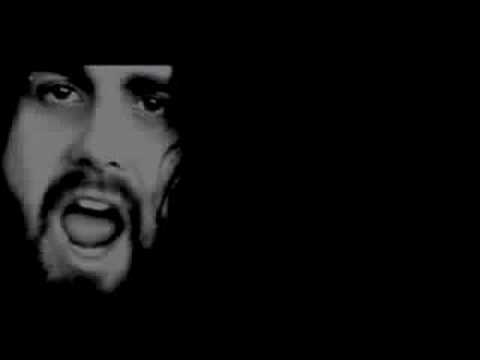