After Little Star dominated the radio, the band, still in their teens, toured with artists such as Buddy Holly, Dion and the Belmonts, Chuck Berry and Jerry Lee Lewis. However, none of their subsequent singles reached the success of Little Star and eventually the band fizzled out.

In the late 1960s, lead singer Vito Picone restarted the group, this time with three new vocalists Fred Redmond, Nino Amato and Bruce Copp. The core of this group is still together and to this date have not stopped touring around country. They can be seen annually performing at the San Gennaro Festival in Little Italy, Manhattan.

Mention The Elegants and you will say "Little Star". I doubt if many of you can think of any other title by the group. Like the Silhouettes and the Hollywood Argyles (not to mention Kyu Sakamoto and the Singing Nun), the Elegants have the dubious distinction of hitting the number one spot on the pop charts and then dropping out of sight completely.

The Elegants were formed in 1957, but two of the founding members, Vito Picone and Carman Romano, had previously sung (and recorded one single, "Darling Come Back") with a short-lived quartet called Pat Cordel and the Crescents. Pat Cordel (real name Patti Croccitto) was the 15-year old female lead singer of the group and the three male members were not much older. Picone and Romano were not about to give up and recruited James Moschella, Frank Tardogno and Arthur Venosa to form a new group. All five members came from Staten Island, New York. While practicing and playing local talent shows and dances, they picked up a 19-year old manager, Kathy Watts, who schooled them choreographically and musically.

In late 1957, Picone and Venosa wrote "Little Star", based on the nursery rhyme "Twinkle Twinkle Little Star" (the melody of which was NOT originally composed by Mozart, in spite of what many sources will have us believe). It went down very well at their performances, but as they did not yet have a recording contract, they could not record it. When the Elegants learned that another Staten Island group called The Secrets were about to record "Little Star" for Decca, they feverishly set about the task of finding a record deal. Enter Blanche Kaslin. In 1955, Blanche (Bea) Kaslin, comptroller for Al Silver's Herald label in New York, had formed her own label, Hull (and later Mascot). Working from two rooms at 1595 Broadway, Kaslin produced a number of vocal group classics such as "A Thousand Miles Away" by the Heartbeats, "Been So Long" by the Pastels, "Book Of Love" by the Monotones, and, later, "Daddy's Home" by Shep and the Limelites. Kaslin recognized the hit potential of "Little Star" immediately. She signed the Elegants to Hull and recorded the song in April 1958, along with its B-side, the quite different "Gettin' Dizzy", a straightforward rocker. But the record would not come out on Hull. From past experience, Kaslin knew that she could not bring home a hit on her own small label. So, to avoid distribution problems, she leased the master directly to ABC-Paramount without ever releasing it on Hull. "Little Star" was one of five inaugural releases on Apt Records, a subsidiary launched by ABC-Paramount in May 1958. By July the record was selling 80,000 copies a day and on August 25th it hit # 1 (for 1 week), a tremendous achievement for a debuting group. The importance of "Little Star" went beyond the record's own success : the sound influenced many young white groups of the late 1950s and early 60s, such as The Capris, the Mystics, Randy and the Rainbows and the Passions.

The follow-up Apt single, "Please Believe Me"/"Goodnight" was issued in October 1958, in the style of Dion and the Belmonts. Although it had widespread intial airplay, it never even touched the Top 100. After another flop in the shape of "True Love Affair", ABC dropped the group. Kaslin held on to the quintet for one more release on Hull, "Little Boy Blue", another nursery rhyme, but this made no impact either, nor did two United Artists singles in 1960. When Vito Picone was injured in an accident in 1961, the remaning group members decided to go it alone, prompting Vito to pursue a solo career when he recovered. In 1965 he was signed to Laurie Records and recorded a few singles with a new group as Vito and the Elegants. After a period of musical inactivity, Picone reformed the Elegants in the late 1970s and recorded an LP with them (their only album) called "A Knight With the Elegants". Since then, Picone has reassembled various groups, called them The Elegants and played the oldies circuit. They are still based on Staten Island.

Along with Dion and the Belmonts, the Elegants were one of the best and most influential white doo-wop groups. But the records they released all tended to sound like "Little Star" and the group never regained their momentum after that colossal hit.

"Little Star" was the only million seller for the group, and was written by Venosa and Picone. It spent 19 weeks in the Billboard Hot 100, earning gold disc status.
The song reached number 25 in the UK Singles Chart in September 1958.
After "Little Star" dominated the radio, the band, still in their teens, toured with artists such as Buddy Holly, Dion and the Belmonts, Chuck Berry and Jerry Lee Lewis. However, none of their subsequent singles reached the charts at all making them a prime example of one-hit wonders.
In early 1970s, lead singer Picone returned to the group replacing Tardogno as the lead singer. That group comprising Vito Picone, Freddie Redmond, Nino Amato and Bruce Copp have been together ever since and to this date, have not stopped touring. They can be seen annually performing at the San Gennaro Festival, in Little Italy, Manhattan, New York.
According to the Elegants website, Freddie Redmond died of emphysema in 2006, and was replaced by original member, James Moschella. As of 2012, the Elegants are still performing at concerts and events throughout the United States, under the name "Vito Picone & The Elegants". They still perform "Little Star", as well as their interpretations of many golden oldies. The Elegants band consists of Mike Catalano on bass guitar, Joe Lucenti on lead guitar, Mark Garni on keyboards and Sal Albanese on drums.
Moschella performed with The Charts in the 1980s. 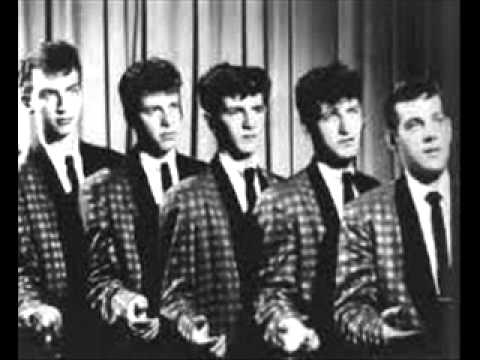 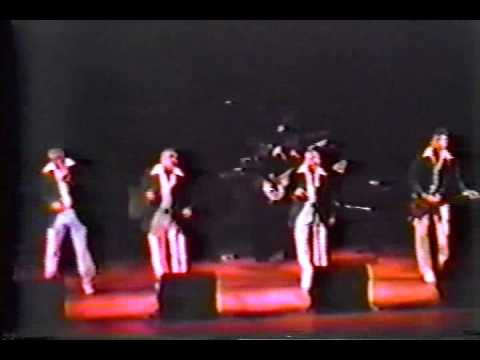