Edsel Auctioneer was a band formed in Leeds in 1988 by Ashley Horner (guitar/ vocals), Phil Pettler (bass/ vocals), Aidan Winterburn (vocals, guitar) and Chris Cooper (drums). They were named after the ill-fated Ford automobile whose front grille was supposed to have resembled a woman's pudenda. Best friends with Pale Saints, they lived on the same street in Leeds, Harold Avenue (which spawned the so-called Voice of the Harolds). In early '88 they recorded a number of songs for a small indie lab...

Edsel Auctioneer was a band formed in Leeds in 1988 by Ashley Horner (guitar/ vocals), Phil Pettler (bass/ vocals), Aidan Winterburn (vocals, guitar) and Chris Cooper (drums). They were named after the ill-fated Ford automobile whose front grille was supposed to have resembled a woman's pudenda. Best friends with Pale Saints, they lived on the same street in Leeds, Harold Avenue (which spawned the so-called Voice of the Harolds). In early '88 they recorded a number of songs for a small indie label in Glasgow (including Blind Hurricane) but this never got released. Instead the songs found their way to John Peel who described in Offbeat magazine the moment he heard the cassette he drove off the A12 to Suffolk in shock. Peel subsequently invited the band into Maida Vale to do a session. They recorded four songs (Brickwall Dawn, Blind Hurricane, Between Two Crimes and Place In the Sun) and it was broadcast in late 1988 and again in 1989. On the back of this they signed to Decoy Records, a sub-division of Rhythm King records that also was the home of Mega City Four. They recorded their first single Our New Skin/ Strung in Camden with Iain Burgess (friend of Steve Albini) and followed this with an EP Stickleback/ Bed, Table, Chair/ Necessary Disease and Unbroken Line. These first two releases were collected as a mini-album Voice of the Harolds. The music has often been classified as something like Dinosaur Jr, Husker Du and My Bloody Valentine, although there were also traces of the Byrds, the Monkees and sixties garage bands as well as the Go-Betweens and the Pixies.
At this time, they were moderately successful in the UK, supporting bands like Teenage Fanclub, Neds Atomic Dustbin, Senseless Things, the Telescopes, Buffalo Tom, Silverfish, the Lemonheads and the Wedding Present. They were televised on Transmission an early morning ITV show and Snub TV on BBC2 (http://www.youtube.com/watch?v=UEuu0A_LdbE) where Aidan Winterburn the lead singer can be seen attempting to stop security beating up his brother in the crowd.
Chris Cooper left in '92 to pursue the increasingly successful Pale Saints and Tris Williams joined the band as replacement.
Edsel Auctioneer recorded their first proper album Simmer with Chris Nagle (who had produced the Charlatans) in Edinburgh and Strawberry Studios in Stockport in late 1990. The label had financial problems and the album didn't see the light of day for nearly a year by which time alot of momentum had dissipated. The album spawned a series of singles including Starfish (which included a cover of Madonna's Borderline) and Undertow through '92 and '93. The label subsequently folded and the Edsels were forced to look for another label. Alias Records (home to Archers of Loaf and Yo La Tengo) came to the rescue in '93 after they played the CMJ festival in New York and toured the US. Their second album the Good Time Music of... was recorded in Huddersfield summer 1994 by Steve Whitfield (engineer of the Cure) and released by Alias in 1995. The album saw a growing maturity, spanning a number of genre, including noise, bubblegum pop, grunge and country. The album spawned one single Summer Hit, an atypically breezy bubblegum pop song with Meriel Barham from Pale Saints singing back-up. The album also had a guest spot from Paul Yeadon from Bivouac. The album sank with little trace and the band broke up in late 1995 with various kinds of job and family obligations taking over.
Phil Pettler and Chris Cooper can now be heard in Leeds pop-punk band the Terminals (Lorimer as was), Aidan Winterburn is a lecturer at Leeds Metropolitan University and writes for Grafik magazine in the UK and Ashley Horner is a film-maker in Newcastle running a film production company. His feature film 'brilliantlove' (aka The Orgasm Diaries) screened at the Tribeca and Edinburgh Film Festivals and was released by IFC in the US and Soda Pictures in the UK in 2010 to critical acclaim. Read more on Last.fm. User-contributed text is available under the Creative Commons By-SA License; additional terms may apply. 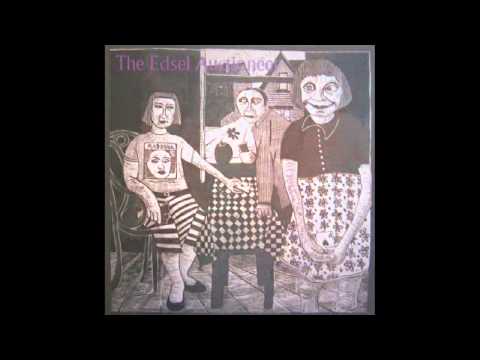