The Echocentrics is a new band from Austin-based Grammy award winning producer Adrian Quesada, a member of Grupo Fantasma, and one of the minds behind bands like Ocote Soul Sounds, and Brownout. Teaming up with Argentinean singer Natalia Clavier and Brazil-based Tita Lima, he has carved out a southern-fried, laid back, and psychedelic-tinged album to be released in late spring 2011. Quesada plays an interesting cross-cultural game of musical ping pong mixing multiple languages (songs are sung i...

The Echocentrics is a new band from Austin-based Grammy award winning producer Adrian Quesada, a member of Grupo Fantasma, and one of the minds behind bands like Ocote Soul Sounds, and Brownout. Teaming up with Argentinean singer Natalia Clavier and Brazil-based Tita Lima, he has carved out a southern-fried, laid back, and psychedelic-tinged album to be released in late spring 2011.

Quesada plays an interesting cross-cultural game of musical ping pong mixing multiple languages (songs are sung in a mix of English, Portuguese and Spanish) and influences from the likes of Tim Maia and Rita Lee, Serge Gainsbourg, and David Axelrod. Buckets of spring reverb, huge doses of psyched out farfisa and electric harpsichord, and super-heavy drums back soulful vocals. Quesada recalls classic American funk and low-rider soul, but shades everything with a South American twist. As the Austinist blog said, this is “World music for people who tend to blanch at the very idea of it, maybe.” At times The Sunseekers album sounds like the lost Morricone soundtrack to a sun scorched Tarantino movie scene that’s dosed in peyote. But the album also reaches breezier heights as Quesada weaves in exotic elements of Afrobeat, Latin funk, and Brazilian folk.

While perhaps best known as one of the minds behind Grupo Fantasma, Brownout and Ocote Soul Sounds, Quesada was also one of only twenty musicians (worldwide) nominated for the 2010 Rolex Mentor and Protege Arts Initiative to be mentored by the legendary Brian Eno. The Echocentrics is his first project where he is solely in the driving seat as producer and band leader. “The Echocentrics project is something I have been working on mostly alone for the last 5-6 years. I have about 50-60 sketches of funky and psychedelic soul songs. It is a vision I “heard” and working on them became an excuse to simply make something I would personally listen to, to fill a void.”

To complete his outernational vision he called upon the talents of guest singer Natalia Clavier. She is the wife of Frederic Aubele (ESL recording artist) and has appeared on his music, and on records by ESL-owners the Thievery Corporation. Her vocal partner on the album is Tita Lima who has appeared on the Ubiquity-released Ohmega Watts “Watts Happening” album and is the daughter of Liminha, bass player for Os Mutantes. “They helped expand the vision and created a sound that was sensual and soulful but still somewhat dusty and raw, which is something I personally miss in a lot of so-called “groove music” utilizing a female voice,” explains Quesada. “I speak Spanish fluently and I sometimes prefer non-English lyrics as its less oratory and the voice becomes more of an instrument.”

It’s no surprise that Quesada picked Southern Americans as vocalists as it was a little known Peruvian band, Los Pasteles Verdes, and in particular their bolero (ballad) “Esclavo Y Amo,” who were a big inspiration for the album. Quesada discovered the track nearly a decade ago and it set the vision for Sunshadows. The original is a catchy psychedelic soul obscurity that takes the form of an American soul ballad and spits it back-out dripping in lo-fi South American charm, “The minute I heard it I was so inspired,” says Quesada. “It was so funky and tripped out yet, simultaneously tragic sounding. The tape delay on the vocals intensified the sadness in the vocals and I actually thought the singer was female at first which is what inspired me to write for a female voice.”

The band weaves through ballads and cinematic instrumentals building steam to reach the faster tempo Latin-funk of “Dudar” and the hybrid Afro-beat/Brazilian flavored “Mundo Pequeno.” On “Don Alejo” they deliver a spaghetti western style head-nod-inducing instrumental, while the string-laden “Crescent Sun” is cruise-ready top-down Austin funk. “I would say the sound we’re going for is bigger than just a reflection of the sound of Austin,” says Quesada. “It’s also the sound of Buenos Aires, Rio de Jaineiro, Brooklyn, Barcelona, etc etc.”

Echocentrics shows are already in the works, with a kick-off at SXSW 2011. Quesada promises that the live show will be “a stripped down affair that is all live and organic - a little more aggressive than the record and so far, in practice, sounds like a mix of early 1970s Curtis Mayfield and Bill Withers running through a PA that’s hooked up to a Roland Space Echo.” Read more on Last.fm. User-contributed text is available under the Creative Commons By-SA License; additional terms may apply. 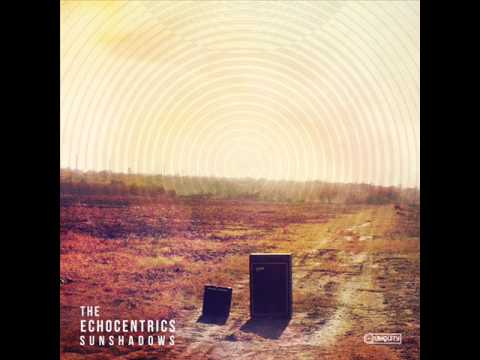