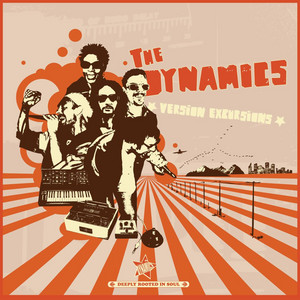 There are multiple bands named 'The Dynamics'. If you are looking for the band called 'Dynamics' their artist page is here 1.) The Original "The Dynamics" In 1969 The Dynamics released First Landing, their first album on Cotillion Records. A smooth slice of soul called “Ice Cream Song” garnered substantial airplay on R&B radio stations, but almost as quickly as the band appeared on the scene, they evaporated into the patchouli haze of psychedelic soul that dominated the airwaves towards the...

There are multiple bands named 'The Dynamics'. If you are looking for the band called 'Dynamics' their artist page is here

1.) The Original "The Dynamics"

In 1969 The Dynamics released First Landing, their first album on Cotillion Records. A smooth slice of soul called “Ice Cream Song” garnered substantial airplay on R&B radio stations, but almost as quickly as the band appeared on the scene, they evaporated into the patchouli haze of psychedelic soul that dominated the airwaves towards the end of the ‘60s. Though a second album, What a Shame, briefly placed the Dynamics back on the radar of soul music fans in 1973, the legacy of the group was relegated to cult status. Thanks to David Gorman and Michael Nieves at Hacktone, First Landing has been lovingly unearthed so that a contemporary audience can savor a long forgotten entry in the canon of ‘60s soul music.

The Dynamics were Zeke Harris, George White, Fred Baker, and Samuel Stevenson: four vocalists from Detroit whose different vocal styles blended into one lustrous whole. Under the management of Ted White, who had escorted his wife Aretha Franklin from Detroit down to Muscle Shoals for her legendary Atlantic recording sessions, The Dynamics were similarly transplanted to American Studios in Memphis to catch some of the magic that catapulted Franklin to “Queen of Soul”. Shaping the group’s sound were producers Tommy Cogbill and Chips Moman, a team whose Midas touch spun pop gold on records by Elvis Presley (“Suspicious Minds”), Wilson Pickett (“I’m in Love”), the Box Tops (“Cry Like a Baby”), and Neil Diamond (“Sweet Caroline”).

Like their Detroit brethren, the Temptations , the Dynamics alternated lead vocalists. The versatile voice of Zeke Harris, who fronts eight of the 12 tracks on First Landing, defined the group’s sound. He approached his performances with nuance and a keen interpretation for the lyrics. As for the other lead vocalists, George White possessed an Eddie Kendricks-like falsetto and Fred Baker supplied the grease to the Dynamics’ southern fried Detroit soul.

Pretend for a moment that it’s 1969, when First Landing was only available as a shiny, round platter of vinyl. (Kudos to the folks at Hacktone for the faithful reproduction of the album’s art.) “Side One” would sport a whole bunch of white rings marking up the grooves; it’s frontloaded with six would-be hits. A groovy little number called “I Don’t Want Nobody to Lead Me On” gets things started followed by “Ain’t No Love At All”, one of the more dramatic tracks on the album that boasts a shimmering unison vocal, reminiscent of the 5th Dimension . “Dum-De-Dum”, which veers close to bubblegum territory based on its title alone, is actually quite a funky workout. Harris, who sings lead on the first five tunes, brings a soulful sweetness to “Ice Cream Song” and gives “Ain’t No Sun” (a Temptations cover) an urgency equaled only by Gene Chrisman’s incessant drumming on the track. Closing side one is “What Would I Do”, which is gently caressed by George White’s angelic tenor and the dreamy notes of Bobby Emmons’ organ.

“Side two” (or tracks seven through 12) is where the album flat-lines just a tad. While the vocalists do their best to imbue the songs with passion, the melodies simply are not as remarkable as those on the flip side. “The Love That I Need” proves that Harris mastered the upbeat material a little better than White. Unlike his vocal on “What Would I Do”, White struggles to keep up with the jaunty rhythm section. Zeke Harris brings some tinge of excitement back on “Too Proud to Change” and George White redeems himself on “I Want to Thank You” with a heaven-bound reading of the line “God knows that I love you”. Fred Baker makes his lone lead vocal appearance on “Since I Lost You”, channeling “Proud Mary”-era Tina Turner during the spoken word section. “Fair Love” and “Murder in the First Degree”, the last two tracks, seem tacked on to just satisfy an even six-song-per-side album.

The Dynamics come correct with their debut album 'Version
Excursions'! Everything from pop, roots, disco, soul & rock is
distilled through their fuzzy hypnotic filters. You should not be
surprised to see Madonna, Curtis Mayfield or the White Stripes on
this tracklisting!

Although virtually unknown one year ago, The Dynamics have created a wave thanks to
their sound and style, washing past the borders of their native (and not so native) France,
to spill the onto the shores of the UK, Europe, North America and Japan. According to vinyl
specialists such as Dusty Groove, Picadilly and Fat City Records, The Dynamics are a
proper phenomenom ! The demand for their 7-inches has prompted reissue after reissue,
selling thousands of copies. And this hunger will be temporarily satisfied with “Version
Excursions”, their first long player which is deeply rooted in Soul!

The album presents covers of tunes that “need to be covered”. It is as quirky and diverse,
as full of clashing influences, as the members themselves. From the villages of Cameroon,
the halls of Harvard, the palaces of Versailles, the boweries of Bristol, to the squares of
Provence, Lyon France's Dynamics create a music that is timeless, both vintage and fresh.
They wield their instruments and machines to build a bed for the innocence and honesty of
this soulful vocal trio. Everything from pop, roots, disco, soul and rock is distilled through
their fuzzy hypnotic filters. The result is a sound that brings you to place, both modern and
nostalgic. You should not be surprised to see Madonna, following Curtis Mayfield or the
White Stripes on this tracklisting.

Band members are:
Mounam (singer, song writer)
Originally from Cameroun, featuring on international projects, Mounam is a main figure on
the Lyon and France music scene, within a 16 years evolution through all the Afro-American styles
(gospel, soul, blues and jazz). Her explosive stage presence pushes the music onto the
edge of control !

Mister Day (singer, song writer, musician)
Known for his solo projects on Rotax, Favorite and his lead singing on Metropolitan Jazz
Affair, Mr Day is indisputedly soul singer number 1 in his native France. With a sweet
golden voice such as his, how can you argue with that title?

Stevie Levi (singer, MC, song writer)
Originally from Bristol UK and largely familiar with British sound sytems, Stevie moved to
Lyon France to join the Dynamics. His style is between Horace Andy, Marvin Gaye and U
Roy, a wide range of influences. On stage, he brings his warmth, passion and a rarely seen
energy to the band.

Patchworks (musician, producer)
Bruno “Patchworks”, now wears the mantle of the”hardest working man in French show
business”. He’s the man behind Metropolitan Jazz Affair and Mr President, working for
various labels, from Paris to Frankfurt, from Chicago to London. He’s in charge of music
and production.

Eric ”Flab Master Flab” (musician, dub wizard)
From Boston US, Flab is described as a musical hobo. From working in recording studios
for the last 10 years, he has twisted enough knobs to create a unique effect technique !! On
stage, his vintage toys feed the “Dynamic sound” with a proper timeless dub quality.
Their best field of expression is definitely live. Their performances receive such a great
response that they truely merit their name !


3) The South African "The Dynamics"

The South African group "The Dynamics" was founded in 1983 in Johannesburg. Members included Jimmy Florence, Steve Howells, Winston Nyaunda and Harvey Roberts. They later reformed briefly twice in the 1990's with a different line up .

4) A British "The Dynamics"

The Dynamics were formed in Headingley, Yorkshire in June 2010. The band consists of Kieran Bowker, Chris Robinson, Mike Boyd and Stuart Mitchell.

5) There is also an Irish band called "The Dynamics"

6) There was also The Dynamics from Seattle, Washington, USA, who were around from 1959 to 1966, after which they evolved into the band known as Springfield Rifle. Read more on Last.fm. User-contributed text is available under the Creative Commons By-SA License; additional terms may apply. 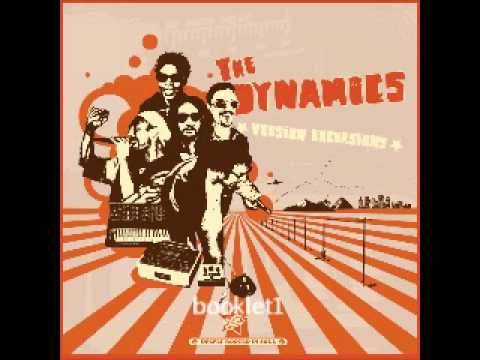 Brothers On the Slide 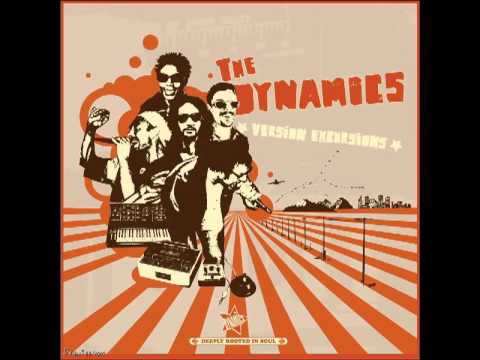