There are two groups known as The Dream Syndicate: 1. The Dream Syndicate is a guitar-driven band from L.A. that formed in 1981 and was originally associated with the Paisley Underground music movement. They split up in 1989. After a long hiatus they emerged with a new album, How Did I Find Myself Here, in 2017 followed by 2019's release, These Times. 2. An ensemble dedicated to the realization of La Monte Young's work, composed of: John Cale (strings), Tony Conrad (strings), Angus MacLise (...

There are two groups known as The Dream Syndicate:

1. The Dream Syndicate is a guitar-driven band from L.A. that formed in 1981 and was originally associated with the Paisley Underground music movement. They split up in 1989. After a long hiatus they emerged with a new album, How Did I Find Myself Here, in 2017 followed by 2019's release, These Times.

The rest of this article describes the first group; for the second, see https://en.wikipedia.org/wiki/Theater_of_Eternal_Music .

While attending the University of California, Davis, Wynn and Smith played together (with future True West members Russ Tolman and Gavin Blair) in The Suspects. Moving back home to Los Angeles, Wynn recorded a single under the name 15 Minutes (as in “of fame”) as his intended farewell to music. He did not follow that course. Rehearsing in a band called Goat Deity, Wynn met Precoda, who had answered an ad for a bass player, and the two joined to form a new group, with Precoda switching to guitar. Smith came to play bass, and brought in drummer Dennis Duck, who had played in the locally successful, Pasadena-based Human Hands.

On February 23, 1982, The Dream Syndicate performed its first show at Club Lingerie in Hollywood. A four-song EP was recorded in the basement of Wynn's house, and released on his own Down There label, and the band quickly achieved local notoriety for its often aggressively long, feedback-soaked improvisations – obvious sources were The Velvet Underground (the Dream Syndicate might be styled an early adopter of Velvets revivalism) and Television, but echoes of the Quicksilver Messenger Service and Credence Clearwater Revival could also be discerned. "It was an overnight thing," Wynn recalled of their success. "There was no dues paying. It was very weird, and it screwed us up in some ways."

The band was signed to Slash Records, whose subsidiary Ruby Records released its debut and by far best album, The Days of Wine and Roses in 1982. The next year saw the UK release of the album's anthemic lead track, "Tell Me When It's Over" (Rough Trade), as the A-side of an EP that also included a live cover of Neil Young's "Mr. Soul."

Kendra Smith left the band and joined David Roback, formerly of the band Rain Parade. They first recorded a single Fell From The Sun on Serpent Records (US) under the name Clay Allison, which was released in the UK by Rough Trade under the moniker Smith, Roeback and Mitchell before transforming into Opal. She was replaced in the Dream Syndicate by David Provost.

The group signed to A&M Records, which released the disappointing album The Medicine Show (1984). Recorded in San Francisco with producer Sandy Pearlman (Blue Öyster Cult, The Clash), it was a time-consuming effort whose arduous genesis contributed to the temporary breakup of the band. They opened tours for R.E.M. and U2 and released This Is Not The New Dream Syndicate Album - Live (1984), the last record to feature Karl Precoda on guitar (who soon after left to pursue a career in screenwriting) and the first appearance of bassist Mark Walton. The band left A&M after the label rejected its demo for "Slide Away" (later released on the semi-official It's Too Late To Stop Now).

In 1985, Wynn and Dan Stuart of Green on Red wrote 10 songs together that were recorded with Dennis Duck, among others, and released by A&M as Danny and Dusty : The Lost Weekend.

After a brief hiatus, Wynn, Duck and Walton joined with Paul B. Cutler (of the proto-Goth 45 Grave) to form the final version of The Dream Syndicate; they recorded two more studio albums, Out Of The Grey (1986), produced by Cutler, and Ghost Stories (1988), produced by Elliot Mazer (producer also of several Neil Young albums, including Harvest and Time Fades Away). A live album, Live at Raji's, was recorded (also by Mazer) before Ghost Stories but released afterward. There is disagreement among fans as to which lineup was the best, but in every permutation the band produced guitar-driven rock music at a time when Lou Reed, David Bowie, Miles Davis and many others were fooling around with drum machines.

Posthumous releases include 3 1/2; The Lost Tapes 1985-1988, a collection of unreleased studio sessions, and The Day Before Wine and Roses, a live radio performance recorded just prior to the release of the band's first album. 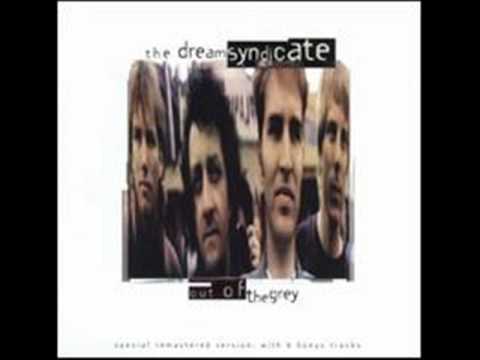 Bullet With My Name On It 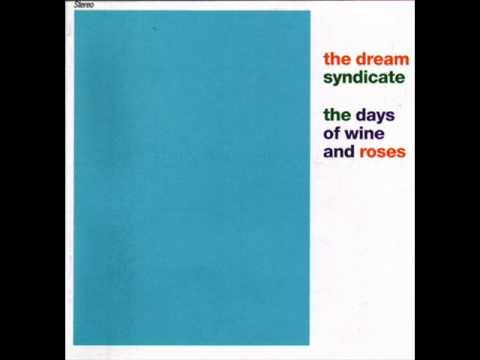 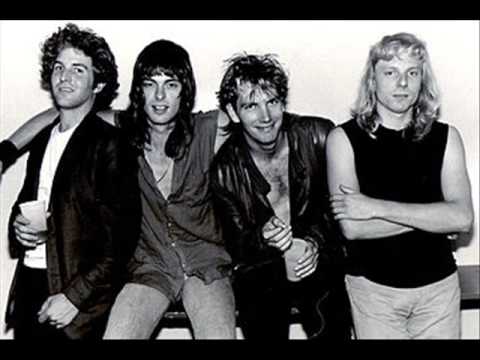 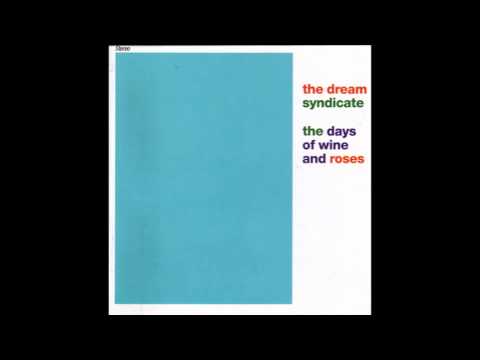 The Days of Wine and Roses 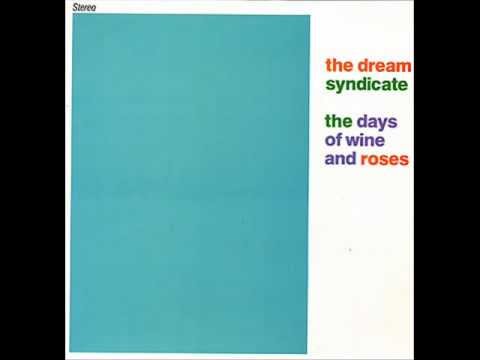 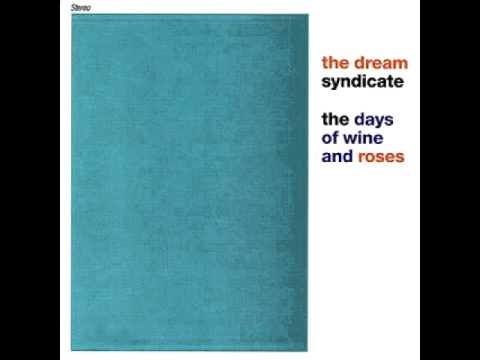 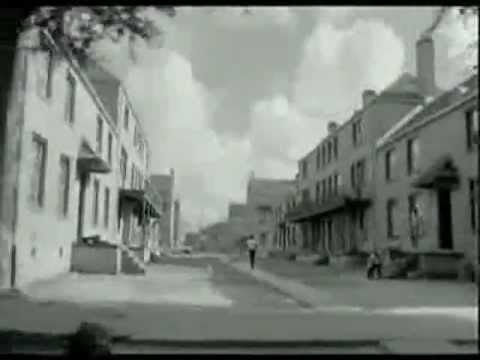 The Dream Syndicate - When The Curtain Falls.mpg 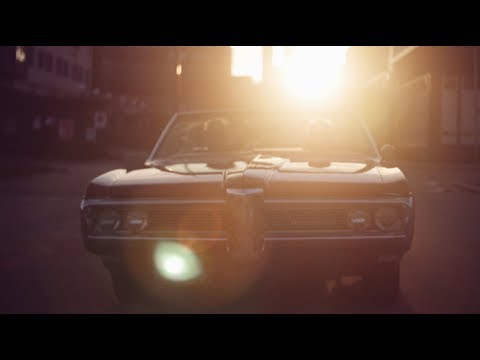 The Dream Syndicate - "Filter Me Through You" 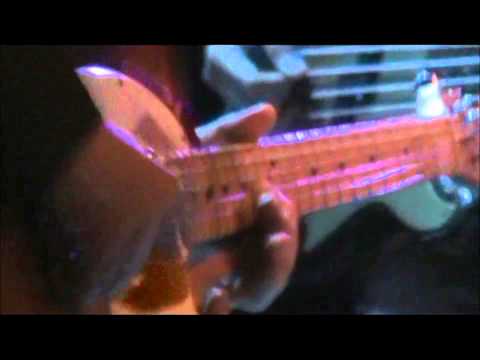 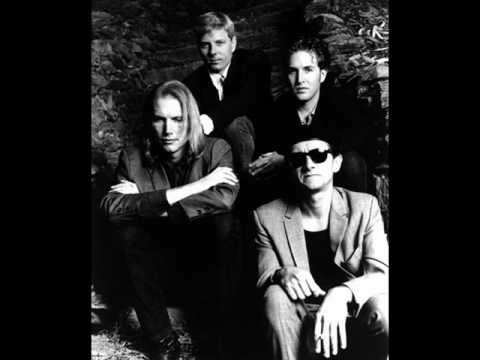 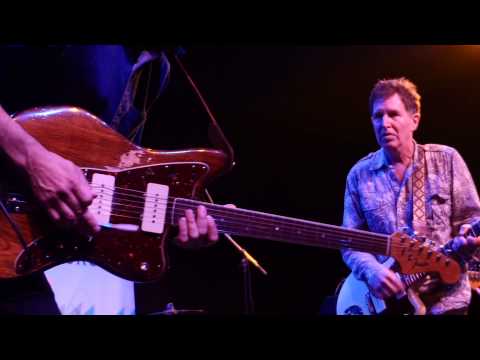