In 1998, just after the release of Strapping Young Lad's City, Devin Townsend released a new album entitled Biomech. Biomech was originally released under the band name Ocean Machine and Townsend himself explained that Ocean Machine was the opposite of Strapping Young Lad in the way that the songs were in a more mellow and progressive style, rather than the metallic industrial thrashings of SYL. Devin saw his music in colours and explained that Ocean Machine was blue whereas Strapping Young Lad was red. Bass duties on Biomech were handled by JR Harder while the drums were performed by Marty Chapman. Townsend completed all other instrumentation on the album, which includes vocals, electric and acoustic guitars, synthesizer, all production on the album and of course all song writing duties. A video was made for the track Life, easily Biomech's most mainstream song.

In 1998, Strapping Young Lad released their first live recordings on an EP titled No Sleep 'Til Bedtime. It was just before the EP was released when Devin announced he and SYL drummer Gene Hoglan would be entering the studio to work on a new project called Infinity. It was assumed at the time that Infinity would be a new "band" similar to Ocean Machine. The music Infinity would be coloured white, according to Townsend.

When Infinity was released, it was to the surprise of Devin's fans as the artist was credited as Devin Townsend and the album as Infinity. Previously it was assumed Infinity would be the band name. The second surprise was the nude photograph of Devin that was used as the cover art. The artwork for the disc was completely white with a naked Devin crouching (covering his more "explicit" body parts) and grinning like a madman. This image was unlike we'd seen from Devin thus far, and obviously exposed a more personal side of Devin Townsend... much like the album itself. A video and single/EP was released for the stand-out track Christeen, but as with Life, Devin was dissatisfied with the outcome as he believes his music doesn't translate well to film.

It was also with the release of Infinity that Strapping Young Lad began playing songs from Biomech and Infinity as a separate set to the main SYL material. On shorter support slots, Devin's solo material was integrated with the main set.

During this era, Devin began working with Jason Newsted (who was still a member of Metallica at the time) and the pair of them, along with Tom Hunting of Exodus, completed a 3 track demo under the name IR8. After this, Devin and Jason began talking publicly about a new project they were working on called Physicist (or Fizzicist) which they claimed would be "heavier than Strapping Young Lad". The IR8 tape was leaked, and aired by a Californian radio station that James Hetfield of Metallica was currently listening to. Metallica were unhappy with Jason working outside of their band and made it difficult for him to continue with Physicist. This prompted Devin to record the album himself with his Strapping Young Lad bandmates, but as a Devin Townsend album.

Physicist's combination of speed metal with more mellow "pop" melody was a massive hit with fans and critics alike.

Townsend followed up Physicist with Terria, a warm and organic progressive album that had more atmospheric and soothing parts than crushing riffs. Terria was recorded with Gene Hoglan on drums, Craig McFarland on bass and Jamie Meyer on keyboards. The shows to promote Terria were performed by Strapping Young Lad under the name 'Devin Townsend', and featured a mixture of all Devin's solo material, with a few SYL tracks thrown in. It started to become obvious that Devin's body of solo material was more than large enough to have it's own tour.

In February 2003, Strapping Young Lad released their self titled follow up to City (SYL). A month later (March 31), The Devin Townsend Band was officially formed as a separate entity from SYL, with a brand new line-up (Devin being the only member of both bands). The DTB released Accelerated Evolution and for the first time, the two bands toured separately for their separate albums.

Accelerated Evolution was released to grandiose praise from critics, fans and musicians like Steve Vai. It is also the first album released by The Devin Townsend Band.

A live "in studio" DVD was included as a bonus with the Special Edition of the second and final Devin Townsend Band album Synchestra, released January 30, 2006 to overwhelmingly positive reviews. Devin describes Synchestra thus:

"It's a really dynamic, colorful, and long thing thats been worked on now in some instances since before 'Infinity'. This record won't demand much from you, it will be an inviting and a summery nature theme. Theres some dark bits, but just for color, and nothing imposing. It plays like a movie. oh...and it's biiiiigggggggggg." (HevyDevy Forums May 31, 2005).

The video for the first single from Synchestra: Vampira - first aired online March 17, 2006. 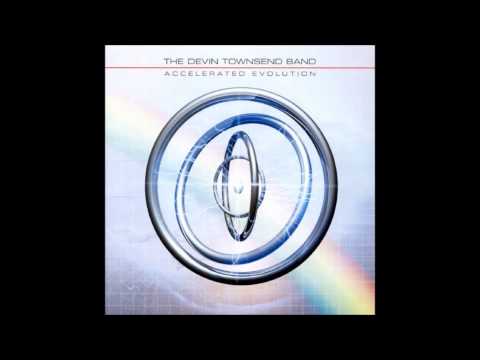 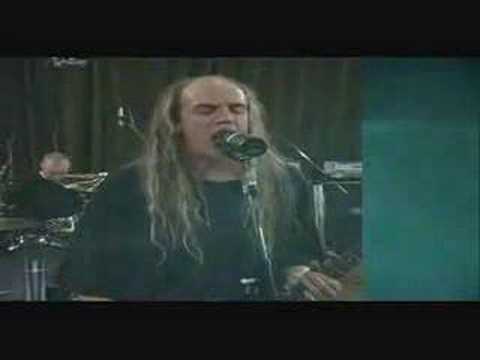