The Dells were an American doo-wop group. Formed in high school in 1952 in Harvey, Illinois by founding members Marvin Junior, Verne Allison, Johnny Funches, Chuck Barksdale, and Mickey and Lucius McGill, under the name The El Rays. They released their first recording in 1954 and two years later had their first R&B hit with "Oh What a Nite". After disbanding due to a near-fatal car crash in 1958, the band reformed in 1960 with Funches being replaced by Johnny Carter. This lineup remained togethe...

The Dells were an American doo-wop group. Formed in high school in 1952 in Harvey, Illinois by founding members Marvin Junior, Verne Allison, Johnny Funches, Chuck Barksdale, and Mickey and Lucius McGill, under the name The El Rays. They released their first recording in 1954 and two years later had their first R&B hit with "Oh What a Nite". After disbanding due to a near-fatal car crash in 1958, the band reformed in 1960 with Funches being replaced by Johnny Carter. This lineup remained together until Carter's death in 2009. In 2004 The Dells were inducted into both the Rock and Roll Hall of Fame and the Vocal Group Hall of Fame. The group performed until illness forced longtime lead singer Marvin Junior and bass vocalist Chuck Barksdale into retirement, ending the group's 60-year run.

The Dells grew up in Harvey, Illinois and began singing together while attending Thornton Township High School. Forming in 1952 under the name the El-Rays, the group initially consisted of Marvin Junior, Mickey McGill, Lucius McGill, Verne Allison, Chuck Barksdale, and Johnny Funches. Lucius soon left the group and the remaining quintet signed with Checker Records, releasing their first single, "Darling I Know," which flopped.

In 1955, the group renamed themselves the Dells and signed with Vee-Jay Records. In 1956, they recorded their first hit, "Oh, What a Nite" (a song co-written by Johnny Funches, who also sang lead on the recording alongside Marvin Junior), which hit the Top 5 of the R&B singles chart. It sold over one million copies, and was awarded a gold disc. The song is ranked #260 on the Rolling Stone magazine's list of The 500 Greatest Songs of All Time. In November 1958, the Dells suffered a car accident that left McGill in a hospital in Ohio for six months. The group temporarily disbanded and Barksdale sang as a member of Harvey Fuqua's spinoff Moonglows act, Harvey and the Moonglows, which included a young Marvin Gaye. In 1961, the Dells reunited and auditioned for Dinah Washington. After Washington agreed to hire them, Johnny Funches left the group to take care of his family. Funches was replaced by Flamingos founding member Johnny Carter and sang background for Washington for two years. In 1966, they were hired to open for Ray Charles, only to be fired after a performance resulted in several standing ovations. The group would also sing background for Barbara Lewis, mainly on Lewis' 1963 hit, "Hello Stranger", while also working with Quincy Jones, who helped to fine-tune their vocals for standards and jazz material.

In 1966, the Dells returned to Chess under the label's Cadet subsidiary working with Bobby Miller and future Earth, Wind & Fire arranger Charles Stepney. In 1967, the Dells issued the album There Is which included their first R&B chart-topper in years with the title track, which showcased the sharp baritone of Marvin Junior and the harmonies with the four other Dells. The song was also their first top 20 pop hit.

Subsequent R&B hits included "Wear It on Our Face," "Always Together" (Top 20 Pop, "I Can Sing a Rainbow - Love is Blue (medley)" (UK #15), and their first #1 R&B hit and first Top Ten pop hit, 1968's "Stay in My Corner," which reached #10 on the pop chart and showcased both Carter and Marvin in lead vocals. In the following year, 1969, The Dells' soulful remake of their debut hit, "Oh What a Night" gave the group their second chart-topping R&B single and also reached the top ten on the Billboard Hot 100. For a second time, the song sold over a million copies. Subsequent hits included "Open Up My Heart," "Oh What A Day," and "On the Dock of the Bay." In 1971, the Dells' "The Love We Had Stays on My Mind" became another Top Ten hit on the R&B charts, also reaching the pop Top 30. By this time Charles Stepney had taken over production duties from Bobby Miller. 1973's "Give Your Baby a Standing Ovation" was their third certified gold record. The song was written by L.V. Johnson and produced by Don Davis.

Leaving Cadet around the end of 1974 with the parent company in financial difficulties, the group would continue recording in order under the Mercury, ABC, and Virgin labels finding some hits, including 1980's "I Touched a Dream", which returned the group to the top 40 on the R&B charts. The Dells were confined mostly to the oldies market afterwards until they were asked to be creative consultants to Robert Townsend's acclaimed 1991 film, The Five Heartbeats, which was loosely based on the lives of The Dells and other groups of its era. The group recorded a composition titled "A Heart Is a House for Love". The song reached number 13 on the Billboard R&B chart, making them only one of two groups to have hit singles in five decades. The following year, signing with PIR, they released the album, I Salute You. The Dells continued performing and recording sporadically in the early years of the new millennium. In 2004, the group were inducted to both the Vocal Group Hall of Fame and the Rock and Roll Hall of Fame. The group continued performing until 2012.

Original Dells vocalist Johnny Funches died of pneumonia on January 23, 1998, at the age of 62.

Johnny Carter died of cancer on August 21, 2009, at the age of 75. Carter is one of the few artists to be a double Rock and Roll Hall of Fame inductee, having been inducted with The Flamingos in 2001, and the Dells in 2004.

On May 29, 2013, founding member Marvin Junior died in his sleep at his home in Harvey, Illinois, succumbing to complications of kidney failure and a weak heart at the age of 77. 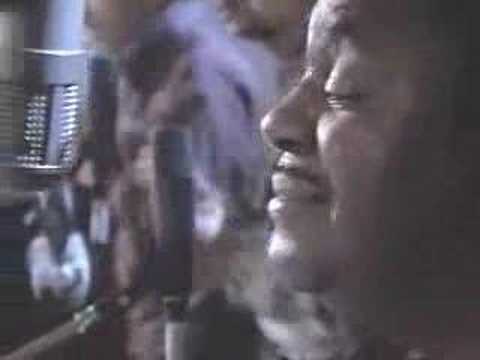 A Heart Is A House For Love 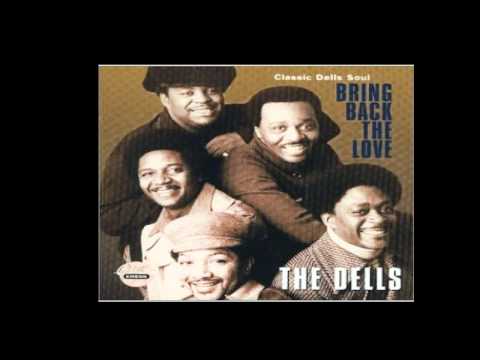 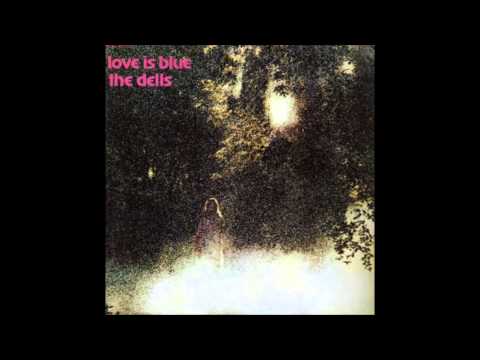 I Can Sing A Rainbow / Love Is Blue 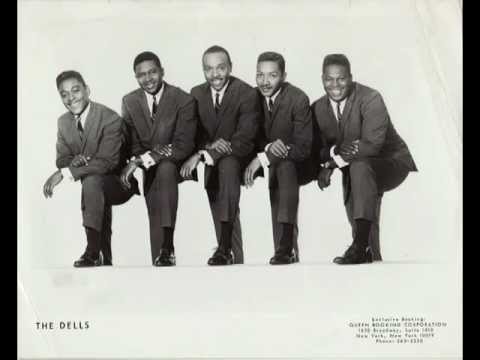 I Touched A Dream 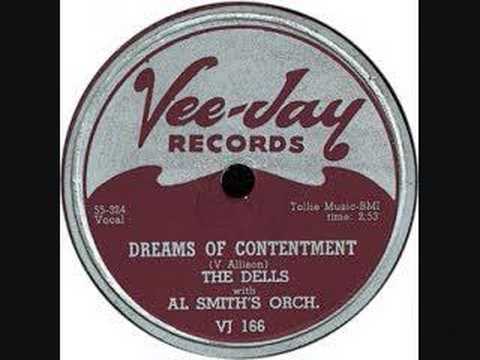 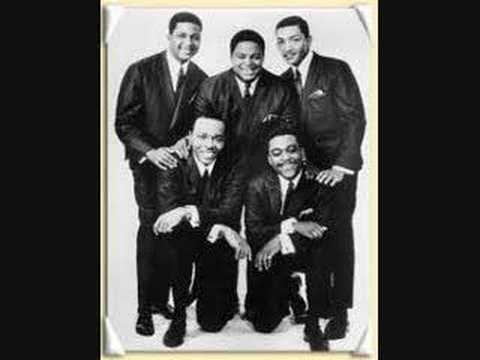 Since I Found You 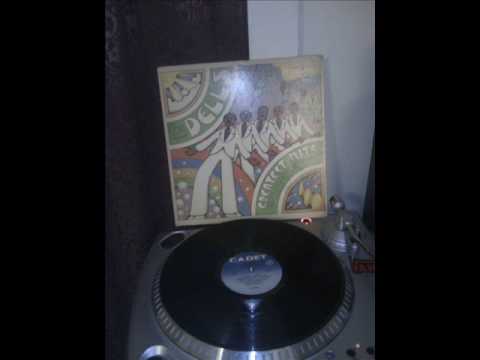 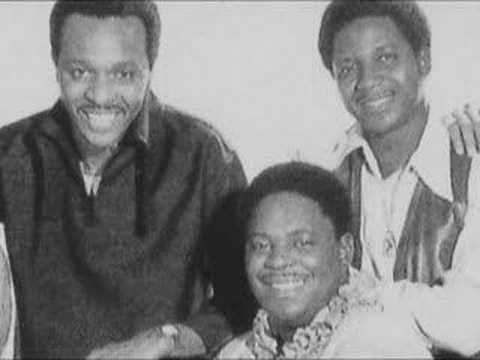 Wear It On Our Face 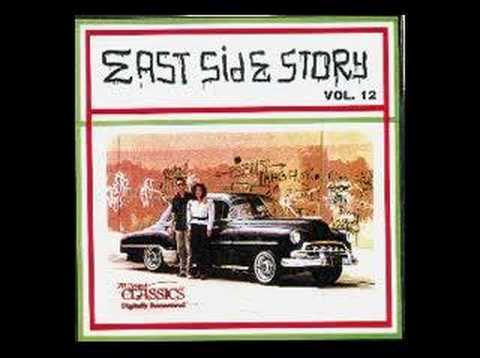 The Dells-Stay in My Corner 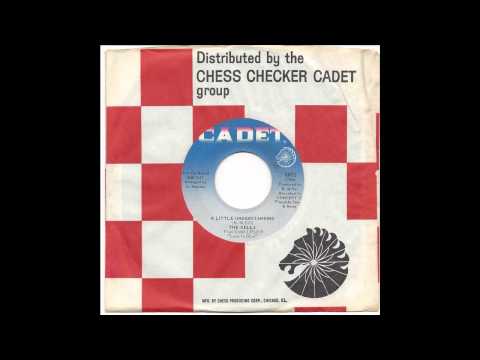 The Dells - A Little Understanding - '70 Soul 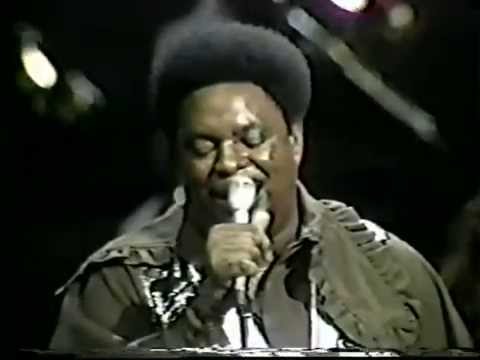 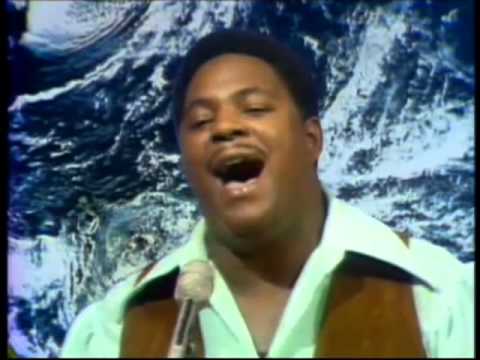 The Dells- The 1969 Soul Classic "Oh What a Night" performed live.