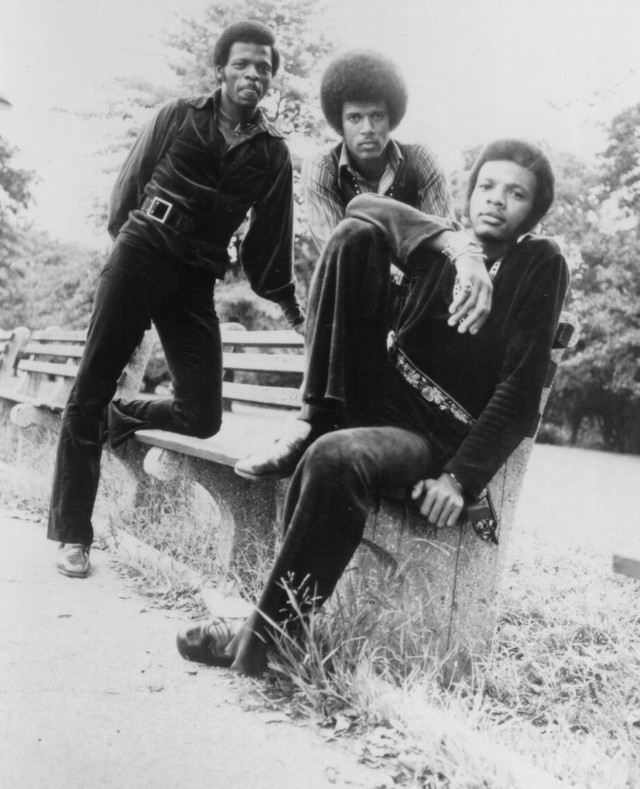 The Delfonics were the quintessential Philadelphia soul singing group, most popular in the late 1960s and early 1970s. Brothers William and Wilbert Hart formed the group with Richard Daniels, and Randy (Rudy) Cain in high school in the early 1960s. Richard Daniels one of the founding members would be drafted just before the groups first major success. Soon, they became known throughout the Philadelphia area, signing with Cameo Records. At Cameo, Stan Watson introduced them to the man who made...

The Delfonics were the quintessential Philadelphia soul singing group, most popular in the late 1960s and early 1970s.

Brothers William and Wilbert Hart formed the group with Richard Daniels, and Randy (Rudy) Cain in high school in the early 1960s. Richard Daniels one of the founding members would be drafted just before the groups first major success.

Soon, they became known throughout the Philadelphia area, signing with Cameo Records. At Cameo, Stan Watson introduced them to the man who made them famous, producer Thom Bell, then working with Chubby Checker. Bell dreamed of creating a Philadelphia version of Motown and struck gold with the Delfonics, whose first album, released on Watson's own Philly Groove record label, featured the hit "La-La (Means I Love You)", in 1968. Four more Bell-produced albums appeared in the next few years: The Sexy Sound of Soul, The Delfonics Super Hits, The Delfonics and Tell Me This Is a Dream. Among the Delfonics' popular hits were "Didn't I (Blow Your Mind This Time)", "For the Love I Give to You", "Ready or Not Here I Come (Can't Hide from Love)" and "Hey Love". Prior to the release of "La-La (Means I Love You)", they had a hit with "He Don't Really Love You" on the small Moonshot label.

Philadelphia soul was smoother than traditional soul, strongly influenced by Phil Spector's "Wall of Sound" production, but solidly based in the doo-wop sounds of the 1950s. Randy Cain left the group in 1971, and in 1973 had a hand in formulating Blue Magic when he brought singer-songwriter Ted Mills in to do some writing for W.M.O.T. (We Men of Talent), and the remaining future members of Blue Magic came in for an audition. The rest, as they say, is history. Cain was replaced by Major Harris; by then, however, Thom Bell had moved on to produce The Stylistics and later, The Spinners. The Delfonics swiftly produced another album, Alive and Kicking, produced by Stan Watson. However, in the absence of Thom Bell, the Delfonics' career declined sharply, and with the exception of the aforementioned Hey Love and the minor hits "When You Get Right Down to It", "I Don't Want to Make You Wait" and "I Told You So", success eluded them after 1975. ("For the Love I Give to You", although popular, was never released as a single.) Most of their songs at this point were written by lead singer William Hart.

Major Harris left and had major success with the song "Love Don't Let Me Wait". Wilbert Hart also left around this time, leaving William Hart as the only original member. New members were brought in, and the group continued for some time. The group then broke up and reformed with William Hart, Randy Cain, and Major Harris. (Wilbert Hart formed his own Delfonics group; the members were Wilbert, Eban Brown (falsetto lead), and Dr. S. Love.) Dr. Salaam Love has performed with both William and Wilbert Hart for the last twenty five plus years. Although often in the background he is more than qualified to take lead when asked. His claim to Fame is his vocal versatility. Randy Cain left for a second time, and was replaced by Frank Washington of The Futures.

Their music enjoyed a mild renaissance in the mid-1990s when New Kids On The Block had a hit with "Didn't I (Blow Your Mind This Time)". "La La Means I Love You" and "Didn't I (Blow Your Mind)" played a pivotal role in the film Jackie Brown. In the film, one of the characters is so struck by the music, he goes out and buys The Delfonics Greatest Hits cassette the following day. Their songs appeared in numerous movies and "Ready or Not Here I Come (Can't Hide from Love)" served as the basis of two hit hip hop singles: it was the chorus for The Fugees' 1996 hit "Ready or Not", and Missy "Misdemeanor" Elliott and Timbaland sampled the string and horn intro for Elliott's hit 1997 "Sock It to Me". The Notorious B.I.G.'s last hit, "Playa Hata" released that same year, was a take-off on "Hey Love." The Delfonics also provided backing vocals on the track "After the Smoke has Cleared" on the 1996 hip hop album Iron Man by Ghostface Killah. In 2004 Ghostface also sampled "La-La Means I Love You" for his song "Holla" from his album The Pretty Toney Album. "Didn't I (Blow Your Mind This Time)" was also sampled on Cam'ron's hit single "Hey Ma".

The current line-up of the Delfonics is William Hart, Garfield Fleming (baritone lead), and Johnny ("JJ") Johnson. Wilbert also has a group, sometimes called "The Delphonics", "The New Delfonics" or simply billed as "Wilbert Hart". Eban Brown went on to become the lead singer of The Stylistics, and Frank Washington is now the lead singer of The Spinners. The current line-up of the group is featured in concert on the DVD's "The Big Show" and "'70's Soul Jam," whereas Wilbert Hart's group is featured on the DVD "Old School Soul Party Live!," which was part of the PBS "My Music" series. Major Harris is also featured on the recently re-released DVD "Blue Magic/Margie Joseph/Major Harris Live!", which was recorded during their prime in 1975. Read more on Last.fm. User-contributed text is available under the Creative Commons By-SA License; additional terms may apply. 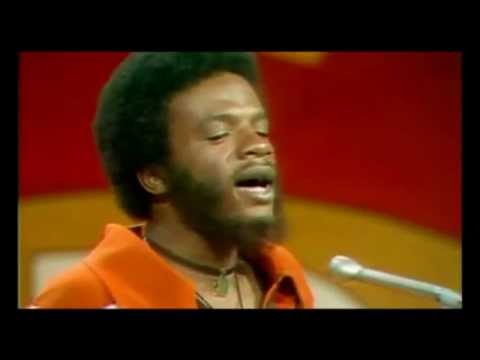 Didn't blow your mind (this time) 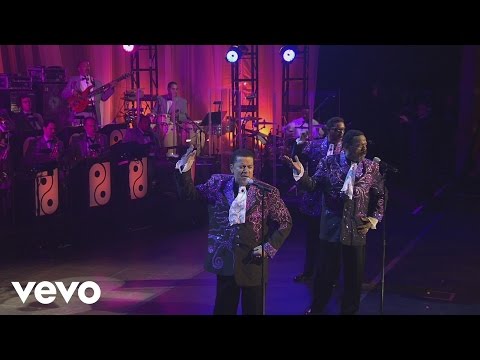 Didn't I (Blow Your Mind This Time) 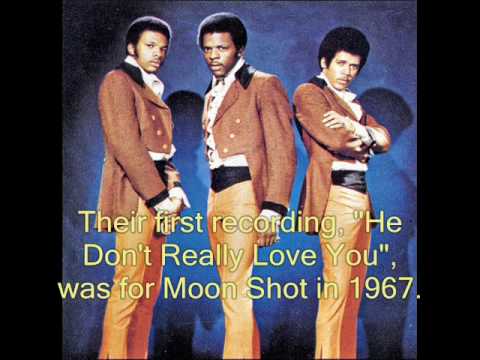 Didnt I Blow Your Mind

La-La (Means I Love You) 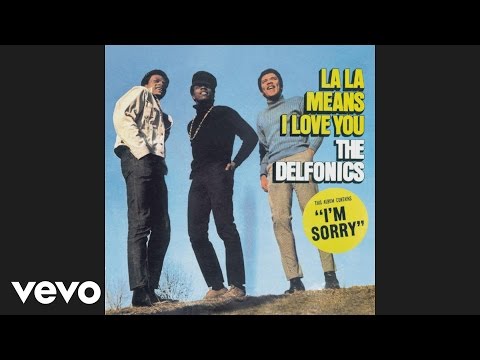 La-La Means I Love You (audio) 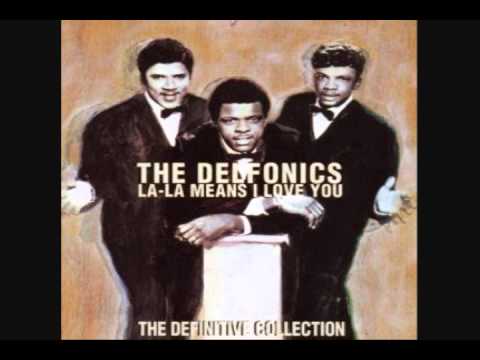 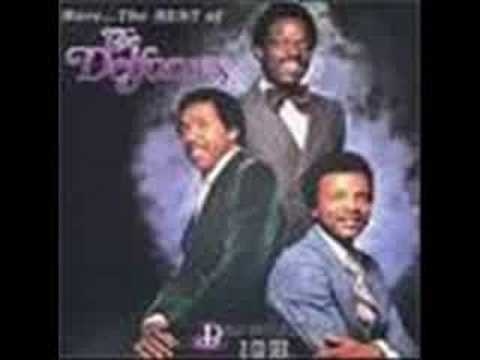 Start All Over Again 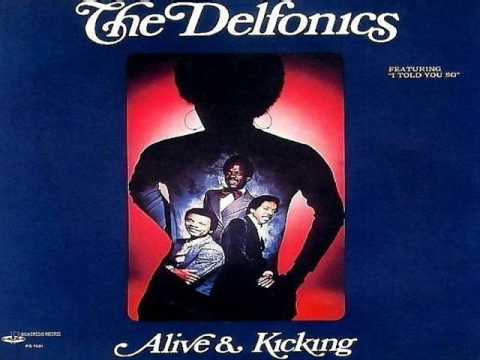 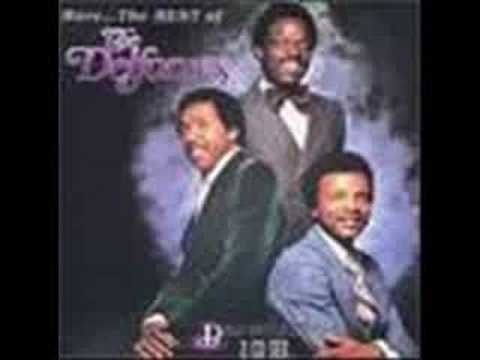 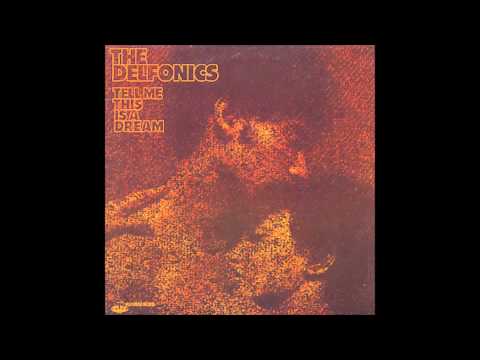 Walk Right Up To The Sun 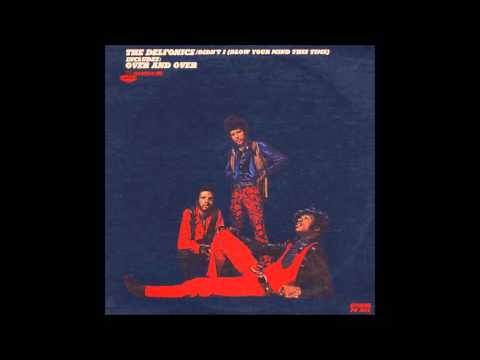 When You Get Right Down To It