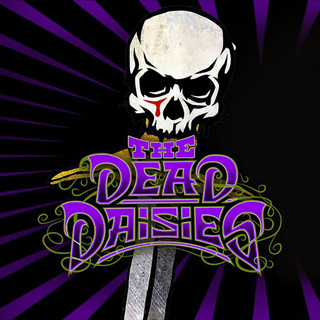 The Dead Daisies nucleus was formed when singer-songwriter Jon Stevens got together with guitarist David Lowy. “I was looking to do something new,” Lowy remembers. “I hadn’t done any music for a couple of years, and David Edwards, who worked with INXS for many years, reintroduced me to Jon, ” They got together with a couple of guitars and six hours later they had written twelve songs and The Dead Daisies were born”, “Now that’s chemistry!! The powerful musical collective is created by a rotatin...

The Dead Daisies nucleus was formed when singer-songwriter Jon Stevens got together with guitarist David Lowy. “I was looking to do something new,” Lowy remembers. “I hadn’t done any music for a couple of years, and David Edwards, who worked with INXS for many years, reintroduced me to Jon, ” They got together with a couple of guitars and six hours later they had written twelve songs and The Dead Daisies were born”, “Now that’s chemistry!!

The powerful musical collective is created by a rotating line-up that features some of the best Rock musicians on the planet with a sound that’s influenced by late ‘70s and early ‘80s hard rock, in that soulful Bad Company meets Foreigner via The Faces kind of vibe – big choruses, powerful melodies and strong hooks. To help capture their sound best, Stevens and Lowy turned to American engineer/producer and multi-instrumentalist John Fields. The Dead Daisies debut album was recorded at Wishbone Studios in Los Angeles.

In early 2013 The Dead Daisies were invited to open for ZZ Top in Australia. Word about their dynamic live show spread quickly and the band soon joined legendary American rockers Aerosmith on their first Australasian tour in 23 years. In August and September The Dead Daisies were part of the massive 25-date Rockstar Energy Drink Uproar Festival through the US and Canada a long side Alice In Chains and Jane’s Addiction among others. The Dead Daisies Uproar lineup featured Jon Steven, David Lowy, Americans Richard Fortus (Guns N’ Roses/Thin Lizzy) on guitar, Frank Ferrer (Guns N’ Roses/Psychedelic Furs) on drums, Marco Mendoza (Thin Lizzy/Whitesnake) on bass and Dizzy Reed (Guns N’ Roses) on keyboards.

The Dead Daisies’ self-titled debut album was released in the US and Canada through Caroline/Universal on August 9th, 2013 to exceptional reviews and was a featured iTunes release. Their first single “Lock ’N’ Load”, a new track co-written by and featuring legendary guitarist Slash received airplay on radio networks across the US including national airplay on SiriusXM satellite radio, both Alice Cooper’s and Nikki Sixx’s popular syndicated radio programs and was named Rolling Stone’s Daily Download. The video for the single has been shown on over 20 outlets including play on Much Music, which beams into more than 30 million homes across North America.

Mid November saw The Dead Daisies head to the UK where they played an 18 date tour as special guests of Black Star Riders. To kick it off, the bands first headline UK show at the prestigious Underworld rock club in Camden was SOLD OUT. The band released their self-titled debut album “The Dead Daisies’ on November 11th in the UK after having released the first single “Lock ‘N’ Load” featuring Slash the month earlier.

The song stormed the UK radio airwaves and was placed on a number of key playlists including Team Rock, Kerrang Radio, and went to number 1 on Planet Rock Radio. It has also received spins on the nations largest station BBC Radio 2. In addition to radio, “Lock ‘N’ Load” can be heard throughout English football stadiums and even received in stadium play to a sold out 80,000 plus crowd at Wembley Stadium for the NFL’s American football match between the San Francisco 49ers and Jacksonville Jaguars on the 27th of October in London.

The Dead Daisies were also heavily featured in the November issue of Britain’s influential Classic Rock Magazine and were the spotlight artist for both Classic Rock and Metal Hammer’s websites.

The Dead Daisies headed to Israel after the UK to play two shows in Tel Aviv and ended 2013 with a SOLD OUT epic headline show at The Barby.

The band then released new singles “Washington” in the US & Australia and “It’s Gonna Take Time” in The UK. Live music videos for both songs were filmed during their recent London show at O2 Shepherd’s Bush. “Washington” has already been added to over a dozen US Rock radio stations and has been receiving airplay on Triple M in Australia. “It’s Gonna Take Time” has been playlisted on both Planet Rock and Team Rock Radio in the UK.

February this year saw the band return to Australia playing dates in support of their debut album, which was released on Feb 7th. The Australian touring line-up included a return for Marco Mendoza, new drummer and first time Dead Daisies member John Tempesta (The Cult/Rob Zombie) along with Jon, David, Richard and Dizzy.

Airplay for the band continues to grow steadily with previous singles gaining airplay on various radio networks throughout the world including the USA, Australia and Japan among others. The new ep ‘Face I Love’ is now available with a video featuring thousands of fans faces taken from an innovative Facebook app earlier in 2014.

In July, the band embarked on a tour across the USA as special guests of Bad Company and Lynyrd Skynyrd playing their first arena shows in the States. This was followed by a month long stint in August with one of the hottest rock tours of 2014, opening for KISS and Def Leppard. Along with Stevens, Lowy, Fortus, Reed and Mendoza came the return of powerhouse drummer and rock veteran Brian Tichy for the American shows.

The fire that The Dead Daisies started over a year ago continues to grow, burning hotter and spreading faster… Read more on Last.fm. User-contributed text is available under the Creative Commons By-SA License; additional terms may apply. 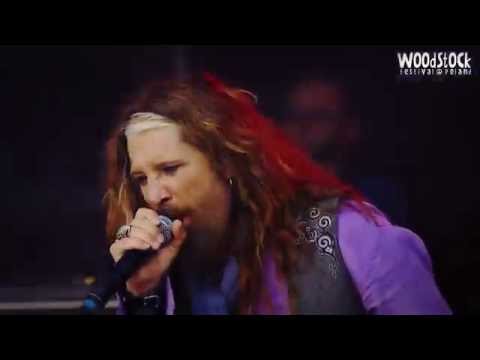 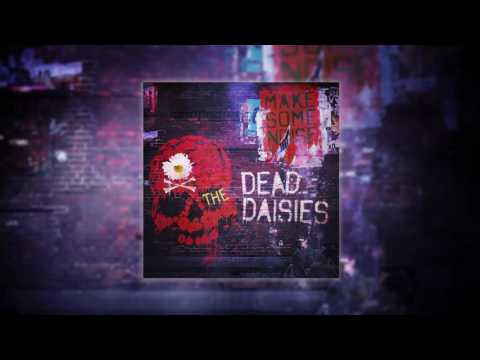 The Dead Daisies - Last Time I Saw The Sun