The Dakotas were formed in Manchester, England, in 1960, the name being suggested by a local promoter who wanted the band to dress up as native American Indians! By early 1963 the Dakotas were now signed to Brian Epstein’s NEMS agency, and, thanks to the success of the Beatles, signed up to EMI records subsidiary label, Parlophone. Billy J Kramer had been friends with John Lennon for some time and John gave the group a demo of a new song, “Do You Want to Know a Secret”, which they perfected whi...

The Dakotas were formed in Manchester, England, in 1960, the name being suggested by a local promoter who wanted the band to dress up as native American Indians! By early 1963 the Dakotas were now signed to Brian Epstein’s NEMS agency, and, thanks to the success of the Beatles, signed up to EMI records subsidiary label, Parlophone.
Billy J Kramer had been friends with John Lennon for some time and John gave the group a demo of a new song, “Do You Want to Know a Secret”, which they perfected whilst working in Hamburg at the Star Club. On returning to Britain, the song was recorded at Abbey Road studios, with producer George Martin. It stormed up the charts and reached No.2 in the spring of 1963. It must be remembered that the Dakotas and Billy each had separate recording contracts with Parlophone, and that they were billed as “Billy J Kramer WITH the Dakotas”. To maintain the group’s identity, the Dakotas’ guitar instrumental “The Cruel Sea” was released as a single, and it reached the Top 20 around the same time as “Secret”. This Mike Maxfield tune was released in America as “The Cruel Surf”, coinciding with the surf craze.

The first Billy J Kramer with the Dakotas album, “Listen…”, was released at the end of 1963, and eventually reached No.11 on the LP chart. Early in 1964, the group felt they needed to release a single that wasn’t written by the Beatles (!) and chose “Little Children”. This controversial move paid off, and the record went to No.1 on the British charts in the spring of 1964. Later that year, both “Bad To Me” and “Little Children” made the American Top 10, and the group visited the ‘states, appearing on the Ed Sullivan Show, and playing to sell-out frenzied fans of the “British invasion” sound.

The Reformation 1989 - 2008
The first studio album since the 60s “The Dakotas -Volume 1” was released in August 1991, including a contemporary orchestrated version of the 1963 hit single, “The Cruel Sea”. In April 1992 the Dakotas did a three week tour of Sweden with fellow Manchester band, Herman’s Hermits. Between 1992 and 1994 the band appeared all over the UK, as well as regular trips to Germany.

In 2003 the Dakotas released their fourth studio album, “Everlasting”, to coincide with a massive 70-date “Solid Silver 60s” tour of the UK and Ireland.The tour also featured the Searchers, Wayne Fontana, Dave Dee and Barry Ryan, and ran from February until May 2003. Later that year, the band’s keyboard player, Toni Baker wrote the theme music, and the Dakotas were among the session musicians for the immensely successful British TV comedy series “Phoenix Nights”, starring Peter Kay.

In the spring of 2004 the Dakotas undertook yet another major 50 date UK theatre tour, teaming up once again with Peter Noone and Wayne Fontana, plus Bryan Hyland and John Walker of the Walker Brothers. To tie in with the tour, the band released their fifth album, “Strong” named after the title track I’m Gonna be Strong originally recorded by Gene Pitney. Almost straight after the tour, Toni Baker started co-writing the new music with Peter Kay for his TV series “Max and Paddy’s Road To Nowhere”. The show also featured Tony Christie singing the theme song, also co-written by Toni & Peter Kay.

The Dakotas were filmed in an episode of Peter Kay’s “Max and Paddy”, which was eventually broadcast in October 2004. Dressed as various 80s characters, the band performed and also backed Peter Kay on “I Guess That’s Why They Call It The Blues”.

In August 2004 tragedy struck, when guitarist Mike Maxfield suffered a stroke and had to stop performing, although he is still actively involved behind the scenes.
Richard Benson, who had worked with Toni on the Max & Paddy recordings, joined the band as lead guitarist but due to his heavy teaching schedule, couldn’t commit to long-term involvement.
Alan Clare has now taken over the role of the band’s lead guitarist.

In spring 2007 the Dakotas again toured the UK along with The Searchers, The Merseybeats, John Walker & Wayne Fontana on the Solid Silver 60s Tour.
Once again a new CD was released to coincide with this tour.
The CD, called “Evolution” to mark the changes undergone by the band over the last few years, features many new songs including an original song specially written for the band by Toni Baker called “Falling From Heaven”. There are 17 tracks in all.
You can hear and download some these songs on the music player at the top of the myspace page
Anyone wanting a copy of the CD can email the band at thedakotasuk@yahoo.com.

Eddie Mooney joined the Dakotas in the late 80s after being a member of the band “Park Avenue”. The drummer in that band was Tony Bookbinder, who had been the original drummer in the Dakotas, and this connection eventually led to the reforming of the band with Mike Maxfield.
After fronting The Dakotas for 20 years, Eddie amicably left The Dakotas in January 2008 to join The Fortunes after their long-standing frontman, Rod Allen sadly passed away.

Paul Rafferty was recruited to join the Dakotas as new frontman/bass player in late Feb 2008. Paul was well known to Toni & Pete from earlier years on Piccadilly Radio as a singer/songwriter & performer.
Paul has toured Britain before with his own band supporting Bucks Fizz and he has had two singles released on EMI lable: ‘The Man behind The Scenes’ which he wrote himself, and ‘Too Late Now’ written for him by Junior Campbell. They were recorded at Abbey Rd Studios London and can also be heard on our music player here on myspace.
For a few years, Paul sang & played bass at ‘Bookbinders’ a top Manchester night club. The owner of the club, the late Brian Bookbinder was also the uncle of Tony Bookbinder the Dakotas’ original drummer!
After several great singers and musicians were considered for the role of Dakotas’ frontman, Paul’s experience & fabulous vocals stood him in good stead when the final few were being considered. His natural experience of live gigs & recording made him feel instantly at home in his new environment.

Toni Baker joined the Dakotas early in the 90s, though he has a long history of working in well known bands. He played on Billy Ocean’s early recordings in the 70s, & was a member of “Shabby Tiger”, a hugely successful group in Europe, with many hit singles, such as the No.1, “Slow Down”.
Toni, who is still a top UK session man, now owns his own recording studio “Moose”. He is also a talented songwriter, who had a Number 5 hit in Japan with Eat You Up.
More recently Toni wrote all the music, including the theme tune, for Britain’s top comedian Peter Kay on his highly acclaimed comedy series “Phoenix Nights” and Max & Paddy’s Road to Nowhere.
Toni and fellow band member Pete Hilton also starred in the first episode of the first series of Phoenix Nights as members of a folk band called “Half A Shilling”. Toni continues his production and session work for major TV programmes including “Waterloo Road” and “League of Gentlemen”.
A CD containing much of his recent TV work - The Best of Peter Kay So Far -was released in December 2005.
Toni is working on the music production of a guitar tuition DVD at the moment, called “killerguitartips”.

Pete Hilton joined the Dakotas in 1999, but has also a long established pedigree. An ex-member of Freddie & the Dreamers, he is also a respected session drummer, and has been touring since 1963. In the late sixties Pete worked the original Liverpool Cavern Club with the eminent guitarist Robin Hill. Pete and Robin went on to form jazz rock band “Spring”. There were memorable live performances with Mike Oldfield, Joe Cocker, Canned Heat, Deep Purple, & Traffic. In the late seventies Pete worked theatres throughout the UK with many greats such as Frankie Howerd and Bob Monkhouse. Rolf Harris & Tommy Cooper also played an important role in Pete’s musical education! In the late seventies while working with pop group Family Affair (Alan Clare was also in the band!) Pete grabbed the opportunity to gig with the Supremes (Mary Wilson). He also worked alongside David Essex, who later inspired Pete to perform in “Godspell” while he was living in Canada. Pete is passionate about jazz and classical music and was delighted to collaborate with Robin Hill once again to perform the Claude Bolling concerto. Pete is currently recording again with Robin. He continues to teach drumming, as well as performing with the Dakotas.

Alan Clare joined the band in 2006. His varied guitar talents lend themselves perfectly to The Dakotas’ many faceted musical styles.
Alan has worked in many bands, including Freddie & the Dreamers alongside Pete Hilton, and is still a major session player, having worked with artists as diverse as the Supremes, Dionne Warwick, Buddy Greco, Cliff Richard, Gene Pitney, Gerard Kenny, Kenny Lynch, Lynn Paul and Ken Dodd.
As well as being one of the North’s leading session guitarists, Alan also teaches a master class in advanced jazz guitar techniques. 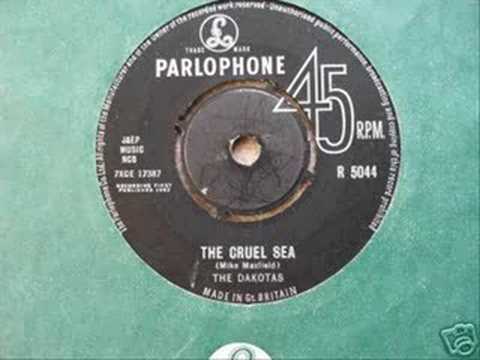