TCTC were an eclectic alternative rock band with various post-rock, electronic and heavy prog elements in their sound, that, taken as a whole, ranged from dark, brooding space rock and lysergic ballads to skewed cyberpunk with the intensity of post-hardcore. They were named after an obscure UK parliamentary amendment to the 1870 Elementary Education Bill, allowing parents to withdraw their children from religious education and preventing indoctrination in state schools. Accordingly, the band sen...

TCTC were an eclectic alternative rock band with various post-rock, electronic and heavy prog elements in their sound, that, taken as a whole, ranged from dark, brooding space rock and lysergic ballads to skewed cyberpunk with the intensity of post-hardcore. They were named after an obscure UK parliamentary amendment to the 1870 Elementary Education Bill, allowing parents to withdraw their children from religious education and preventing indoctrination in state schools. Accordingly, the band sent out an early demo to record labels that was coloured in with crayons.

Tom, Kieran, 'Fish', Ben, Jon and Didz released 3 studio albums and a number of EPs and singles during their 9 year existence, of which 'Blind Pilots' was the most successful charting. with members going on to join Dirty Pretty Things, Rhysmix, and other projects.

The band first got together in 1998. Using a farmhouse turned into a studio on the outskirts of Wokingham, United Kingdom, it took the Cooper Temple Clause almost two years to record their debut album ‘See This Through And Leave’. An intense rock record, unafraid of challenging listeners and genres, it ignored scenes and fashion.

By the release of second album ‘Kick Up The Fire, Let The Flames Break Loose’ in 2003 - named after a Philip Larkin poem, again recorded reclusively in Reading, and with the minimum of record company interference - Team Cooper had become an army capable of breaking into the Top Twenty without the need for crossover radio support or heavy rotation videos. Gigs were riotous devotionals, particularly those on the UK tour with The Libertines. They played one triumphant US headline tour and a second set of arena dates in support of The Cure.

Then 2004 saw a shake-up at RCA leaving TCTC without an A&R man and with a new, unfamiliar set of faces and ears in charge who hadn’t grown up with, and therefore didn’t quite ‘get’, their isolationist methods and slash and burn musical direction. So, as the ‘Kick Up The Fire…’ campaign wound to a close there began a period of uncertainty and miscommunication between band and label. The Coopers once more holed up in their Reading pig farm to record demos for third album ‘Make This Your Own’ with long-term producer Dan Austin. After 12 uncertain months, eventually RCA re-signed the band and sent TCTC into the studio with ex-Adam & The Ants man Chris Hughes at the desk. He encouraged the band to return to their roots, when all six would swap instruments for each song and also share singing duties.

The final result 'Make This Your Own' was intended as both a commercial hit and a chance to bring ideas touched on in early B-sides and demos to fruition. Opening in familiar dancefloor rock territory with the anti-music industry rant ‘Damage’, it soon swerves into unmapped musical sectors often utterly unrecognisable as a Cooper Temple Clause record.

Gone was the majority of the electronic bells and whistles in the background, relegated to B-sides. There’s radio-friendly emo pop (mostly Fisher-sung songs ‘What Have You Gone And Done’ and ‘Waiting Game’), soulful Dears-gone-Erasure tunes (mostly Tom-sung tracks ‘Connect’ and ‘Isn’t It Strange’), Lilac Time cool folk (‘Take Comfort’), laptop blip-rock (‘Once More With Feeling’) and dark 80s krautonica (‘Head’) on here. Inevitably, many fans and indeed RCA were not quite sure what to make of the Nu Coopers realm. At the same time TCTC were still reeling from the unexpected departure of bassist, new dad and mental crowd-surfing nutjob Didz Hammond to join Carl Barât’s new band Dirty Pretty Things, whose contributions to 'Damage', 'Homo Sapiens', and 'Once More With Feeling' were still used 2 years after his departure.

After two years with no new material, the fanbase were enthusiastic for an internet-only release of ‘Damage’ in summer 2005. Some months later the band were signed to Sanctuary Records; 'Make This Your Own' finally appeared 2 years late in early 2007, preceded by Homo Sapiens and nearly a year after it had leaked to fans. The album and its singles flopped in comparison to the chart storming and arguably more challengingly creative KUTFALTFBL.

The band announced they would be going their separate ways on 24th April 2007, with Tom continuing his DJing side projects Rhysmix and Losers. 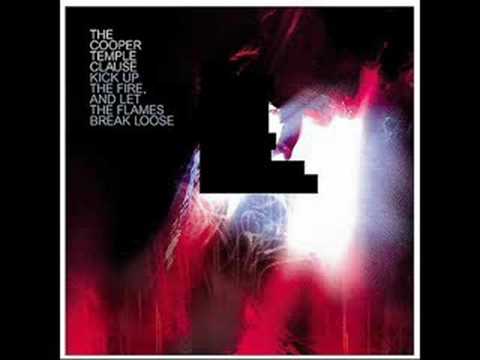 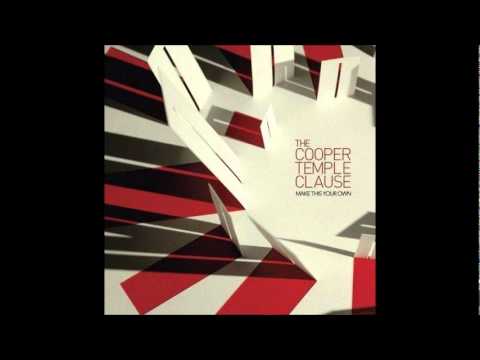 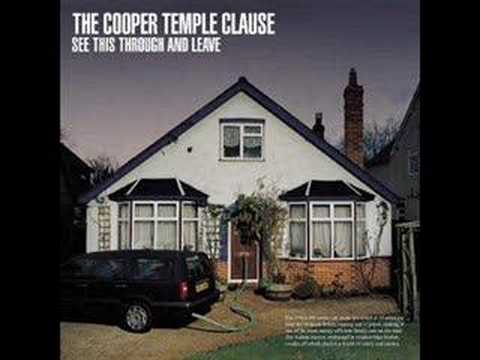