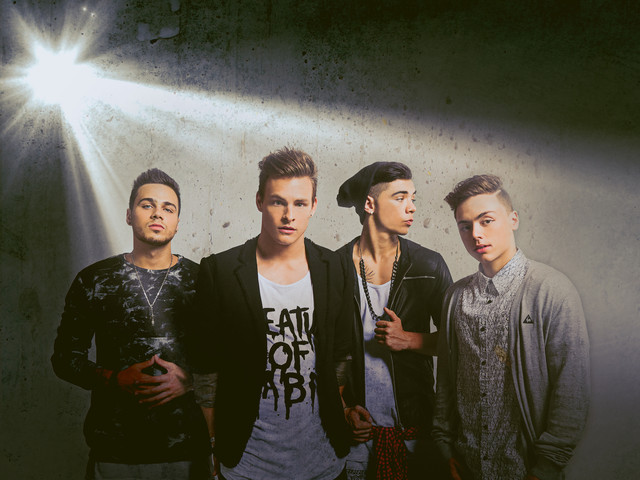 The Collective is the name of more than one artist.
1) an Australian boy band
2) video game music remixers
3) A Jazz Band

1) The Collective were an Australian boy band consisting of 5 members: Trent Bell, Julian De Vizio, Jayden Sierra, Will Singe, and Zach Russell.
They were formed during the fourth season of The X Factor Australia in 2012 and finished in third place, being the first group to ever make the grand finale in the current Australian series on channel Seven. The Collective subsequently signed with Sony Music Australia and released their debut single "Surrender", which debuted at number six on the ARIA Singles Chart. The group's self-titled mini album The Collective was released on 14 December 2012, featuring recorded versions of songs they performed on The X Factor.

In 2012, Trent Bell, Julian De Vizio, Zach Russell, Jayden Sierra and Will Singe successfully auditioned as soloists for the fourth season of The X Factor and progressed to the super bootcamp stage. After failing to make it into the top six of the Under-25 Boys category during super bootcamp, the judges Ronan Keating, Guy Sebastian, Natalie Bassingthwaighte and Melanie Brown decided to put them together to form a boy band for the home visits stage, thus qualifying for the Groups category.
During home visits, they travelled to London, England and sang Rihanna's "We Found Love", their first song as a group, in front of their mentor Keating and guest mentors One Direction.
Keating later selected them, along with Fourtunate and What About Tonight, for the live finals—a series of ten weekly live shows in which contestants are progressively eliminated by public vote.
During the official launch for The X Factor at the Museum for Contemporary Art in Sydney on 13 September 2012, Keating announced that the group would be called The Collective. He stated, "We put it up on the web and had a lot of different names and the fans themselves picked it."

In week nine, semi-finals week, The Collective performed two songs, OneRepublic's "Apologize" and Chris Brown's "Yeah 3x", and received standing ovations from the judges for both of the performances.
That same week, The Collective landed in the bottom two again with Bella Ferraro. They received two votes each from the judges, resulting in a deadlock. It was then announced that The Collective received the most public votes and were put through to the grand final, resulting in Ferraro being eliminated.
They joined Samantha Jade and Jason Owen for the grand final. During the first part of the final on 19 November, the three finalists were required to perform three songs – their audition song, last shot song and winner's single. The Collective's last shot song was Karmin's "Brokenhearted" and their winner's single was titled "Surrender".
The following day, it was announced that The Collective finished in third place.

On 22 November, it was announced they signed a recording contract with Sony Music Australia.
Their song "Surrender" was released digitally the following day as their debut single, which debuted at number six on the ARIA Singles Chart.
The group's self-titled mini album The Collective was released on 14 December, featuring their debut single, recorded versions of six songs they performed on The X Factor, and a recorded cover of Wham!'s "Last Christmas".
The song was digitally released on 14 December, as the group's second single.
In January 2013, The Collective and other contestants from the fourth season embarked on The X Factor Live Tour across Australia.
Their third single "Another Life" was released on 28 June 2013, and debuted at number 47 on the ARIA Singles Chart.
On 24 August 2013, The Collective performed in Indonesia for RCTI's 24th anniversary television special, X Factor Around the World, along with Samantha Jade, Melanie Amaro, Novita Dewi, Jahméne Douglas and Fatin Shidqia. They performed "Surrender" and then "Payphone" as a duet with Shidqia.
The Collective was the supporting act for Jessica Mauboy's To the End of the Earth Tour in Melbourne on 9 November 2013.

On 26 January 2014, band member Zach Russell announced on Twitter that he had left the group. In an interview with The Morning Bulletin on 1 February 2014, he admitted that he left the group in order to pursue a career as a firefighter.
The remaining members of The Collective served as the supporting act for Reece Mastin's Restless Tour in Canberra on 7 February 2014.
The group's fourth single "Burn the Bright Lights" was released on 30 May 2014, and debuted at number 34 on the ARIA Singles Chart.
On 4 July 2014, The Collective released acoustic covers of Ne-Yo's "Lazy Love" and Ariana Grande's "Problem" as their fifth and sixth singles, but both failed to impact the charts.
"The Good Life" was released as The Collective's seventh single on 19 September 2014, and debuted at number 74 on the ARIA Singles Chart.

On 7 February 2015, Trent Bell made an announcement on his Instagram account, stating: "I always give 110% to my Collective brothers and The Collective. Last year one of the boys advised us he was leaving the group. We will now be considering the future of The Collective."
On 18 February 2015, Will Singe made an announcement on his Facebook account stating that he had left the group to pursue his solo career: "Its been an incredible ride and I love my brothers so much but I have decided to leave The Collective to focus on my own path & career." 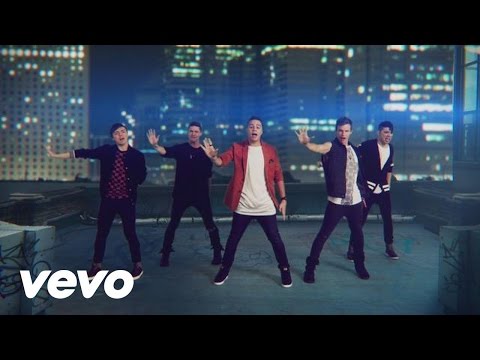