There are multiple groups by this name. 1: The group formed in 1946 at Armstrong High School in Washington, D.C., with members Harold Lucas, Billy Shelton, and Thomas Woods. John "Buddy" Bailey was added soon after, and they began calling themselves the "Four Clovers", with Bailey on lead. In perfecting their sound, the group pushed Shelton and Woods out in 1948, and brought in Matthew McQuarter and Harold Winley. Their break came in 1950, when they were introduced to Lou Krefetz, who became t...

There are multiple groups by this name.

1:
The group formed in 1946 at Armstrong High School in Washington, D.C., with members Harold Lucas, Billy Shelton, and Thomas Woods. John "Buddy" Bailey was added soon after, and they began calling themselves the "Four Clovers", with Bailey on lead. In perfecting their sound, the group pushed Shelton and Woods out in 1948, and brought in Matthew McQuarter and Harold Winley.

Their break came in 1950, when they were introduced to Lou Krefetz, who became their manager. They signed to New York's Rainbow Records and released two singles, "Yes Sir, That's My Baby" and "When You Come Back To Me". Soon after, Krefetz brought them to Atlantic Records' Ahmet Ertegun, and they were signed to Atlantic in 1951. At this point, Bill Harris was added as their guitarist. Their first appearance came in February of that year at the Apollo Theater.

Their very first Atlantic session produced their first big hit, "Don't You Know I Love You", which hit #1 on the national charts in June of 1951. "One Mint Julep" (written by Rudy Toombs) and "Fool Fool Fool" also went #1 in September. Bailey was drafted in 1952, and John Phillip was brought in to replace him. He stayed for just a few months, before leaving and being replaced by Charlie White, who had been in the Dominoes and the Checkers.

With personal problems, White was fired near the end of 1953. His replacement was Billy Mitchell. The group continued recording with Atlantic, without as much success as they'd previously seen. Buddy Bailey was discharged from the Army in May of 1954, and rejoined the group, making them a quintet. They continued in recording, and in 1955, found moderate success with "Devil or Angel".

Mitchell left in 1957 to do solo work, but rejoined shortly thereafter, opting to do both solo work and work with the Clovers. Their Atlantic contract expired, and Krefetz moved them to his own label, Poplar Records. Poplar was purchased by United Artists Records shortly thereafter. The group's work with United Artists put them in contact with Jerry Leiber and Mike Stoller. After a few recordings there, they had their biggest hit, "Love Potion #9", which came in July of 1959, and featured Mitchell on lead.

Their UA contract expired in 1961, and they moved to Winley Records. With little success there, the group split. Lucas and Mitchell brought in new members James "Toy" Walton and Robert Russell, and recorded shortly for Atlantic. John Bailey recorded with his own Clovers group in 1962 for Winley (owned by Harold's brother Paul).

Mitchell left in 1962, and was replaced by Roosevelt "Tippie" Hubbard. They recorded as "Tippie and the Clovermen" and "Tippie and the Clovers" for Tiger Records, a subsidiary of Rust Records. John Bailey's group, by this time consisting of Nathaniel Bouknight, Peggy Winley Mills (sister of Paul and Harold), and Ann Winley, Paul's wife, recorded for another Paul Winley label, Porwin records. Near the end of 1963, the two groups came back together, into a Clovers trio featuring Harold Lucas, John Bailey, and the returning Harold Winley.

Following The Searchers' remake of "Love Potion #9" in 1965, some of the old Winley and Porwin tracks were leased to Pickwick International Records, who released them as the album The Original Love Potion #9 By The Clovers. Winley left for the second time in 1965. Bailey and Lucas recorded briefly for Atlantic with the returning Robert Russell and Jimmy Taylor. The sides were sold to Port Records and released with little success. Lucas and Bailey split that year.

Lucas and Russell brought back Tippie Hubbard and Toy Walton and, with fifth member Al Fox, recorded as "Tippie and the Wisemen" for Washington D.C.'s Shrine Records. With Fox out, the changed back to The Clovers. John Bailey also formed a Clovers group, who re-recorded "Devil or Angel" and "Love Potion #9" for Lana Records in 1965. To add to this confusion, Harold Winley started a third Clovers group in 1968, with members Bobby Adams, Johnny Taylor, and Ray Loper, and recorded for Josie Records.

A reunion was planned in 1988 in Austin, Texas. Lucas brought his Clovers, as well as reuniting with John Bailey, Matthew McQuarter, and Harold Winley. Lucas' group also performed at a benefit concert later that year for Bill Harris, the groups long-time guitarist. Also in 1988, Lucas' group recorded for Ripete records, in Elliott, South Carolina.

Chuck Battle[1] replaced Charles around 1990. Harold Lucas became ill and stopped touring around 1993. His place was taken by Richard Merritt. Battle left in 1992 and was replaced by Preston Monroe, who was later replaced by David Warren. This lineup performed on the PBS special, Doo Wop 51. John Bowie died in 2002, and the group split.[2]

Following the 1988 reunion, Bailey and Winley joined Jimmy Nabbie's Ink Spots. Winley is still in that group. Prior to his death, Bailey also performed solo, sometimes backed up by The Calvanes, who feature former Bailey-Clovers member Bobby Adams. No remnants of the former Bailey groups or Winley's group exist.

The Clovers were inducted into The Vocal Group Hall of Fame in 2002.


2:
The Clovers is a celtic punk band from Japan[3].
Read more on Last.fm. User-contributed text is available under the Creative Commons By-SA License; additional terms may apply. 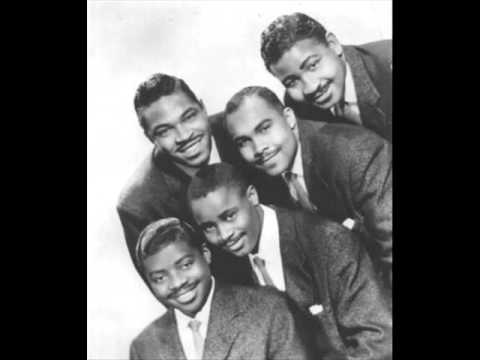 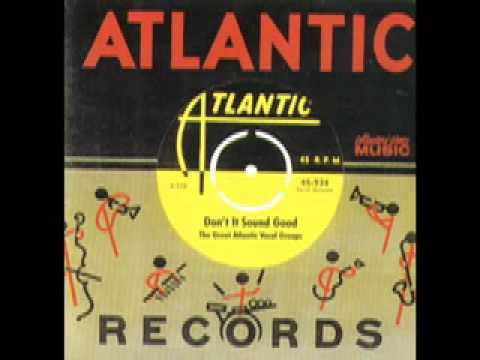 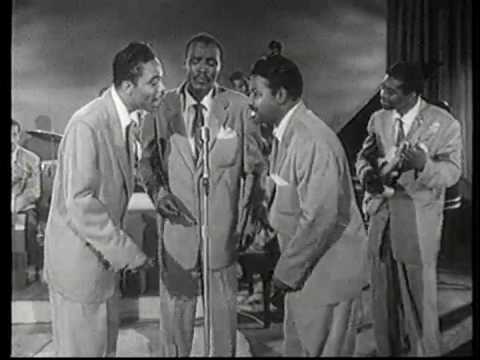 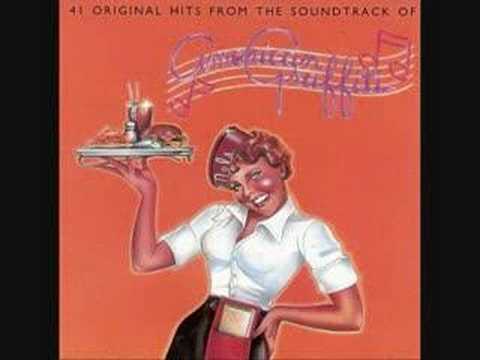 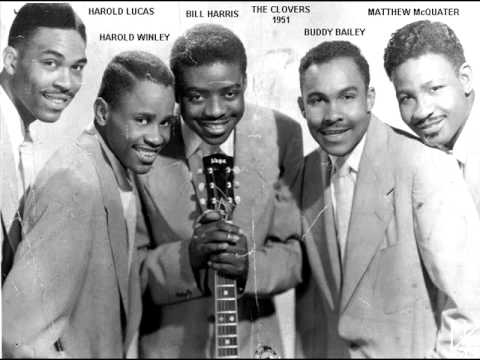