There were two 1960s bands with similar names, but different spellings: 1. The Chocolate Watchband from San Jose, CA., United States. 2. The Chocolate Watch Band from London, United Kingdom. If you are playing the American band, please suggest a spell correction to Last.fm. Not only would it fix the spelling, it would help differentiate between two bands. Unfortunately, Last.fm auto-corrects everything to the U.K. band at the moment, so scrobbles are badly mixed up. The Chocolate Watchband is...

There were two 1960s bands with similar names, but different spellings:

If you are playing the American band, please suggest a spell correction to Last.fm. Not only would it fix the spelling, it would help differentiate between two bands. Unfortunately, Last.fm auto-corrects everything to the U.K. band at the moment, so scrobbles are badly mixed up.

The Chocolate Watchband is an American garage rock band that formed in 1965 in Los Altos, California. The band went through several lineup changes during its existence. Combining psychedelic and garage rock components, their sound was marked by David Aguilar's lead vocals, as well as proto-punk musical arrangements. The band's rebellious musical posture made them one of the harder-edged groups of the period. This band should not be confused with The Chocolate Watch Band, a London-based UK group that issued two singles on Decca Records in 1967.

The Chocolate Watchband was signed to Tower Records in 1966 and released their first single, "Sweet Young Thing", in 1967. Later in the year, the band released their debut album, No Way Out. Though the album was nationally unsuccessful, the band became a frequent attraction in San Jose and the San Francisco Bay Area. In 1968, their second album, The Inner Mystique, was released and included the band's most popular song, a cover version of "I'm Not Like Everybody Else". By 1969, the band released their final album, One Step Beyond, however it was not as highly regarded as their past work, and the band broke up in 1970.

The Chocolate Watchband was formed in the summer of 1965 in Los Altos, California by Ned Torney and Mark Loomis, who had previously played guitar together in a local band known as The Chaparrals in the previous year. The two were joined by other local collegies Rick Young (bass guitar), Pete Curry (drums), Jo Kemling (organ), and Danny Phay (lead vocals) to form the first version of the Chocolate Watchband, a name that was originally meant to be taken as a joke. All five musicians had a background rooted in rock and roll and blues, with each one having spent time on the local club circuit. The band garnered a local following, integrating cover versions of British Invasion groups, particularly The Who, into their live repertoire. Curry was soon replaced by Gary Andrijasevich, a jazz drummer from Cupertino High School. They never recorded any commercial releases, but rare demos by the group appeared in the 1990s. The band was gaining popularity until Torney and Phay accepted an offer from a rival band, The Otherside, to join their group. Kemling followed soon after, effectively dismantling the first incarnation of the band.

With the first version of the Chocolate Watchband disbanded, Mark Loomis moved on to join The Shandels. Quickly becoming disillusioned, he took the discarded name "Chocolate Watchband" and recruited The Shandels' bass player Bill 'Flo' Flores and former Watchband drummer, Gary Andrijasevich. Next he convinced former Topsiders guitarist Dave "Sean" Tolby to enlist. The group recruited David Aguilar as the frontman and lead singer; at the time, Aguilar was a college student studying biology at San Jose State University.

Loomis naturally asserted the role of leader during this initial time period, although the band never acknowledged it had a designated leader. Songs to cover were presented, shows were talked about, the band voted together on all decisions. Sean Tolby obtained the latest in Vox equipment while Loomis provided the space for nightly rehearsals. Within a week, the band began performing at local clubs in San Francisco's South Bay, playing a range of songs that included obscure British import tunes never released before in the States.[5] Unlike other local bands who were covering the latest hits from the top 10 on radio, the Chocolate Watchband played songs few people had ever heard before. Thus, in many instances, these songs became associated with the Chocolate Watchband and not the original artists.

Six months later, after opening for the Mothers of Invention at the Fillmore Auditorium, Hollywood music producer Bill Graham urged the Chocolate Watchband to sign a management contract with him. He was opening up a new Fillmore East in New York City and wanted to shuttle the Chocolate Watchband, the Grateful Dead, and Jefferson Airplane back and forth from coast to coast as his personal house bands. However, having signed a management contract with local promoter Ron Roupe a week earlier, their future followed a different path. Roupe, having secured a recording deal with Green Grass Productions in Los Angeles, introduced the band to producers Ed Cobb and Ray Harris. The band flew to Los Angeles and entered the recording studio; as a warm-up to show Cobb their capabilities, they quickly recorded down tracks for "Come On," a Chuck Berry song that had also been the first track recorded by the Rolling Stones (the latter of whom the band was frequently compared to). Cobb introduced the band to a song he had written a week earlier named "Sweet Young Thing". Released in December 1966 by Tower Records, the B-side featured the group's cover of Bob Dylan's "It's All Over Now, Baby Blue", another stage song the band regularly played. However, unknown to the Watchband, Tower Records farmed the distribution of their recordings out to Uptown Records, a rhythm and blues label with predominantly black artists.

Frontman Aguilar began writing material for the band, including originals like "Right By My Side", "Gone & Passes By", "Don't Need Your Lovin' Anymore", "No Way Out" and "Sitting There Standing." The band's second single was the more restrained track "Misty Lane", released with a sweet orchestrated ballad, "She Weaves a Tender Trap", as its B-side. During this period the band were featured in two Sam Katzman films: Riot on Sunset Strip and The Love-Ins. The latter film inspired the group's next single; "Are You Gonna Be There At The Love-In", which was written and recorded in one day. The single was released with the B-side "No Way Out", an instrumental spawned from a studio warm-up with spontaneous Aguilar vocals that Cobb later took credit for. With Loomis gone, the band drifted apart in late 1967, shortly after the release of their first album, No Way Out (1967). The band would reform with Sean Tolby, Billy Flores, Gary Andrijasevich, Tim Abbott and Mark Flinders, who came together to fulfill outstanding contracts with the record label. The third incarnation of the band was based on a blues rock sound, but lasted merely weeks.

After the departure of Loomis, Andrijasevich and Aguilar, Tolby and Flores were left with the duty of fulfilling a month's worth of bookings. They decided to enlist the services of Tim Abbott, Mark Whittaker and Chris Flinders, members of the San Francisco Bay Blues Band. The band still maintained a level of success, but the sound and style differed somewhat from the original band. They managed to secure a place as the opening act for The Doors, and also performed at the KFRC Magic Mountain Festival—the first rock music festival in the United States—among thirty other bands in June 1967. In late 1967, Abbott and Flinders had a disagreement with Tolby and manager Ron Roupe over financial matters, which ensured the indefinite break-up of the Watchband in December 1967.

In 1967, they were featured in two movies, The Love-Ins and Riot on Sunset Strip.

The Chocolate Watchband was reformed in late 1968, with the Danny Phay, the group's original vocalist in its 1965 inception, re-joining the band, as well as guitarist Ned Torney; bassist Bill Flores and guitarist Sean Tolby from the 1967 line-up remained. The band worked with Cobb to produce their third studio album, One Step Beyond (1969). One Step Beyond was a commercial failure except for the songs written and sung by David Aguilar that were put in on the album from past recording sessions, but on other tracks session players - including Moby Grape guitarist Jerry Miller (who played on "Devil's Motorcycle") - were used. The Chocolate Watchband recorded a Cobb tune already done by The Standells, "Medication" (on The Inner Mystique).

The band had begun to contest Cobb's influence because they believed he presented them as being more instrumentally refined on record than they were live; Cobb also used session musicians, sometimes entire ghost bands, to record portions of Chocolate Watchband albums. Less than half of the group's second official studio release, The Inner Mystique (1969), featured studio work by official members of the band; the majority of the record featured session musicians, and a singer named Don Bennett contributed vocals on the track "Let's Talk About Girls."

After their dissolution in 1970, a revival of interest in psychedelic and garage rock in the late 1980s and 1990s brought the group to public attention, and their original vinyl releases became collectors' items, selling among private sellers for over USD$100. Rhino Records issued a best-of release of the band in 1983, while Sundazed and other labels re-issued the original albums on compact discs, including bonus tracks. After leaving the band, its members each embarked on other non-musical pursuits; Aguilar had worked as an astronomy professor after the band's dissolution.

Continued interest prompted the band to reunite in 1999, with Dave Aguilar, Tim Abbott (replacing Mark Loomis, who backed out of the reunion), Bill Flores, and Gary Andrijasevich; Michael Reese was added as drummer in place of Sean Tolby. The group began to touring internationally in 2000, culminating in a show at New York's Cavestomp and a live album, At the Love-In Live! in 2001. They also issued a studio album,Get Away, in between the Cavestomp show and the live album. The group has since performed in Europe and the United States. In 2005, Melts in Your Brain . . . Not on Your Wrist, a two-CD compilation of the Chocolate Watchband's complete Tower and Uptown recordings, was released.

In June 2013, the Chocolate Watchband made it back to a recording studio in their hometown San Jose, to begin a new album. From 2015 to the present (2018), the band's lineup is Tim Abbott on lead guitar and vocals; Gary Andrijasevich on drums; David Aguilar on vocals, keyboards, and harmonica; Alec Palao on bass and backing vocals; and Derek See on guitar and vocals.
The first song recorded was a tribute to Sky Saxon who had recently died. Former member Mark Loomis died on September 26, 2014, in Hawaii.

This is a sad moment for all of us in the band. I never quite understood Mark's withdrawal and leaving, but in later years he expressed deep regret in breaking up the band. However, at that point in time there was no way to revive that magical moment in time. I always marveled at his guitar work and as time passed, my admiration for his musical abilities and unique guitar playing grew like the expanding universe. I can't express how sad I feel knowing all that is now permanently behind us. In my heart all I can say is thank you Mark for making the Watchband happen. And thank you for selecting me as your lead singer. With our fans - your musical notes will always play on. 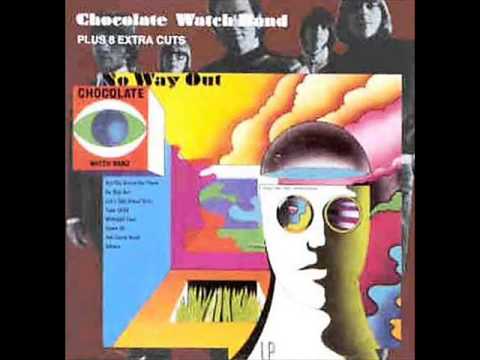 Are You Gonna Be There (At The Love In) 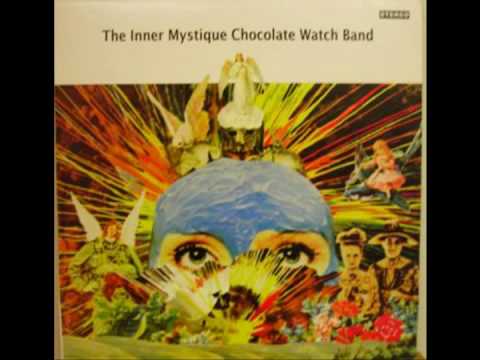 I Ain't No Miracle Worker 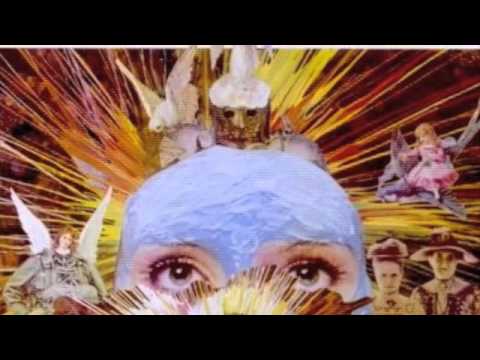 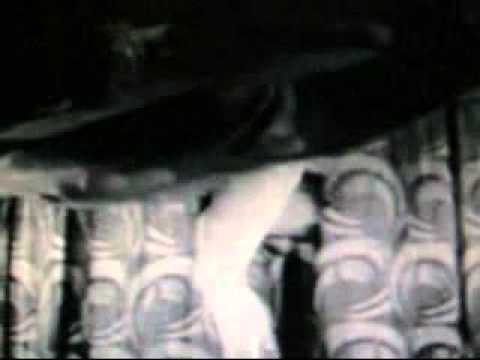