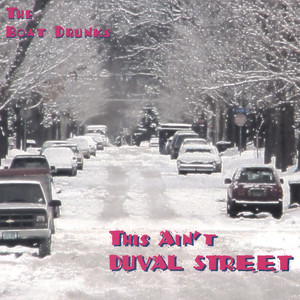 Having formed the Boat Drunks exploratory committee in the winter of 2000, Jake is considered the "father" of the Boat Drunks. In the winter of 2000, while trying to form the Boat Drunks, Jake met Mike Miller, and was invited to do the lead singing and play rhythm guitar (something new!) with Southern Cross. While with Southern Cross, he opened shows for several rock legends: The Marshall Tucker Band, The Grandmothers (Frank Zappa's old band), and Kevn Kinney (former front man of Drivin' and Cry...

Having formed the Boat Drunks exploratory committee in the winter of 2000, Jake is considered the "father" of the Boat Drunks. In the winter of 2000, while trying to form the Boat Drunks, Jake met Mike Miller, and was invited to do the lead singing and play rhythm guitar (something new!) with Southern Cross. While with Southern Cross, he opened shows for several rock legends: The Marshall Tucker Band, The Grandmothers (Frank Zappa's old band), and Kevn Kinney (former front man of Drivin' and Cryin').
"I began listening to Buffett in 1991, when a friend played me 'Why Don't We Get Drunk and Screw.' I had all his albums purchased by that next year." The bug bit him, and he happily lives with the sting.
Jake lists his influences as Jimmy Buffett, the Beatles, the Illini, his son Jackson, his new daughter Leigha (pronounced LEE-uh), and his wife, Jessica (but not necessarily in that order...). "If you come on out and see us, I guarantee you'll tell a friend and be back."

keyboards, vocals
Andy comes from a large family of hillbilly musicians who play by ear, but can’t read a lick of music. Given that, Andy took piano lessons at age five for about
two years. Tired of notes, and not playing anything he heard on the radio, he quit lessons and began about 10 years of non-training on his own. At age 15, Andy
joined his first rock band, Therapy. That gig lasted exactly one gig and two rehearsals. At age 16, Andy began playing in his first bar band: a nameless,
classic rock band that would play at any local watering hole that would allow them through the door. His first regular paying gig was in the Beatles
tribute act Rubber Soul in 1996. In 1997 Andy also started playing part time with Effingham based band Free Clinic, which performed original music in the
greater Effingham metropolitan area. After that ran its’ course, Andy joined funk/party band Turkey Manhattan Project. Andy took a short hiatus from
bands, and moved to St. Louis where he occasionally sat in with Clarence Walker and the Morticians. Upon returning to central Illinois, he came across an
advertisement for a band seeking a keyboardist in the Parrot Republic newsletter. A call was placed to Jake and nearly seven years later the Boat Drunks are still going strong. When the Boat Drunks have an off night,
you can catch Andy in the 80’s hair metal band Leather Pistol.
As far as being a Parrot Head, Andy has been listening to Buffett music since he was introduced to Living and Dying in 3/4 Time in 1991. Aside from meeting
hundreds of great fans and musicians, Andy’s favorite moment with the Drunks came in 2004 when he turned on the CMA awards and saw Doyle Grisham and Michael Utley on TV, two days after they had shared the stage with
the Drunks in Key West.

harmonica, percussion, vocals
Howie has been around for more years than he cares to admit (where the heck is that AARP card?!?), starting his musical journey in Peoria, IL, with the St. James Street Boys (1974-75) and Mackinaw (1978-79), appearing on their cult album, “Legends In Their Spare Time.” He relocated to Champaign-Urbana in 1980, when he was invited to join one of the Midwest’s most popular country-rock bands, Appaloosa. He was on the road with them for 6 years and appeared on Appaloosa’s “Morning Riser” album. For all of you country rock music buffs, The Boat Drunks’ song, “Southside Summer Nights”, was written by Appaloosa frontman, Michael Garcia. After Appaloosa, Howie played in several bands in the Champaign, IL, area, including Elements (1986-89), Red Letter Day (1990-93) and the Deadbeats (1995-2004). Folks still ask about the ‘Beats – maybe they’ll resurface one day – Blues for Life!
Howie was introduced to the ParrotHead phenomenon in 1997, when he jammed with Milwaukee singer/songwriters, Jim Hoehn and Kevin Mulvenna. This somewhat drunken session led to Howie recording on Kevin's "Grown Up Kid" CD. He also joined them for several interesting musical trips to Wisconsin, Iowa, Ohio, Texas, and Key West for the Meeting of The Minds in 1998 and 2000. The Drunks’ song, “Corona Alone Again”, was penned by Kevin. Howie enjoys sitting in with other trop rock artists at ParrotHead phlockings. Notables besides Jim Hoehn and Kevin Mulvenna include James “Sunny Jim” White, Jerry Gontang & Stars On The Water, Rob Mehl, Matt Hall and John Frinzi.

drums
Larry boarded the Good Ship Boat Drunks in January 2003. He’s been gigging publicly for 30 years. His interests musically are diverse – he’s played combo jazz, big band, musicals, symphonic, country swing, R&B, blues, and rock throughout his playing career. His musical influences reflect his diversity – including Bonnie Raitt, Little Feat, Steely Dan, Cubanismo, Lyle Lovett, Bob Wills, Mel Torme, Earth Wind and Fire, Santana, and Ray Charles. Larry’s favorite drummers include Little Feat’s Richie Hayward and Sam Clayton, and “all those great studio cats – Steve Gadd, Dennis Chambers, Russ Kunkel, Peter Erskine…” There were more, but we got bored hearing about them.
By day, Larry is a mechanical engineer with a degree also in rocket science (but, as he will tell you, “I ain’t no brain surgeon!”) Keeping with the spirit of Champaign-based musical schizophrenia, Larry also plays with Jake in the pop/rock band ‘Big Bang Theory’.
The Buffett connection you ask? Having been good friends with the band Little Feat for a number of years, Larry is often asked to sit in on congas/percussion with Sam Clayton, who was once a bona-fide Coral Reefer himself!

pedal steel, lead guitar
Dyke Corson got his start in the music business at age 12 working in a local music store. He was playing gigs by age 15, and now 35 years later he’s still working in music stores and playing gigs! His musical career includes stints with regional acts Pork and the Havana Ducks, Flatland Band, Gator Alley and the Modern Cowboyz - not to mention 22 years at the Rose Bowl in Urbana, IL (5 of them with Jake!). He has also played steel guitar with many Nashville artists including Allison Krauss, Del Reeves, and Hank Thompson.
Dyke played his first gig with the Boat Drunks on pedal steel guitar in March of 2005, and has been around ever since, recently taking on more lead guitar duties as well. He has been playing Buffett songs on pedal steel and lead guitar since the mid 70s. Dyke finds Buffett songs and Boat Drunks original material the perfect music to play on pedal steel guitar!

bass
Aaron is the Boat Drunks rookie. While he may be new to the world of tangy tropical rock and Parrotheads, Aaron has played bass for nearly twenty years looking up to the likes of Paul McCartney, Geddy Lee, John Paul Jones, and Steve Harris to name a few. Ultimately, his late grandpa Russell serves as his main influence in both music and life. Aaron's first public performance was in 1991 with the band Stone Cold Opera. The band broke up shortly thereafter, only to reform with the same members, plus one Andy Gaines to become the nameless, classic rock band that would play at any local watering hole that would allow them through the door. Aaron "retired" from the music biz for a while to focus on his education. After seven years, he earned his bachelor's degree followed shortly by a master's degree in history. After college, and realizing that his degree wasn't exactly knocking down doors, Aaron came out of retirement so he could afford food. From 1999-2008, he has played in groups including the Reverend Robert and the Raging Caucasians, The Homewreckers, Dr. Wu, and Leather Pistol.
By day, Aaron teaches history at Parkland College in Champaign, Illinois. So if you have any burning questions about any past people, places, or events he's the man to ask. In addition, he's a walking movie encyclopedia and is undefeated in the game "Scene It".
The Buffett connection? "Honestly, I had no clue who Jimmy Buffett was until the mid-1990s when I heard Andy listening to him in his car one day. Since then, I've been drunk at three consecutive Buffett concerts". Read more on Last.fm. User-contributed text is available under the Creative Commons By-SA License; additional terms may apply.