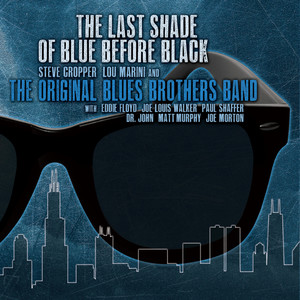 The Blues Brothers Band are an American rhythm and blues band founded in 1978 by comedians Dan Aykroyd and John Belushi as part of a musical sketch on Saturday Night Live. Belushi and Aykroyd, respectively in character as lead vocalist "Joliet" Jake Blues and harpist/vocalist Elwood Blues, fronted the band, which was composed of well-known and respected musicians. The band made its debut as the musical guest on the April 22, 1978, episode of Saturday Night Live. The band then began to take on a...

The Blues Brothers Band are an American rhythm and blues band founded in 1978 by comedians Dan Aykroyd and John Belushi as part of a musical sketch on Saturday Night Live. Belushi and Aykroyd, respectively in character as lead vocalist "Joliet" Jake Blues and harpist/vocalist Elwood Blues, fronted the band, which was composed of well-known and respected musicians. The band made its debut as the musical guest on the April 22, 1978, episode of Saturday Night Live.

The band then began to take on a life beyond the confines of the television screen, releasing an album, Briefcase Full of Blues, in 1978, and then having a Hollywood film, The Blues Brothers, created around its characters in 1980.

After the death of Belushi in 1982, the Blues Brothers have continued to perform with a rotation of guest singers and other band members. The original band reformed in 1988 for a world tour and again in 1998 for a sequel to the film, Blues Brothers 2000. It makes regular appearances at musical festivals worldwide.

While not all members appeared in the original film, the full band included:

While the music of the Blues Brothers is based on R&B, blues, and soul, it also drew heavily on rock and jazz elements, usually taking a blues standard and bringing a rock sound and style to it. The band could be drawn into three sections: the four-man horn section, the traditional rock instruments of the five-man rhythm section, and the two singing brothers. The sound of the band was a synthesis of two different traditions: the horn players all came from the clean, precise, jazz-influenced sound of New York City; while the rhythm section came from the grittier soul and blues sound of Chicago and Memphis. The success of this meld was due both to Shaffer's arrangements and to the musicians' talents.

In Stories Behind the Making of The Blues Brothers, a 1998 documentary included on some DVD editions of the first Blues Brothers film, Cropper noted that some of his peers thought that he and the other musicians backing the Blues Brothers were selling out to Hollywood or using a gimmick to make some quick money. Cropper responded by stating that he thought Belushi was as good as (or even better than) many of the singers he had backed; he also noted that Belushi had, early in his career, briefly been a professional drummer, and had an especially keen sense of rhythm.

The Blues Brothers recorded their first album, Briefcase Full of Blues, in 1978 while opening for comedian Steve Martin at Los Angeles' Universal Amphitheatre. The album was #1 on the Billboard 200 went double platinum, and featured Top 40 hit covers of Sam and Dave's "Soul Man" and The Chips' "Rubber Biscuit."

The album liner notes fleshed out the fictional back story of Jake and Elwood, having them growing up in a Roman Catholic orphanage in Calumet City, Illinois and learning the blues from Curtis (played in the film by Cab Calloway), the orphanage janitor. Their blood brotherhood was sealed by cutting their middle fingers with a string said to come from the guitar of Elmore James.

On March 5, 1982, John Belushi died in Hollywood of an accidental overdose of heroin and cocaine.

After Belushi's death, updated versions of the Blues Brothers have performed on SNL and for charitable and political causes. Aykroyd has been accompanied by Jim Belushi and John Goodman in character as "Zee" Blues and "Mighty Mack" McTeer. The copyright owners have also authorized some copycat acts to perform under the Blues Brothers name; one such act performs regularly at the Universal Studios Florida theme park in Orlando, Florida and Universal Studios Hollywood.

Aykroyd has continued to be an active proponent of blues music and parlayed this avocation into foundation and partial ownership of the House of Blues franchise, an international chain of nightclubs. In character as Elwood, he also hosts the syndicated House of Blues Radio Hour.

John Belushi's brother, James Belushi, toured with the band for a short time as "Zee Blues," and recorded the album, Blues Brothers & Friends: Live from House of Blues, with Dan Aykroyd but he didn't appear in Blues Brothers 2000. It's rumored he was approached to play not the role of "Mighty Mack" (played by John Goodman), but the role of the local Sheriff "Cab" Chamberlain (which eventually went to Joe Morton). Jim would later reunite with Aykroyd to record yet another album, not as the Blues Brothers but as themselves: Belushi/Aykroyd - Have Love Will Travel (Big Men-Big Music).

In 2004, the musical, The Blues Brothers Revival, premiered in Chicago. The story was about Elwood trying to rescue Jake from an eternity in limbo/purgatory. The musical was written and composed with approval and permission from both the John Belushi estate (including his widow, Judith Belushi-Pisano) and Dan Aykroyd.

The Blues Brothers featuring Elwood and Zee regularly perform at House of Blues venues and various casinos across North America. They are usually backed by James Belushi's Sacred Hearts Band.

The Blues Brothers Band tours the world regularly. The only original members still in the band are Steve Cropper, Lou Marini, and Alan Rubin. The lead singer is Rob "The Honeydripper" Paparozzi, and they are frequently joined by Eddie Floyd. Read more on Last.fm. User-contributed text is available under the Creative Commons By-SA License; additional terms may apply. 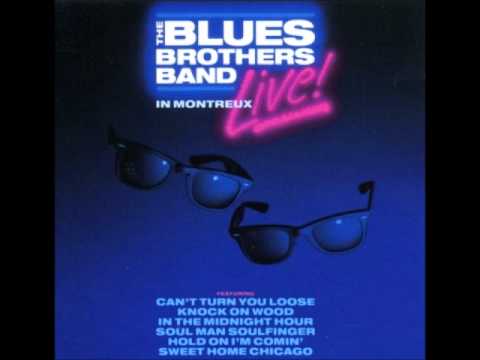