The Aynsley Dunbar Retaliation was a late-60s British blues-rock band led by drummer Aynsley Dunbar after his stints in John Mayall & the Bluesbreakers and the Jeff Beck Group. Dunbar (who wrote the song "Warning", covered by Black Sabbath on their debut album) led The Aynsley Dunbar Retaliation through a number of albums. Dunbar was later the drummer for Frank Zappa's Mothers of Invention, featuring on albums such as Waka/Jawaka, and The Grand Wazoo, as well as the film 200 Motels. In 1974 he...

Dunbar was later the drummer for Frank Zappa's Mothers of Invention, featuring on albums such as Waka/Jawaka, and The Grand Wazoo, as well as the film 200 Motels. In 1974 he played on the soundtrack for "Down and Dirty Duck", a Chuck Swenson adult animated movie. In the mid 1970s, Dunbar joined Journey for their first four albums; he left and joined Jefferson Starship for three albums. In 1985, Dunbar joined Whitesnake, and drummed on their 1987 album, Whitesnake. He also spent some time working with Eric Burdon and The Animals.

At one point, Dunbar was almost the drummer for The Jimi Hendrix Experience when in an audition Hendrix was unable to decide to pick either Dunbar or Mitch Mitchell - the latter won Hendrix's coin flip.

Dunbar started his professional career in Derry Wilkie and the Pressmen in 1963. In December 1964 he joined Merseybeat group the Mojos, who were renamed Stu James & the Mojos, with original members vocalist Stu James and guitarist Nick Crouch and bass player Lewis Collins (later an actor in the Professionals). This line-up continued till 1966. Dunbar then joined John Mayall's Bluesbreakers replacing Hughie Flint in the summer of 1966. He stayed with Mayall until the spring of 1967 (playing on the A Hard Road album), being replaced by Mick Fleetwood.
After a short stint in the Jeff Beck Group Dunbar founded 'the Aynsley Dunbar Retaliation', so named to chide Mayall who fired him. They issued four albums during their existence. Dunbar co-wrote the song "Warning" (later recorded by Black Sabbath on their first album). The Dunbar single version was recorded in 1967 for the Blue Horizon label,[2] prior to his band's first album release The Aynsley Dunbar Retaliation (circa 1969[3]).

In 2005, he drummed on Jake E. Lee's solo Retraced album. He has been the drummer for the World Classic Rockers since 2003.

In 2008, Dunbar recorded an album of material for Direct Music with Mickey Thomas of Starship, and musicians such as Jake E. Lee, former guitarist for Ozzy Osbourne. The complete recordings of Dunbar's drumming with Frank Zappa at Carnegie Hall in October 1971 were released exactly 40 years later in a four-CD set.
In 2009, the blues album The Bluesmasters featuring Mickey Thomas was released, featuring Dunbar on drums along with Tim Tucker on guitar and Danny Miranda on bass as well as guest stars such as Magic Slim on guitar and vocals. 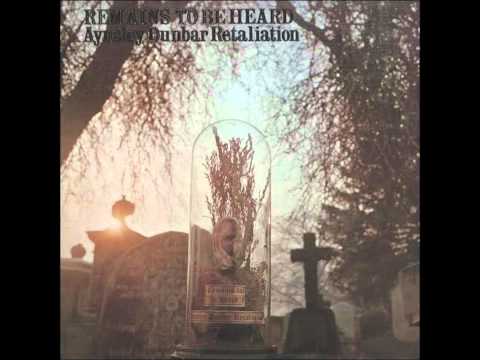