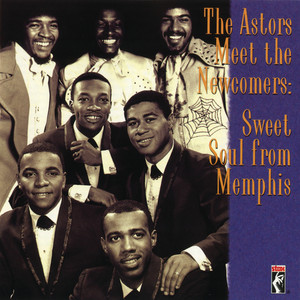 The Astors, Curtis Johnson, Eliehue Stanback, Sam (Byrnes) Jones, Richard Harris, grew up in The Orange Mound community in Memphis, Tennessee, while attending Melrose High School, along with Richard Griffin, a member of the original group called The Duntinos, and Harold "Quake" Johnson, Curtis' brother who joined the group when Richard Harris left the group for a while in 1967. The group was organized in 1958 by a neighborhood pianist, Herman "Red" Arnett who held auditions for a singing group a...

The Astors, Curtis Johnson, Eliehue Stanback, Sam (Byrnes) Jones, Richard Harris, grew up in The Orange Mound community in Memphis, Tennessee, while attending Melrose High School, along with Richard Griffin, a member of the original group called The Duntinos, and Harold "Quake" Johnson, Curtis' brother who joined the group when Richard Harris left the group for a while in 1967. The group was organized in 1958 by a neighborhood pianist, Herman "Red" Arnett who held auditions for a singing group at his home in the "Mound". "Red" brought Curtis, Eliehue, Richard, Sam, and Richard Griffin, together for months of work before calling them a "group".

The group, The Duntinos, quickly made a name for themselves performing regularly at local Beale Street and area venues. "Red" taught the guys to perform, and they learned to entertain under the tutelage of Rufus "Walking The Dog" Thomas, while working the "Chittlin Circuit" with him and his band, The Bearcats. After Curtis and Eliehue graduated, the Duntinos moved to Buffalo, New York with Curtis' relatives, looking, for the "Bright Lights" of New York, but found that Buffalo was very cold, and a long way from "The Big Apple". After working a few jobs in Buffalo, the group return to Memphis to do some backup vocals for Carla and Rufus Thomas and other artist recording at a new studio, then called Satellite Records.

In 1961 the group recorded their first release "You Make Me Feel So Good"(Curtis -lead), a song that Curtis wrote b/w "As You Can See"(Eliehue-lead), written by Eliehue Stanback. The group's name was changed to The Chips for this release, named after producer, Chips Moman. In 1961, Curtis joined the Air Force, but continued to record when on leave from the Military. In 1963 the group's name was changed again to The Astors for the next release, written by guitarist, Larry Lee who played with Jimi Hendrix at Woodstock and later played with Al Green for years. That record was " What Can It Be" b/w "Just Enough To Hurt Me"(Curtis-lead). "What Can It Be is my favorite of all the songs we recorded", says Curtis.

In 1965, Stax Records, formerly Satellite, released a song on the group "Candy" that was recorded while Curtis was on leave.
"Candy"(Curtis-lead), written by Booker T & MG's guitarist Steve Cropper and Isaac Hayes, was their biggest record. The song b/w "I Found Out" , written by Eliehue, climbed to #12 on the Billboard Top 100 R&B charts, and #63 on the Top 100 Pop charts. As "Candy" moved up the charts, The Astors performed on shows at the Uptown Theater in Philly, the Howard Theater in D.C., The Regal Theater in Chicago, and The Apollo Theater in New York. The other performers on these shows included The O'Jays, The Coasters, Curtis Mayfield and The Impressions, and Redd Foxx to name a few. The Astors also spent 2 1/2 months performing on tour with The James Brown Review.

In late Summer of 1965, the group traveled to Los Angeles, CA with the first Stax Review to perform in Watts, and spent 13 days their filming TV shows during the day ("Where the Action Is" a Dick Clark production, and "Hollywood A-Go-Go", a syndicated dance show and Shivaree, another dance TV show). Nights, the group performed at nightclubs on The Strip in Hollywood. A 2-night stand at the 5/4 Ballroom Club in Watts was the climax of this tour, and was recorded live.
The complete Stax Review included Carla and Rufus Thomas, Booker T. and The MG's, William Bell, The Mad Lads, Wilson Pickett, and The Mar-Keys. These shows were recorded and can be heard on "Funky Broadway: Stax Live At The 5/4 Ballroom" (SCD-8567-2). The 1965 "Watts Riot" started about this time. "We could see the smoke from the riot while we were flying out of LA." says Curtis.

Later, Richard decided to leave the group to spend more time with his family, and Curtis' brother, Harold Johnson, joined the group. In 1967 the group recorded and released a song written by Booker T. Jones and William Bell, "Daddy Didn't Tell Me" b/w More Power To You" written by David Porter and Curtis. Eliehue and Sam were drafted into the military thereafter, and the group broke up.

In 1992, Fantasy Records, who took over the Stax catalogue, after Stax closed it's doors for good, released a Box Set of 9 CDs that included 5 Astors songs, and in 1995 reissued The Astors music on the CD " The Astors Meet the Newcomers: Sweet Soul from Memphis" that include 11 songs by the group. Many compilation CDs have been released over the past 8 years that also include songs the Astors recorded at Stax, some of them were never released before. 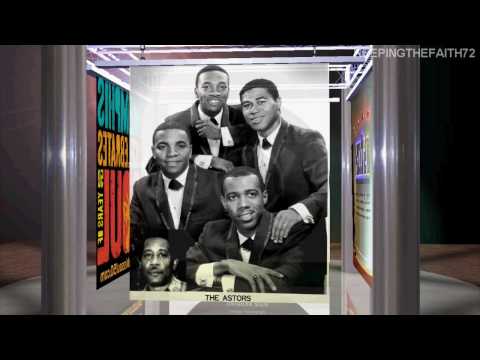 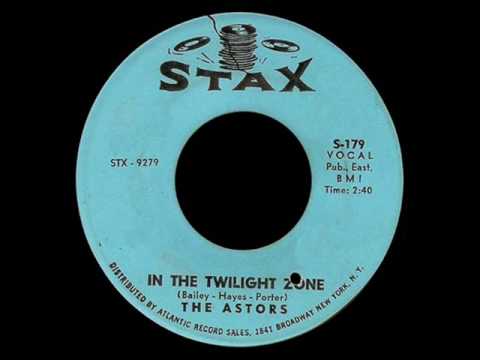 In The Twilight Zone