The ANABASIS is a progressive rock collaborative studio project conceived by multi-instrumentalist and composer Barry Thompson of Norton, MA (US) with lyrics by freelance writer and author George Andrade of Fall River, MA (US) . In 2009, Barry approached George with the idea of merging a personal story of falling from grace and redemption with that of a sociopolitical story of the self-destructive impulses that riddle and affect our public existences and mirror the inner struggles that...

The ANABASIS is a progressive rock collaborative studio project conceived by multi-instrumentalist and composer Barry Thompson of Norton, MA (US) with lyrics by freelance writer and author George Andrade of Fall River, MA (US) . In 2009, Barry approached George with the idea of merging a personal story of falling from grace and redemption with that of a sociopolitical story of the self-destructive impulses that riddle and affect our public existences and mirror the inner struggles that we harbor, while also highlighting the hope that can release us from such travails … the debut album was named “Back From Being Gone” and The ANABASIS was born.

"Back From Being Gone" is a concept album anchored by a trilogy of "epic" songs called The Anabasis Suite. The songs of The Anabasis Suite are based upon 3 great ancient civilizations – the Romans, the Norse and the Egyptians - and attempts to tell the story and also comment upon how the selfish actions of "simple men thrown upon the stage" of history had affected the lives of the people living along the malls, along the fjords and along the Nile under their rule; in the process, Barry and George hope to hold a mirror up to our own lives (microcosm) and our relationships with our respective societies and governments (macrocosm). It was a tall order, indeed, and a potential pretentious trap.

The music written by Barry was influenced by Iron Maiden, Judas Priest, Dream Theater, Spock’s Beard and Black Sabbath and the historical lyrics were meticulously researched by George and thematically intertwined within the other “stand alone” songs of the album, influenced by the metaphors and literary eye of New England poets such as Robert Frost and contrasted with the ideas of ancient mythologies; once written, the team recruited a group of extraordinarily talented musicians from all over the world to take part in the project and fulfill their ambitious vision … were they crazy? Could they actually pull it off?

The premise was to provide a basic framework for the songs and then allow each musician free reign to play and interpret their individual parts through their own unique performance style and sound with Barry guiding and suggesting musical ideas, molding the finished pieces as they collectively evolved – it was a true collaborative effort.

Such artists as Josh Sager ( Din Within - US), Christopher James Harrison (Hi-On Maiden, Lee Abraham Band - UK), Brick Williams (Hourglass - US), Stefan Artwin (Relocator - DE) and Plini (Halcyon - AU) rose to the occasion and recorded powerful, eclectic and emotionally moving guitar solos that enhanced and amplified the themes thrillingly in their respective sections. Ryo Okumoto (Spock’s Beard, K2, Ryo Okumoto Band – JP/US) signed on and composed majestic, sweeping and beautiful keyboard orchestrations for The Anabasis Suite and then quickly, based upon the strength and development of the album, decided to join the band as a regular member and play throughout providing some classic progressive rock flourishes and atmospheric work. Brian Hong was also enlisted and provided two endearing, solo violin pieces and Jeroen Hendrix performed additional blistering keyboard play ultimately highlighted by a classic duel with Ryo Okumoto on the song “Fly”. Finally, Gerald Mulligan (Lee Abraham Band - UK) was recorded and supported the project with his tremendous, multifaceted drumming.

Per Fredrik Pellek Åsly (Damnation Angels – SE) gave the album and The ANABASIS its voice - a tremendous, emotive and relatable lead vocalist that captures the imagination, while veteran progressive metal rock vocalist Gordon Tittsworth (Images Of Eden, Dread The Forsaken, All Too Human – US) enthusiastically piped in with rock solid and harmonic backing vocals as well as co-lead vocals on “Epiphany”.

The album was mixed and co-produced by Lee Abraham (Lee Abraham Band – UK) – who also played bass on two songs - at his Dockside Studios and the drums were recorded and engineered by Karl Groom (Threshold –UK) at his Thin Ice Studios. Album art was designed by noted artist extraordinaire Martin Kornick (Neal Morse, Keith Emerson, Ajalon – US). 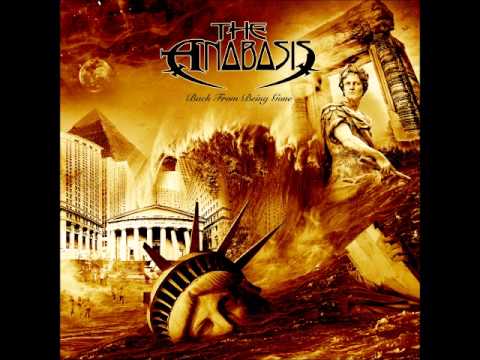