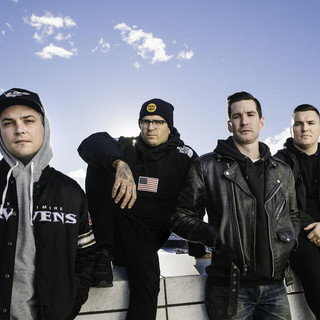 The Amity Affliction is a metalcore band originally from Gympie, Queensland. They have become one of the most well known hardcore bands in Australia through a strong touring ethic, a stunningly original sound and a commitment to creating a fun and exciting atmosphere within the scene. It seemingly took The Amity Affliction years to get their music together, releasing a demo in 2003 and a self-titled EP in 2004, but from the moment they released their High Hopes EP in 2007, the touring rampage...

The Amity Affliction is a metalcore band originally from Gympie, Queensland. They have become one of the most well known hardcore bands in Australia through a strong touring ethic, a stunningly original sound and a commitment to creating a fun and exciting atmosphere within the scene.

It seemingly took The Amity Affliction years to get their music together, releasing a demo in 2003 and a self-titled EP in 2004, but from the moment they released their High Hopes EP in 2007, the touring rampage began. In no time, The Amity Affliction was a household name amongst the hardcore community of Australia. Their mixture of metallic riffage, rock swagger and sing/scream vocal attacks made its mark on all who got in their way.

But it’s not just their music that people have taken notice of – Amity (as they are affectionately known) have an attitude and aura about their music and actions that has helped propel them even faster to the forefront of the scene. Fans come to their shows expecting flat out fun and excitement – the members always committing to making the party after the show as intense as the performance itself. The sing-along chants don’t end when the band gets off stage, and fans don’t leave after they play. With members involved in putting on punk rock clubs, music magazines, graffiti magazines, graphic design companies and online blogs that are well known throughout the country, Amity and it’s members are well ingrained into the culture and ethic of Australian hardcore culture.

‘Severed Ties’ was recorded in July and August of 2008, a grueling cross-country marathon of a record, recorded in Adelaide, Melbourne and Brisbane to get the best results. With guest vocals from JJ Peters (Deez Nuts, I Killed the Prom Queen), Michael Crafter (I Killed the Prom Queen, Carpathian, Confession), Matthew Wright (The Getaway Plan) and Helmet (The Daylight Curse), and production with Adelaide’s Darren Thompson, the 11 track full length was released in October 2008.

Severed Ties debuted at #26 on the Australian Charts and solidified The Amity Affliction as one of the most popular "heavy" bands in Australia. Triple J's national radio show "Short Fast Loud" had Severed Ties as #2 on their best albums of 2008, and popular punk site "KillYourStereo.com" listed it as #1.

In mid 2010 the band released their sophmore record 'Youngbloods'. The album debuted at #6 on the ARIA charts and has since gained significant recognition with the album constantly being voted #1 for 2010 by the public and recognized magazines alike, beating out Parkway Drive's 'Deep Blue' on many occasions. The album saw Amity's popularity sky rocket as the band has since done a sold-out national tour, tour the UK,US and Europe as well as playing the Soundwave Festival. The band is set to go on their largest tour to date with the Destroy Music Tour during May.

In October, The Amity Affliction set out on a new Australian tour with support from Asking Alexandria and Skyway! the "Fuck the Reaper" tour sold out in Brisbane, Sydney and Melbourne. starting 2012 off with a bang, The Amity Affliction toured the 2012 Big Day Out, with fellow label mates and good friends The Getaway Plan, before touring America alongside Asking Alexanrdia, Trivium and may others on the "Still Reckless Tour"

On 8 February 2012 it was announced that The Amity Affliction had been signed to Roadrunner Records for their next album and future. On 7 May 2012, the band headed over to Orlando, Florida to start recording their third album with producer Michael Baskette. On 7 June 2012 it was announced the band's 3rd album would be titled Chasing Ghosts and was set to be released on 7 September 2012 in Australia, 17 September for the UK, and 18 September for the US.

It was revealed in a news article and magazine cover posted on 13/14 August that guitarist Imran Siddiqi would no longer be a part of the band. Furthermore, Siddiqi then did not appear in the video clip for the single "Chasing Ghosts" released on 15 August. A fill in guitarist played their album tour and U.S tour in late 2012.

After the release of Chasing Ghosts, the band had an Australian nationwide tour in September–October promoting their new album with supporting acts The Ghost Inside, Architects and Buried In Verona. Amity appeared on Soundwave in 2013 in February–March and also Warped Tour Australia at the end of the year.

It was announced by Joel Birch on 24 March 2013 that Dan Brown was the new guitarist, although he did not appear on the "Open Letter" music video.

In 2013 The Amity Affliction was part of Warped Tour in the United States with Chad Hasty (Glass Cloud) on drums and percussion due to Ryan Burt severely damaging his cornea during a set in Portland, Oregon. Later in the tour vocalist Joel Birch was also hospitalized due to unspecified illness, forcing the band to cancel their set in Pittsburgh. The band's next show in Cleveland was played due to the help of Sam Carter (Architects), Jason Aalon Butler (Letlive.) and Chris Roetter (Like Moths To Flames) sharing the stage as replacement vocals for Joel. All shows after this were played with Joel back on vocals after his recovery.

Late in 2013 the band went on to play the "Brothers In Arms" tour across Europe and Australia with support acts Landscapes and In Hearts Wake for the European portion and Chelsea Grin, Stick To Your Guns and In Hearts Wake for the Australian segment. In late 2013, the band released a demo of the song "Cave In". The single was speculated to be featured on the upcoming album. However, this was proved false when the band announced the track list for their upcoming fourth studio album. The first single from the bands forthcoming album titled "Pittsburgh" was released on 14 April. The second single "Don't Lean On Me" was released on 15 May. The album itself, titled Let the Ocean Take Me, was released on 6 June in Australia, 9 June in the UK, and 10 June in the U.S. it debuted at No. 1 on the Australian ARIA albums chart, becoming the band's second consecutive No. 1.

On 11 October, lead guitarist Troy Brady announced that he had decided to leave the band, making Ahren Stringer the only original member left in the band.

On 18 May 2015, The Amity Affliction released a trailer for their upcoming documentary film titled Seems Like Forever on YouTube. The video description contains links to pre-order the film, released on 10 July 2015 as a stand-alone DVD or a deluxe two-disc edition CD version of Let the Ocean Take Me, including two unreleased tracks, "Skeletons" (featured in the trailer) and "Farewell".

On 18 May 2016, The Amity Affliction posted a video to their Facebook page announcing their fifth studio album, This Could Be Heartbreak. It was also announced that the album would be released on 12 August and the band also released the music video for the first single, "I Bring the Weather with Me". The song also features clean vocals from Joel Birch. . On 10 July the band released their second single for the album, the title track "This Could Be Heartbreak" along with a music video. On 9 August, the band released a lyric video for the song "All Fucked Up" on YouTube. The band was also featured on the Fearless compilation Punk Goes Pop Vol. 7, covering The Weeknd's hit song "Can't Feel My Face". A music video for the cover was released on 22 June 2017. The Amity Affliction officially announced that Ryan Burt departed from the band due to mental health concerns on February 5, 2018.

Two years later the band returned with Everyone Loves You... Once You Leave Them, their first studio LP with new drummer Joe Longobardi. 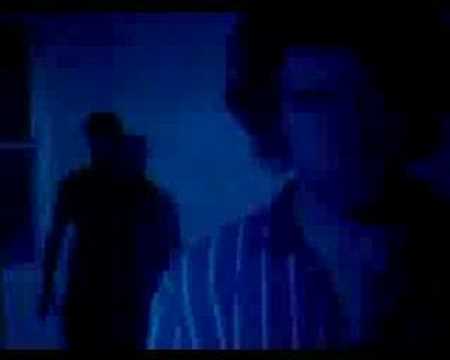 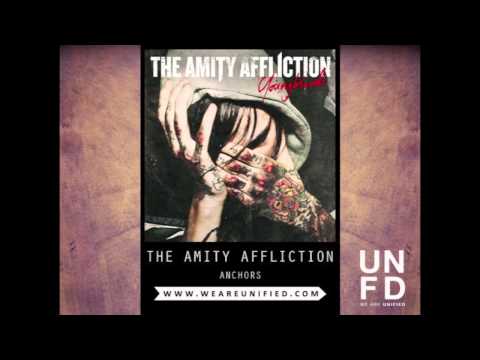 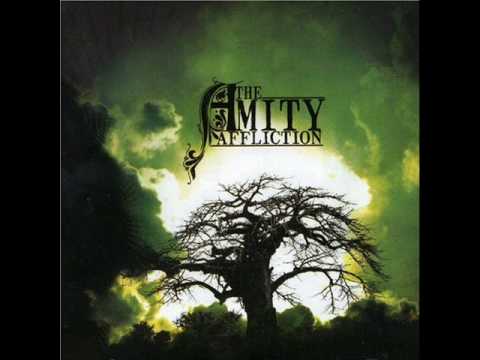 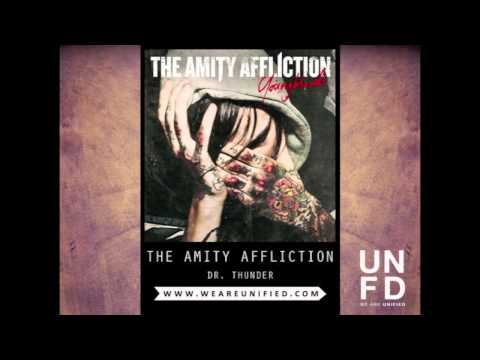 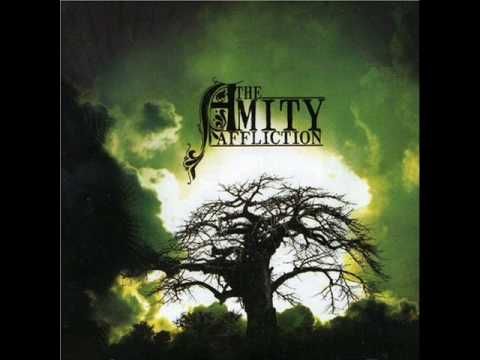 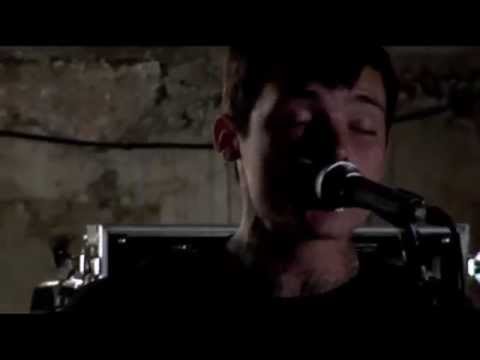 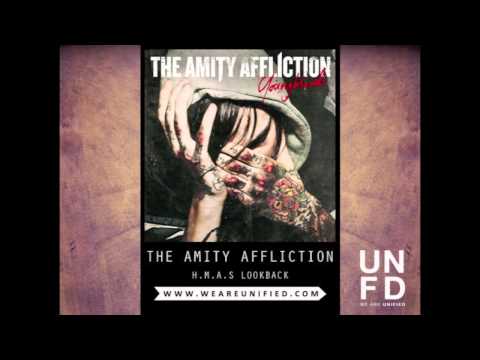 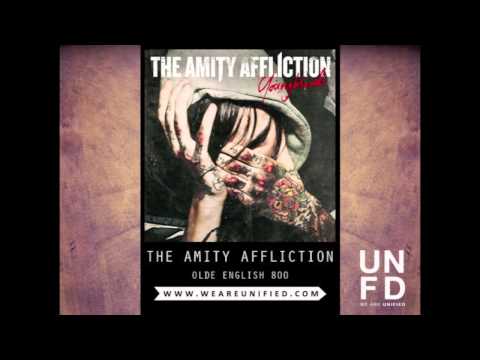