The Acorn is a Canadian indie folk band from Ottawa, Ontario, formed in 2003. Rolf Klausener is their principal songwriter, as well as vocalist and guitarist. Their most recent album, "No Ghost", came out in summer 2010. Anchored by vivid songwriting and eclectic instrumentation, The Acorn produce an original brand of experimental, popular folk music that effortlessly marries modern and traditional forms. Inspired by the natural beauty of the Outaouais region, and with his principle projects a...

The Acorn is a Canadian indie folk band from Ottawa, Ontario, formed in 2003. Rolf Klausener is their principal songwriter, as well as vocalist and guitarist. Their most recent album, "No Ghost", came out in summer 2010.

Anchored by vivid songwriting and eclectic instrumentation, The Acorn produce an original brand of experimental, popular folk music that effortlessly marries modern and traditional forms. Inspired by the natural beauty of the Outaouais region, and with his principle projects all on hiatus, Rolf Klausener started writing under the moniker The Acorn in the summer of 2002.

Initially an excuse to teach himself home-recording, these furtive experiments quickly started eating up the majority of his free time. These early musings would eventually become The Acorn’s first full-length release, The Pink Ghosts. A mellifluous, mostly-instrumental tribute to the Ottawa region, The Pink Ghosts was by released in July 2004 on Jon Bartlett’s proudly independent community-based label, Kelp Records. By this time, The Acorn had grown to include the talents of guitarist Jeff Debutte, visual artist and guitarist Howie Tsui and drummer Jeffrey Malecki.

In the fall of 2005, they released Blankets! , a more melodically focused effort showcasing the bands emerging synthesis of experimental folk and pop. Blankets! earned the band notable praise from CBC radio, independent media, and campus radio stations across the country. Inspired by the road and the communities they discovered beyond their sleepy capital city, The Acorn made every effort to travel the country, touring independently and as often as they could. Throughout 2005, they forged ties with a new, burgeoning independent Canadian music scene which grew to include Ohbijou, We’re Marching On, Snailhouse, Elliott Brood, Montreal’s People for Audio and many more.

A genealogical quest in late 2005 would prove to be the bands most challenging and sprawling project to date. Having lost his father to cancer at the age of 16, Rolf began conducting interviews with his Honduran-born Mother, Gloria Esperanza Montoya, to help form a more complete picture of his family. These interviews, both harrowing and awe-inspiring, would push Rolf to apply for several arts grants to produce a song-cycle based on them. In the spring of 2006, The Acorn was awarded an Ontario Arts Council grant and City of Ottawa music grant to produce Glory Hope Mountain. The immensity and scope of the project triggered an insurmountable bout of writers block, forcing Rolf to spend his time poring over his recorded interviews and researching Honduran native music and culture. Taking a break from the album, the band called up Montreal friend, pianist Keiko Devaux, and booked three days at Ottawa’s legendary Little Bullhorn Prods (Kathleen Edwards, Wooden Stars, Howe Gelb, etc.) to document some older material. It might have been the nausea-inducing heat, or the clock on the wall, but the band squeezed out three new songs as well, and walked out of the studio that weekend with a new six song EP titled Tin Fist.

Not quite biography nor musical folk tale, Glory Hope Mountain, harbours the triumphs, discoveries, sorrow and life-affirming adventures of a life both remarkable and happily modest. Armed with drums, gut-strings, ukuleles, marimbas and the collective’s best songwriting to date, The Acorn created a stirring musical document. Since the release of Glory Hope Mountain, The Acorn have graced the cover of Canada’s National music magazine, Exclaim, garnered innumerable rave reviews across Canada, the United States, and abroad, both online and in print, and were nominated to the 2008 Polaris Award long list. 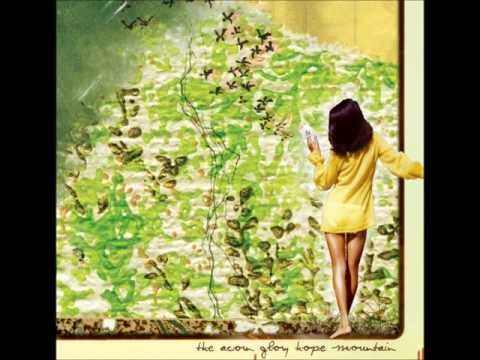 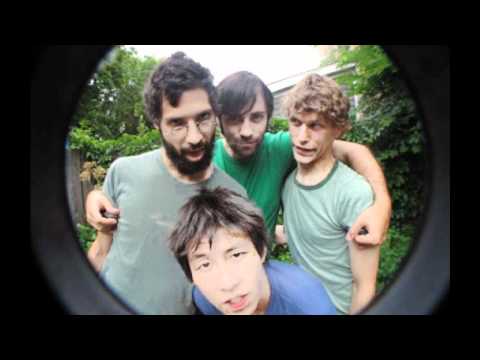 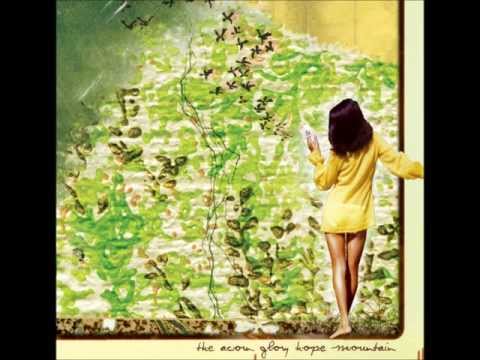 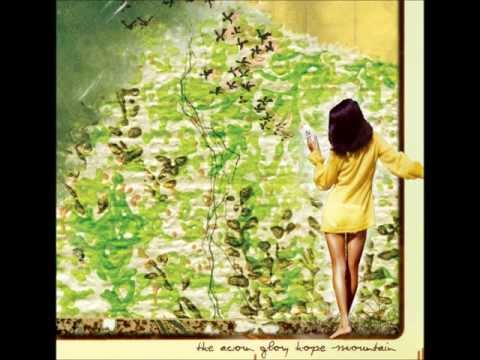 The Acorn 'Flood Pt. 1' from the album 'Glory Hope Mountain'