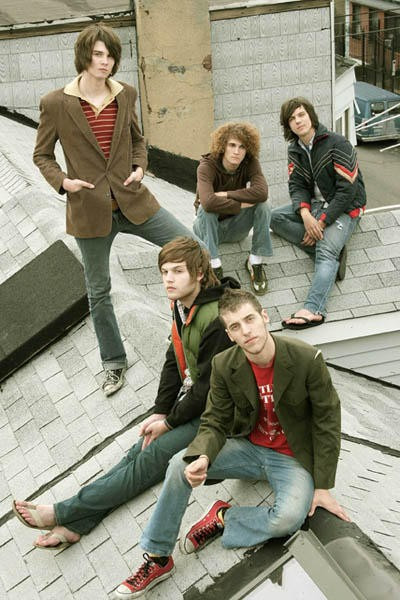 William Beckett (singer) and Adam T. Siska's (bass) plans for starting a band together came to fruition on March 4, 2003 recruiting Mike Carden (guitar) after his former band, Jodie, which had members of Victory Records act June, broke up then eventually adding AJ LaTrace as a lead guitarist and Michael DelPrincipe (Little Mike) as a drummer. They recorded their self-titled debut EP, The Academy (2004), for the Chicago-based label LLR Recordings. LLR Recordings had previously released Beckett's solo project Remember Maine's debut album The Last Place You Look in 2002 and Mike Carden's solo folk album in 2003. The EP was recorded in Villa Park, IL at The Gallery of Carpet by producer Brian Zieske. Pete Wentz from Fall Out Boy heard it and was impressed. The label Fueled by Ramen immediately signed the band.

In 2004 the band headed to Florida to record their Fueled by Ramen debut Almost Here, produced by James Paul Wisner, who has worked with Dashboard Confessional, Something Corporate, Further Seems Forever, and Underoath. After recording the album and a doing a summer tour, the band underwent a lineup change. Thomas Conrad, formerly of Chicago local band 5o4plan, replaced LaTrace as the second guitarist/backing vocalist and Andy Mrotek, formerly of Last Place Champs, replaced DelPrincipe as the drummer. Andy Mrotek and Thomas Conrad are listed in the liner notes, but were added to the band after the recording of Almost Here to replace DelPrincipe and LaTrace, respectively. They hit the road hard, touring with Fall Out Boy, Something Corporate, Midtown, Matchbook Romance, Motion City Soundtrack and Armor for Sleep. The album was released on February 8, 2005 and the following summer, the band embarked on their first headlining tour alongside Plain White T's, Days Away and June. On Billboard's charts Almost Here peaked at #7 on Top Heatseekers, #16 on Independent Albums, and #185 on The Billboard 200.

On October 26, 2006, The Academy Is... had announced via the blog on their official website that Thomas Conrad and the band had parted ways. Michael Guy Chislett joined the band to replace Conrad on guitar.

While touring as a main act on the 2006 Warped Tour, the band began the process of writing songs for their second album. Once finished, the band flew to Los Angeles to record their record with Butch Walker. As of December 23, 2006, the band had officially finished the recording process and the album, entitled Santi, was released April 3, 2007 on the Fueled By Ramen label. The release of this album was listed on Blender's 25 reasons to love 2007. On January 26, 2007 a sample of "LAX to O'Hare" was released on the band's AbsolutePunk profile. The album peaked at #32 on the Billboard 200.

The band went on to release the song "We've Got a Big Mess on Our Hands" as the album's first single, before releasing the album on April 3, 2007. Fall Out Boy, +44, Cobra Starship, and Paul Wall all joined the band on the 2007 Honda Civic Tour, after which the band moved on to the "Sleeping With Giants" tour with support from The Rocket Summer, Armor for Sleep and Sherwood. Partly through the tour, Cobra Starship was added to the support. The tour ended on November 24, 2007 in Chicago.

The band's third studio album, Fast Times at Barrington High, was released on August 19, 2008 through Fueled by Ramen. The title refers to the high school William Beckett, Adam Siska, and videographer Jack Edinger attended. The first single, "About a Girl," was added to the band's MySpace page on July 15, 2008 and was subsequently made available from various download sites. The lead model in the official music video for "About a Girl", Brittany Moser, also went to Barrington the same time Adam and William were in high school. On August 25, 2008 "About a Girl" was played on The Hills (season 4, episode 2). They also released the songs "Summer Hair = Forever Young" and "His Girl Friday" of FTABH on their MySpace page and PureVolume page. The album made it onto Rolling Stone Magazine's 50 Best Albums of the Year ranked as #46. It peaked at #17 on The Billboard 200

On William Beckett's Twitter page, it was said The Academy Is... have finished recording their new EP, Lost in Pacific Time: The AP/EP. It was released on September 22, 2009 on iTunes, and will be sold on the AP Fall Ball Tour. A limited number will also be sold on their webstore The track "I'm Yours Tonight" has already been released, and is on the band's Myspace page. Another track, "Days Like Masquerades" was played at an anti-suicide benefit at Barrington High School, in Barrington, Illinois. William has also been posting or linking lyrics on his blog. The newest song, "Sputter" (featuring Jack's Mannequin singer Andrew McMahon), is streaming on Banana's Music club, linked by both William and Pete Wentz via Twitter on September 21.[citation needed] On September 29, 2009, Pete Wentz announced via Twitter that TAI would replace The All-American Rejects for the St. Louis date of the Blink-182 tour, due to an injury to the AAR lead singer Tyson Ritter.

On May 26, the band announced that they will be supporting Kiss on their upcoming summer tour. The band also said that this tour will not affect the release date or direction of their new record.

On the tour with Kiss, they have been playing a cover of Sweet's "Fox on the Run", of which they contributed a recorded version to the soundtrack of the movie When In Rome. It is unclear though, whether the song will appear on the band's upcoming studio album.

On March 23, 2011, William Beckett tweeted that the band is currently making demos for the upcoming album.

On May 24, 2011, The Academy Is... made an announcement on their official website that said that fellow bandmates, Andy Mrotek & Michael Guy Chislett, were leaving the band to pursue their own musical careers. There has reportedly been no hard feelings during this decision. William Beckett also stated that the three remaining members would be entering the studio soon to record their fourth full-length album. This announcement featured a minute-and-a-half snippet of a track called "Chicago". Whether or not Mrotek and Chislett collaborated on the track is unknown.

On May 26, 2011, William Beckett tweeted that they had entered and recorded in the studio.

On October 8, 2011, The Academy Is... announced their disbanding on their official Facebook page, stating that they had "decided to go [their] separate ways." Read more on Last.fm. User-contributed text is available under the Creative Commons By-SA License; additional terms may apply. 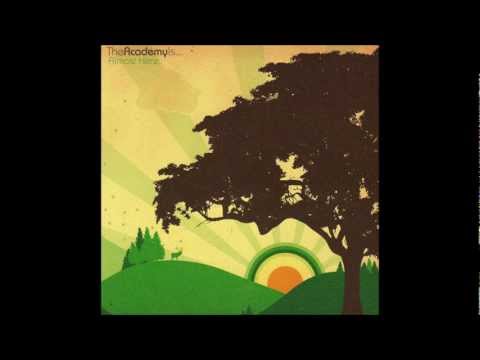