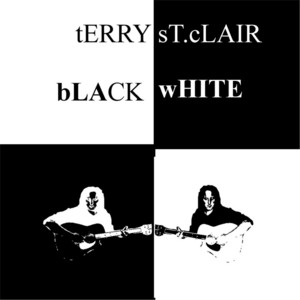 Terry St Clair (born 1951 in Burslem, Staffordshire, England) is a musician, guitarist, folk music and blues composer, and prolific London busker. He also performs numerous blues and traditional folk covers. As a child St Clair (real name Terry Sharrott) demonstrated his desire to become a musician. He would try to play anything that could produce a tune. He grew up alongside his elder brother Ian Sharrott, who was also interested in music, but who chose to pursue a career in computers instead....

As a child St Clair (real name Terry Sharrott) demonstrated his desire to become a musician. He would try to play anything that could produce a tune. He grew up alongside his elder brother Ian Sharrott, who was also interested in music, but who chose to pursue a career in computers instead.

St Clair and his family moved to Hinckley, Leicestershire in 1953. His parents encouraged his love of music, arranging for piano lessons at the age of nine. He also practised his singing skills as a member of the local church choir, where he also played the church organ.

He was educated at Hinckley Grammar School, and it was at a school concert that older pupil Geoff Richardson performed the folk blues of Bert Jansch and Jackson C. Frank, inspiring St. Clair to take up the guitar. His first guitar was home-made, and hardly stayed in tune.

Whilst working at the local printers W. Pickering and Sons. he and friends Pete Thomas and Mervin Wallace took over the running of the Bar W Folk Club in Barwell.

After he left school, worked as an apprentice book-binder, enrolling at the Matthew Bolton College in Birmingham. During this five year period he spent most of his time playing guitar and singing in local folk clubs.

In 1968 St Clair met Toni Savage. Savage was a local folk club organiser and agent. He ran a private press from his work shop in Leicester, where he printed and published material for Spike Milligan among others. Savage supported St Clair's career, and booked him into folk clubs and concerts around the country.

St Clair's television debut was on ITV's New Faces on his birthday in 1974, singing one of his own songs, "So Many Empty Mornings'". That same year he headed south for London and a professional life as a singer-songwriter, playing in wine bars and restaurants to make ends meet.

In 1977 St Clair moved back to the Midlands, got married, and had a daughter Anna (born 1978). With a family to feed, he took a job as a sales representative with a record distributor. During this period he formed a folk-rock band called Millstone Bill with old friend Steve Southorne; they played pub and club venues around the Midlands. St Clair was still writing songs and the band performed most of the material.

St Clair's marriage broke up in 1980, and he moved back to London, first working as a driving instructor for BSM, where in 1981 he met Kim his partner and Sarah Kim's Daughter. They all set up home together, Terry now says he has 2 daughters Anna and Sarah.

Between 1982/84 Terry travelled extensively around Europe. Initially by hitch-hiking to France, Italy and Greece. Playing the guitar and singing to survive.

Before long Terry set up home in North London with Kim and by this time being booked to play in Italy, Holland and Southern Ireland as well as all over the UK.

Street Theatre was very popular and Terry also enjoyed this freedom to perform in towns and cites throughout Europe and also to be paid for it. It was during this period that Terry performed alongside comedians such as Eddie Izzard, also Sarah Crow and Ann Bryson (then known as the Flaming Hamsters)

Band Aid happened in 1985 and so did Busk Aid. Terry wrote the song 'Maybe Not Tomorrow' at this time, and performed it on BBC Breakfast TV to promote the event and help raise money for the cause. Many thousands of pounds were raised on the Piazza at Covent Garden. This event was also filmed by the BBC.

The performers from Covent Garden also raised money for many charities including Great Ormond Street Hospital for Sick Children. Where they put on a big show to a full house at the Duke of York's Theatre, St Martins Lane, London. The show was Co-produced by Kim Mace (Terry's other half).

'Not between Two and Five' Terry's first album came out in 1985. Financed by businessman Nelson King. Recorded and produced by Bob Lamb (also produced the early UB40 albums.) at his studio at Kings Heath, Birmingham, UK, it has now sold well in excess of 60,000 copies. Bob was also the drummer in the Bob Seger Band. Keyboards and arrangement were by Phil Johnstone then unknown, now a world famous keyboard player and producer and has worked with Robert Plant for many years.

Terry continued to write songs and perform throughout the Eighties gaining bigger audiences (he even played at a Barry Manilow concert at Blenheim Palace! True story) In 1988 Terry performed to 5000 people at the Festival of Voices at Wembley Conference Centre.

There were many TV. and Radio appearances and the second Album 'From the Little Back Room' was released in 1991. It took 18 months to record. This was completely one man produced album. The production, arrangements using electronic sequencing and samples (apart from acoustic guitar) were done by Terry.

This album was very popular but Terry was already moving back to his acoustic roots and very bored with computer programmed or generated music.

In 1994 Terry recorded 'Basically...Terry St. Clair' and his first completely acoustic album. Just guitar and voice. Some of the songs on the album had been on previous albums. Basically has been an extremely popular album and the public response has been very good.

Terry now feels this is the most satisfying and honest way to record and as much as possible using first takes to try and capture the energy that can be lost after many takes.

In 1997 Terry was approached by an American record label, to record a new album in New York, USA. Unfortunately after several months of painful negotiations the deal fell through. The head of the record company was Dr Milo Sobel from Connecticut and although the record deal fell through, he and Terry remain friends.

Milo invited Terry over to Weston, CT to perform in concert in January this year. This was Terry's first trip to the states and he had to overcome his fear of flying. The trip was a great success. He and Kim had a great time and Milo and his wife Judith were the perfect hosts. After the gig they travelled to New York and spent a week seeing all the sights.

During the negotiations with Milo, Terry was introduced to music journalist John Tobler by Dave Cousins of Strawbs. John runs a label called 'The Road Goes On Forever' hopefully an album will be released on this label in the near future. In the meantime a new album on KM Productions has been released called Black White.

This album includes some familiar songs plus new material, and was recorded at Denton Studios, Chiswick, London. Read more on Last.fm. User-contributed text is available under the Creative Commons By-SA License; additional terms may apply. 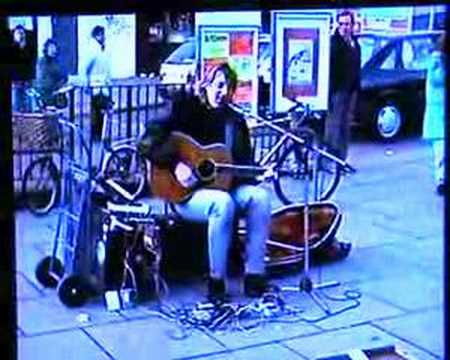