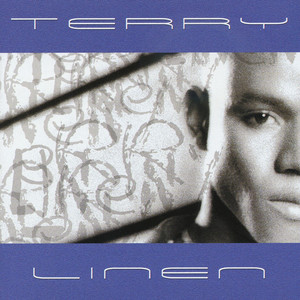 Terry Linen is easily one of reggae music's greatest talents to have emerged in the new millennium. Blessed with a brilliantly distinctive voice, this diminutive singer has cemented a place in the hearts of reggae lovers worldwide with his hit songs, with their haunting melodies and wonderful songwriting. Born Kiplin Simpson, Linen grew up in the district of Red Bank, where he attended the Red Bank Primary and Red Bank High schools. Being the first child for his mother, his grandparents raised...

Terry Linen is easily one of reggae music's greatest talents to have emerged in the new millennium. Blessed with a brilliantly distinctive voice, this diminutive singer has cemented a place in the hearts of reggae lovers worldwide with his hit songs, with their haunting melodies and wonderful songwriting.

Born Kiplin Simpson, Linen grew up in the district of Red Bank, where he attended the Red Bank Primary and Red Bank High schools. Being the first child for his mother, his grandparents raised him, while his mother went out to hustle to put food on the table for him and his five siblings. In his early years, Linen’s father migrated to England. Eventually, Terry moved from the quiet district of Red Bank, to the sleepy bustle of Mandeville, to live with his mother who had remarried.

After graduating from school, Linen hooked up with the legendary Black Kat sound system where he cut dubs. It was during those inspirational Black Panther days, that Linen became good friends with local artistes who were on the rise, including General Degree, Tony Rebel and Garnet Silk, who had a tremendous influence on the impressionable singer. Linen also met two of the most influential people of his career, Tyrone Taylor & Courtney Melody. Eventually, Linen's close bond with General Degree began to pay dividends, as Degree invited Linen to the studio with him on several occasions, introducing him to influential movers and shakers in the music business. In the meantime, Linen also met a wealthy local bus owner from Southfield, St. Elizabeth called 'Million' who persuaded him to join his sound of the same name, where he went on to cut the tune Sweet Cassandra on Million's own label. It was not until 1996, when he recorded Rainbow Never Touch the Ground on the Kutchie rhythm for producer/songwriter Anthony Red Roze that people began to take notice of the young singer. After moderate success with this song, Anthony Red Roze began to take on the mantle as Terry Linen's manager.

With Red Roze managing Terry Linen, Linen began to put out numerous reggae gems such as the ultra-popular Couldn't Be the Girl for Me and Jah Jah You Save Me. In 1999, he recorded his monster hit, a cover of Whitney Houston's Your Love Is My Love. On this project, Linen received assistance from the musicians Sly Dunbar, Robbie Shakespeare, Gitsy, Jazzwad and Dean Fraser. Your Love Is My Love hit the top of the reggae charts in Miami, and in New York for 12 straight weeks. The song also hit reggae charts in the Caribbean.

With all that chart success, Terry Linen had still not become a household name. "The problem is", said Linen, "is that I did not get the proper promotion, even with my hit songs, there was no video done, people did not know me because is not everyone attends stage shows, even though people loved the songs." Later on, on his musical journey, Terry did a collaboration with the German star Gentleman on the single Jah Jah Never Fail, which appeared on Gentleman's 1999 album, Trodding On. Linen then recorded another popular single with Capleton entitled, Love is Coming at You. More and more, Linen would be heard on the radio in Jamaica.

In 2001, Linen’s first full album, self-titled Terry Linen, distributed by VP Records, received rave reviews from music critics and fans. On the strength of this album, Linen toured North America and Japan. He performed on many major stage shows such as True Juice Rebel Salute, Western Consciousness, Stars in Action and the Love Symbol Show. He distinguished himself at the True Juice Rebel Salute show in 2001 earning two encores, with the songs such as Call On A Friend and the perennial crowd favorite, Couldn't Be The Girl For Me. Terry continued to work hard, and in the year 2004, he scored again with his song Counting Hours, which was produced by Beres Hammond's on his Harmony House Records label. This song has been featured on many reggae compilation albums worldwide.

Terry Linen continued working hard, residing in Junction, St. Elizabeth and his beloved Mandeville, in the parish Manchester, Jamaica. Signed to Uplifting Music International in the latter part of 2007, Terry Linen witnessed the rising of his stocks. His new single Mood For Love, was number one on the Richie B Reggae chart for three weeks, and is still getting heavy rotation on FM radio in Jamaica. Internationally, the song No Time To Linger on the Joe Fraser label was number one for three weeks on the South Florida Reggae charts, and also number one on the New York Reggae charts. His new hit single A Better Man, is also the name of his upcoming album. A Better Man is getting heavy rotation all over, and is climbing the Richie B charts. Indeed, Terry Linen has become "a better man", and he continues to grow musically and please his fans. "I can see where my career is moving forward once again, and connecting the right way. I feel like my career is rejuvenated," he said. People, who have been to Jamaica, know first hand how Terry Linen is dominating the airwaves more and more. Destiny is now smiling on the artist Terry Linen, as his songs are loved and embraced by his people in Jamaica, and more and more, the people of the world. 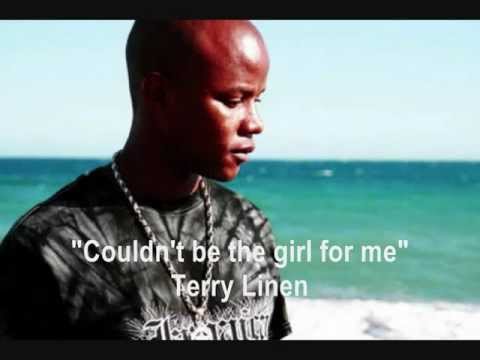 Couldn't Be The Girl For Me