Terminal Cheesecake formed in North and East London in 1988 and was put together by Gary (Jah Geezer) Boniface (formerly of The Purple Things and The Vibes). The band was formed along with Russell Smith, Mick Parkin and John Jobbagy (drummer from the Vibes and Purple Things and leaving the band in late 1989) were the first band signed to the then fledgling Wiiija Records (which later went on to spawn Cornershop, Silverfish, Bis and many more listener-friendly indie-stalwarts). The first Cheese...

Terminal Cheesecake formed in North and East London in 1988 and was put together by Gary (Jah Geezer) Boniface (formerly of The Purple Things and The Vibes). The band was formed along with Russell Smith, Mick Parkin and John Jobbagy (drummer from the Vibes and Purple Things and leaving the band in late 1989) were the first band signed to the then fledgling Wiiija Records (which later went on to spawn Cornershop, Silverfish, Bis and many more listener-friendly indie-stalwarts).

The first Cheesecake and the first Wiiija release was the 12" vinyl EP 'Bladdersack'. On this totally uncompromising debut release, the title track starts with a heavy hip-hop beat which is rapidly obliterated by a wall of fuzz-tone, sheets of painful feedback and, in there somewhere, a wailing human voice processed almost to the point of being unrecognisable. This is not pop. Are we having fun yet?

The first album 'Johnny Townmouse' which followed on from Bladdersack was indeed a psychedelic bad-acid trip, slab-of-noise version of Beatrix Potter's nursery story. The band were an impure mash of all things that had gone before, pushed to the extreme. The 'Cake's fierce, simple grooves of noise somehow gained some mainstream BBC Radio 1 airplay - much to the bemusement of the DJ's.

In those early days it was the norm to see Cheesecake as main support or to bands such as White Zombie, Prong etc whilst also headlining around London and beyond with bands such as Silverfish, Godflesh, God and Gallon Drunk (with whom Gary often deputised with as Maracas player) and even Radiohead (whatever happened to them?) in support. Due to the demand of the first album, a second, 'V.C.L' was rushed through. This featured another childhood classic; a rendition of the traditional 'Lord Of The Dance' (again performed as a fried-nightmare). The album's title track 'Valium Chicken Leg' is a re-purposed cover version of Pink Floyd's 'Careful With That Axe, Eugene'. Blimey guvnor, to say the least!

After a bit of time spent in the wilderness and embedded firmly in the then scene's mind, the band had a shift in personnel, losing original rhythm section players and drafting in Joe Whitney (later to emerge in The Earls Of Suave, The Tropics of Cancer and Minxus among others) and Gordon J Watson (who had played occasionally with the band up to this point anyway) as Drummer and Bass player respectively. After being signed-up to Kevin Martin's (GOD/Ice/Techno Animal/The Bug/KMart/etc, etc) Pathological label, the band recorded the 1990 classic 'Angels In Pigtails' with AR Kane main man Rudy sharing production duties with the band, which was a slight musical departure. Featuring more worldly instruments and other-worldly sounds and samples, it showed a greater depth than the fucked-up all out assault of the first two albums and introduced such delights as Funkadelic beats sampled with a chorus of hand drills playing over the top and psychedelic vocal samples dropped into the mix. There was also a great line in Stravinsky samples and what sounded like the band out fox-hunting along with more dub influenced numbers such as Stinky Beads ('they go in yellow and they come out brown'..), which also showcased Russell's incredible and highly skilled Syd Barrett-influenced guitar sound. The album also had a great full-on version of The Residents 'Hello Skinny' along with the three part 'Track 9', a re-sampled version of part of Vivaldi's Four Seasons devoted to that most annoying of the fiddle, Nigel Kennedy!

After this, the band spent some time in Europe, though started suffering major problems with personnel, Russ departed (after appearing on the flipside to MARRS' Pump Up The Volume and later re-appeared in Skullflower) along with Joe Whitney and several part-timers, and some who shall remain anon came and went. After more changes within the band, Gordon switching to guitar, the erstwhile Fez being drafted in on bass and the solid Paul Morris adding the beats, the band were then back in 1991 with the heavy-heavy sound of 'Pearlesque Kings Of The Jewmost'. This album finally saw the band letting out all of their dub tendencies and tracks like 'Coils' and 'Drug' were pinned down by solid dub B-lines and grooves whilst the sample mayhem continued with tracks such 'Neu Seeland', a fine re-working of the Krautrock number (Neu! Seeland / New Zealand - geddit???!!!??), which saw Gordon's passion for late night talk-radio phone-in casualties being sampled and dispatched to vinyl for evermore. The album also saw a more rocked-out side to the band as well, with tracks like 'Obscured' (another Pink Floyd cover - being a combination of two tracks from Obscured by Clouds) showing that Gordon (as Russ before him) certainly didn't fuck around when it came to playing the six-string. This album was put out on the reputedly dark surrounds of World Serpent (more known for it's EBM tendencies, Current 93, Sol Invictus, Nurse With Wound, etc than psychedelic drugged-out cockney dub fans) and this to this day is quite a rare find. Get the CD - it has an extra track. Paul soon departed to follow an offer of a one man band job and the band felt uncomfortable alongside some of the label's more suspect artists, so departed.

Time passed dot dot dot and after a chance meeting with the young Simon Doling who had previously been employed in the west of London with (similar yet poppier and thus not that similar at all) World Domination Enterprises as drummer who had folded a year or so previously and was wasting away as promoter of North London dive, The Bull and Gate in Kentish Town. The band was on the go again, this time, after spending time in Camden Town's 'Camden Lock Studios' with the one-man mountain Jono behind the desk again, the band went about recording and mixing many tracks in sessions which then went onto become the mini album 'Gateau D'Espace', the full length album 'King Of All Spaceheads' and the single 'Oily Hotknife'. These were put out between 1993 and 1994 on the Jackass label which although was another label unable to support the band with any budgets, helped the band have a brief press flurry, including independent chart positionings, single of the week's in Melody Maker etc. and full-page live reviews proclaiming the band to be 'The Armageddon that Ministry promised, but failed to deliver, waiting on your doorstep'. The album saw the band go on an all-out dub, hip-hop and beats assault. Including the blatant tracks such as 'Oily Bud' and 'In The St John's Ambulance Tent Glastonbury '89' firmly defining the band's intents and past times! No sound was left untouched, with African drums, Tibetan gongs and Mexican brass finding it's way in. Classics such as Floyd, Hendrix and Davey Allen were also sampled up and spat-out. At this point, the band, although enjoying a good patch of activity with some highly anticipated live shows (which saw them adding Didgeridoo provided by none other than Chigwell's Boris Botulism and guest M.C in the shape of Brentwood's M.C Freaky - this being 1993 and a heavily noise based, psyche outfit, along with the usual mind bending films and slides provided by East Ham's finest, Tog and Swami) felt that everything that needed to be said by a band of this type had been said. They all then went their separate ways to pursue other musical challenges.

Gary and Gordon soon resurfaced in the dub reggae outfit Bud Alzir (spell it backwards...) which won great support from those into that ilk and others, Fez was seen running puppet shows to visiting children opposite Tog's record stall in Spitalfields Market and Simon joined the U.K hip-hop fraternity as a sound engineer and was off to Germany to ride that wave while it lasted.

Simon and Gordon teamed up again in 2004 to accompany Damo Suzuki of Can as part of his network of backing musicians, whilst Gary continues writing and producing. Fez has not retired from playing (with himself) and one of his tracks will be on the album "Digital Oscillating Noise Unit Tremelo" out in 2007. Russell Smith is BACK IN DA GAME! Simon has continued working in music in many guises, manager, producer, sound engineer etc. Gordon is also playing as part of the Horseloaf collective, as J>A>W> (wall-of-soundscapes), Føl (psyche folk), Ouisa (computer-based) and Ebowla (Ebow-only dronefest) along with ex-God bassist Gary Jeff and the multi-talented Karl Asa.

There's Cheesecake material sitting gathering dust in the vaults (the Wiiija stuff was only ever released on vinyl!) and Messrs Boniface and Smith will hopefully put some of that to use as well as airing any of their new recordings and new projects in the future... Read more on Last.fm. User-contributed text is available under the Creative Commons By-SA License; additional terms may apply. 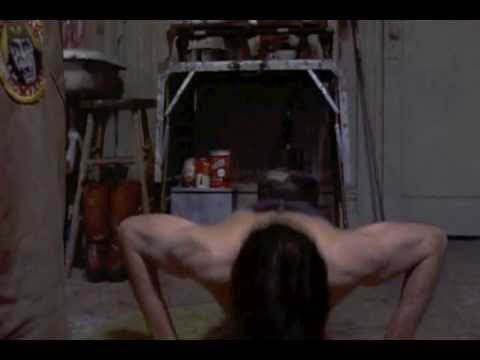 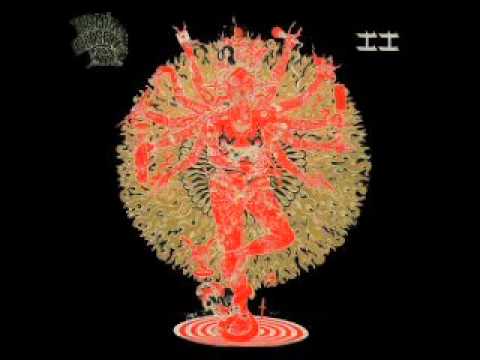 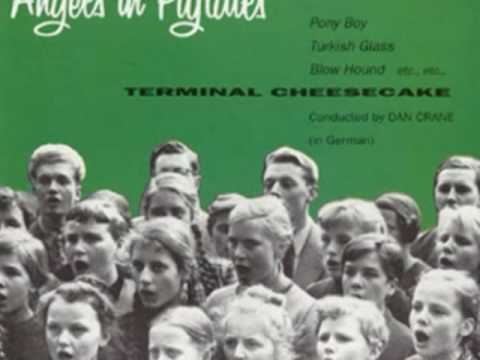 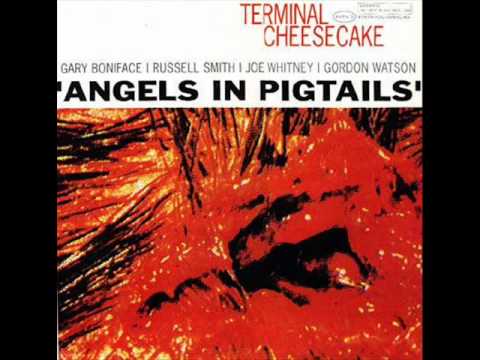