There are 10 known artists with the name Tempest: 1) Tempest is a Canadian black metal/crust band from Vancouver, who formed during the fall of 2007. 2) a Celtic folk-rock group based in California; 3) a Finnish demoscener named Janne Suni who was plagiarized by Timbaland; 4) an unsigned German Death/Thrash Metal Band from Nuremburg; 5) an electronic project of Elijah Colburn, an unsigned artist from Greer, SC. 6) a rapper from Bronx, New York City 7) a British progressive rock band active...

There are 10 known artists with the name Tempest:

1) Tempest is a Canadian black metal/crust band from Vancouver, who formed during the fall of 2007.
2) a Celtic folk-rock group based in California;
3) a Finnish demoscener named Janne Suni who was plagiarized by Timbaland;
4) an unsigned German Death/Thrash Metal Band from Nuremburg;
5) an electronic project of Elijah Colburn, an unsigned artist from Greer, SC.
6) a rapper from Bronx, New York City
7) a British progressive rock band active between 1972 and 1974, founded by ex-Colosseum rhythm section John Hiseman and Mark Clarke.They released two albums.
8) The Original Tempest (http://thetempests.com) from 1962 out of Tampa Bay Florida
Eclectic Rock. Their 45 debut was in 1966 - I want you only and I want you to know

Other bands have used the name in the past, including:
9) a Christian glam metal band;
10) a New Zealand rock/metal band.

1) Tempest Canadian Hardcore punk band formed in Vancouver during the fall of 2007. They began playing shows locally and within the northwest the following spring. Tempest is for better or worse extremely loud and abusive live. The band has evolved over time incorporating more varying influences but the goal of the bands remains the same, to create loud, abrasive, yet melodic and passionate music.

2) Tempest is a mutinational group based in Northern California playing Celtic flavored rock with other world influences.

They were formed by mandolinist/vocalist Lief Sorbye. They have had many lineup changes over the years but the current lineup consists of Lief Sorbye of Oslo, Norway (double necked mandolin, mandola, vocals), Michael Mullen from Fresno, California (fiddle), Damien Gonzalez from Hollywood, California (bass), James Crocker from Dartmoor, England (guitar), and Adolfo
from Havana, Cuba (drums). They regularly perform at Scottish festivals around the country and are regulars at the Philadelphia Folk Festival.

3) Tempest is a Finnish demoscener. His real name is Janne Suni. In 2007
the Finnish Broadcasting Company reported that the American hip hop producer and rapper Timbaland had plagiarized Tempest's song "Acidjazzed Evening" for Nelly Furtado's song "Do It" without giving credit to the original composer. It is claimed that
Timbaland has extensively sampled the Norwegian Glenn Rune Gallefoss' C64 cover of the song which was made with permission from Tempest.

4) Tempest is a German unsigned Death/Thrash Metal Band from Nuremburg. They were founded in the year 2005 under the Name "Anustot" with their original Drummer Simon Erlbeck, Guitarplayer Alexander Jonescu and Bassplayer and Singer Sebastian Fischer. They started covering Rock and Metalsongs from the late 70's to late 80's and found out soon that they cannot go on like that. In the year 2007 they met their new drummer drunk at a local Rockfestival and decided to kick out the old one because he severely sucked in comparison to the new one. From that one day on, in summer 2007, they started to do own songs, written by Alexander Jonescu and Sebastian Fischer, who also writes the lyrics. Their style could be described als oldschool Death Metal with Thrash influences and harsh lyrics

5) TEMPEST is an ambient electronic project by Elijah Colburn currently based out of Greer, SC. His first album under the moniker was released in Jan. of '10, entitled ECHELON. Other projects of Elijah Colburn include the rap group Kill Bitches Get Money.

6) Dat Nikka Tempest (Tempest for short) is a hip-hop artist from the Bronx, New York City, New York. The definition of the word Tempest reads “a violent commotion, disturbance, or tumult.” No other name could describe the uproarious style of Norwood, Bronx native Steven Perez, known to his fans as Tempest. The Puerto Rican prodigy, known for his ferocious braggadocio which hits the listener’s ear like galeforce winds, has been a tumultuous presence in the rap game since honing his craft in High School.

7) Tempest was a Christian glam metal band during the early 1990s.

8) Tempest is the original rock band out of Tampa Bay Florida http:// thetempests.com
Formed in 1962, also known as Tempests, the original band members were Charlie Bailey, Bill Hickman, Bobby Allen, Doug Palmer and Tommy Angarano. Bobby was replaced by Brad Meyers. Bill and Doug were replaced by Buddy Peterson and Mike Hammer. Charlie left and Roy Delise was brought in on keys. They have been performing for years and now have a new lineup consisting of original member Tommy Angarano on guitar, synth and lead vocals, Darren Shaw on drums and lead vocals and Chris Winter on bass, foot keys and vocals.

Original members included Paul Williams (from John Mayall's Bluesbreakers) singing and Allan Holdsworth on guitar, plus fellow Colosseum alum Mark Clarke on bass. This lineup recorded a self-titled
LP in 1972. For the second album in 1974, Holdsworth and Williams were replaced by Ollie Halsall. Shortly thereafter the band split up, with Hiseman next forming Colosseum II.

10) Tempest was a new zealand rock/metal band from the early/mid 90's, they are now called 7tongues due to copyright issues with their name.
Read more on Last.fm. User-contributed text is available under the Creative Commons By-SA License; additional terms may apply. 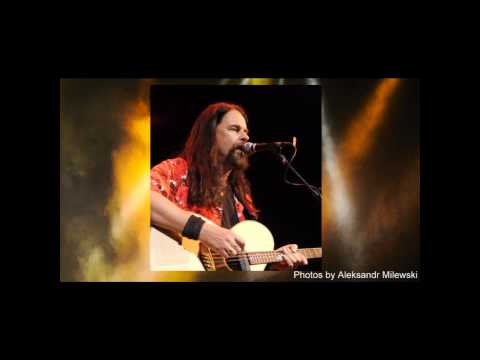 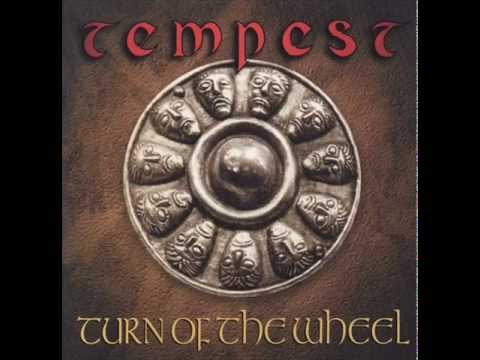 For Three Of Us