Riley began his producing and recording career at age of 12 in the 1980s. His first group was called Kids At Work, which included future Guy member Timmy Gatling. The group were signed to CBS Records and released their self -titled album which included the single "Singin' Hey Yeah". At the age of 15, he produced his first hit record "The Show/La Di Da Di" for rappers Doug E. Fresh and The Get Fresh Crew who included: DJs Barry B., Chill Will and MC Ricky D AKA Slick Rick and the underground cla...

Riley began his producing and recording career at age of 12 in the 1980s. His first group was called Kids At Work, which included future Guy member Timmy Gatling. The group were signed to CBS Records and released their self -titled album which included the single "Singin' Hey Yeah".

At the age of 15, he produced his first hit record "The Show/La Di Da Di" for rappers Doug E. Fresh and The Get Fresh Crew who included: DJs Barry B., Chill Will and MC Ricky D AKA Slick Rick and the underground classic hit for Classical II "Raps New Generation". His composition of one-hit wonder Johnny Kemp's "Just Got Paid" became a very popular track reaching #1 on the Billboard R&B charts in the spring of 1988. He was also known of producing hits for Keith Sweat on his debut album, Make It Last Forever, released in November 1987, which produced number one hits such as "I Want Her" and "Something Just Ain't Right". He also produced tracks for hip hop artists such as Kool Moe Dee and Heavy D & the Boyz on their debut album, Livin' Large (1987) on Uptown/MCA Records.

In the summer of 1988 Bobby Brown released his smash hit album Don't Be Cruel which included the hit single "Don't Be Cruel", "Every Little Step" and Riley's first major mainstream hit produced song "My Prerogative" along with writing skills of Guy's Aaron Hall.

Riley got the idea of forming his own group after it was suggested to him that a younger singer named Aaron Hall was looking to join a group. After meeting at a New York mall, Riley and Hall became friends and formed what would be Guy in 1987. Complete with a third member - Timmy Gatling - they recorded and finished their self-titled debut in the summer 1988, which by the time of Gatling's exit and Hall's younger brother Damian's entry. The album sold over 3 million copies with hits like "Groove Me", "Teddy's Jam", "Piece of My Love", "I Like" and "Spend the Night". The album had established the group as a unique R&B musical force through out the end of the 1980s into the 1990s.

In between albums, Guy appeared on the 1989 Spike Lee film Do The Right Thing soundtrack, their song "My Fantasy", was also released as a single. The film title song was originally performed by rapper / producer Redhead Kingpin, which Riley produced called "Do The Right Thing". However, Spike Lee went along with Public Enemy "Fight The Power" as it matched the mood of the film. Never the less both songs went on to be smashes in summer of '89.

He turned Heavy D & the Boyz into a hip hop powerhouse in 1989 on their sophomore effort Big Tyme, by producing their hit song "We Got Our Thang". The album also featured "Somebody For Me", which also featured notable New jack Swing artist Al B. Sure.

Guy contributed a song to the soundtrack of Mario Van Peebles 1991 directoral debut film New Jack City, which stared Wesley Snipes, Ice-T and Chris Rock. Guy also appeared in the film as the New Year's Eve Band. Guy also contributed to the 1992 film FernGully: The Last Rainforest soundtrack, with the song "Land Of A Thousand Dances"

Before the band Guy split up, Riley moved his music operations to Virginia Beach, where he set up his Future Recording Studio.

Michael Jackson, who would have Riley produce his records following the release of his 1991 album, Dangerous. Riley produced the Jackson songs, "Remember the Time", "Jam" which featured Heavy D, "She Drives Me Wild", "In the Closet", and the title song "Dangerous".

Riley also went on to contribute to the Juice soundtrack which starred rapper Tupac Shakur aka 2Pac. Riley's song "Is It Good To You" perfomed with long time collaborator Tammy Lucas was a smash hit. His fellow ex-Guy bandmate Aaron Hall was also on the soundtrack his song "Don't Be Afraid" was the big hit on the movie soundtrack.

Even throughout his reign as producer, Riley found time to form another band Blackstreet in 1992. The first song that Blackstreet released was "Baby Be Mine" which was off the "CB4" soundtrack which stared Chris Rock. In 1994 Blackstreet released their debut self-titled platinum selling album which featured the hits "Booti Call" and "Before I Let Go". The follow-up album took the group to national prominence with the release of their sophomore effort, Another Level, in 1996, which sold 4x platinum, it featured their biggest-selling hit to date, "No Diggity".

In 2005, he had disbanded and reformed Blackstreet. Riley also worked on an album with Outsiderz 4 Life [1], producing Wil' Out and others.

Riley will be working with Australian singer Kylie Minogue for her comeback album.

Riley is also credited for discovering The Neptunes (Pharrell Williams and Chad Hugo) and Rodney Jerkins. 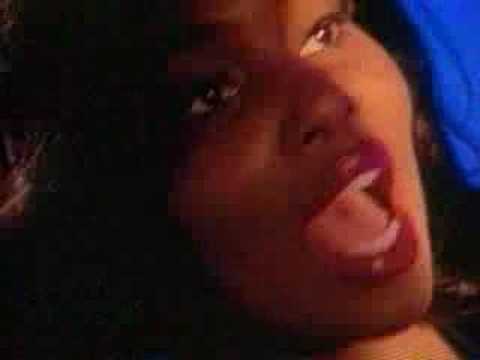 Is It Good To You