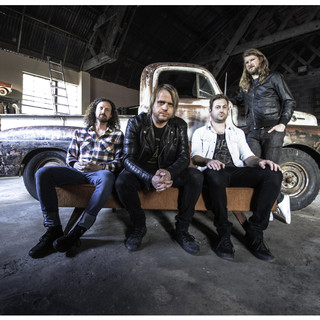 Taxi Violence was born in Cape Town in the spring of 2004 when best friends Rian Zietsman, Loedi van Renen and Louis Nel approached George van der Spuy with an invitation to a jam session. Rian, Loedi and Louis had played in a band called 508 in high school, while George was the drummer for their rival band, Drain (there was a famous spitting incident to which both parties claim innocence). After finishing school, both bands ceased to exist and the members went their separate ways, but staying i...

Taxi Violence was born in Cape Town in the spring of 2004 when best friends Rian Zietsman, Loedi van Renen and Louis Nel approached George van der Spuy with an invitation to a jam session. Rian, Loedi and Louis had played in a band called 508 in high school, while George was the drummer for their rival band, Drain (there was a famous spitting incident to which both parties claim innocence). After finishing school, both bands ceased to exist and the members went their separate ways, but staying involved in creating music. In 2003, George and Rian played in the band, Multistate, in which George had thrown away his drum sticks and focused on vocal duties, but this was short-lived. A period started in which Rian, Loedi and Louis had conversations about creating music together again. They wanted a new project. One with substance and something that stood out above the rest of what South Africa had to offer its Rock and Roll lovers. They had a clear mission, a boiling passion and needed to find a front-man who would share this with them. George came highly recommended by Rian, and so the first get-together came to fruition… at a military base.

“When I heard Queens of the Stone Age for the first time, I knew that I wanted to play in a band again” - Rian Zietsman

Taxi Violence spent the rest of 2004 perfecting a set to unleash upon a virgin Cape Town audience. After the first show (March 2005) at a packed Mercury, the band and its newborn fans could sense that this was going to be a powerful force to reckon with. Taxi Violence then entered the nationwide RBF Studios Emerging Sounds Competition, working its way through every Western Cape qualifying round until reaching the national final at Caesar’s Palace in Johannesburg. The band won first prize (a record deal with a major label), but after weeks of negotiations, Taxi Violence decided to turn down the record deal and hand over the winners’ title to the second-placed band.

“We couldn’t meet the demands of the record label and they couldn’t meet ours. We wanted to retain our artistic freedom and integrity” - George van der Spuy

The rest of 2005 saw Taxi Violence releasing a self-titled and self-produced 3-track EP, as well as two music videos. The first video (Rock Out) was made with a miniscule budget of R400, yet it grew in popularity until it reached a point where Taxi Violence was the band on everyone’s lips. This could have contributed to Look and Listen, a national music retail chain, requesting Taxi Violence to stock the EP. It sold out in two months. The second video (Nothing Left to Lose) received a nomination at the MK Music Video Awards.

Taxi Violence entered the studio in May 2006 to record their debut album, Untie Yourself… again, self-produced. The album was released in November 2006 after successfully performing at their first Oppikoppi Festival. The single, Untie Yourself, was made available on 24.com and still holds the record for most downloaded track in one week.

In 2007 the Taxi Violence popularity snowball increased in speed. The band regularly performed all over South Africa and made appearances at large festivals. These included Splashy Fen, Rocking the Daisies, and My Coke Fest where Taxi Violence shared the stage with 3 Doors Down, Hoobastank, Staind and Evanescence. The single, Untie Yourself, also reached number 4 on 5FM’s Top 40 after spending about 6 weeks in this chart. To date, the single is still on high rotation on 5FM.

At the beginning of 2008, Taxi Violence had to overcome a very difficult period. The band had to bid farewell to their charismatic bass player and a life-long friend, Loedi, who decided to call it a day and relocate to Johannesburg. After playing his last show, a very emotionally soaked ripper at the Klein Karoo Nasionale Kunstefees in Oudtshoorn, Taxi Violence began auditioning for a new bass player. Jason Ling stepped into the rehearsal room, started jamming with the band and it felt right. Jason was already a well established musician in the scene, having played in bands like The Roswell Kings and Zenith, but after deciding to call it quits, he was stuck with having to experience rock shows from the crowd’s perspective.

“Taxi actually got me off the couch. When I saw them for the first time I thought, this is the band I want to play for” – Jason Ling

With a new bass player that fit the band like a glove, Taxi Violence spent the rest of 2008 exploring a new direction in sound. This included perfecting a highly regarded and entertaining acoustic set. Again, Taxi Violence had a surprise in store for fans when unleashing this version of their music onto a jam-packed Green Dolphin for Levi’s Vintage Sundays. After two encores and a standing ovation, the band experienced that same feeling they had after their very first show. A feeling of excitement and renewed energy. Receiving a nomination at the South African Music Awards (SAMA) for Best Rock Album was another highlight in 2008, as well as being part of a reality show called Telkom Do Band Up.

A year after saying goodbye to Loedi, Taxi Violence had yet another difficult hurdle to overcome. They could not, after planning and strategising for the future, see their management team play the part that the band desperately needed them to play. This resulted in another difficult and emotional farewell, but the band looked ahead and instead of letting their emotions get the better of them, they used it as inspiration for their highly anticipated second album. The Turn was recorded in Cape Town at George’s studio, Kill City Blues, in March 2009 and released that August. After a successful album launch tour across South Africa, Taxi Violence headed to Germany and Holland to test its brand of rock and roll in Europe. The results were so great that Fritz Radio (Berlin) playlisted 4 of the bands’ tracks. A follow-up tour is definitely on the cards.

With more successful tours and headlining performances at Up The Creek, Pro X Games, Ramfest, Oppikoppi and Nokia Rock Summer Tour, as well as another nomination at the MK Music Video Awards, 2009 served as a turn-around year for Taxi Violence. A year of new beginnings.

The good fortune spilled over into 2010 when Jimi's Revenge was chosen to be the theme song for popular reality TV series, MAN, on SABC. Taxi Violence also enjoyed being part of the FIFA World Cup festivities by being one of the acts chosen to entertain at fan parks all over the country. 2010 was a year of many highlights for the band. June saw them opening for highly successful Australian band, Powderfinger, and Taxi supported the very popular Billy Talent in August.

Taxi Violence is currently putting the final touches on the third full-length release which will be a complete different offering. The band will be releasing their first acoustic / unplugged album by April 2011. Moving away from their self-producing trend, Taxi decided to work with producer Brendyn "Rusti" Rossouw. Rusti has gained his valuable experience in one of the most sought-after studios in Nashville, Tennessee. A studio which has seen the likes of Dolly Parton and Willie Nelson. 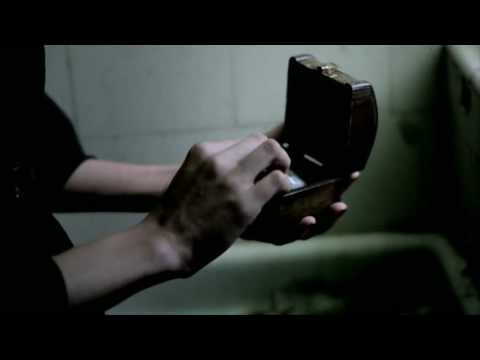