There are at least two artists that use the name Tall Paul. Taul Paul is an Anishinaabe rapper and emcee based in Minneapolis, Minnesota. He is a prolific producer and known in the underground and Indigenous circuits. He is also one half of the Indigenous hip-hop duo Point of Contact. To date, Tall Paul has released two solo projects for free digital download. Ahead of the Game, a weekly series in which he released a song every day the Minnesota Vikings played (during the 2012 NFL football sea...

There are at least two artists that use the name Tall Paul.

Taul Paul is an Anishinaabe rapper and emcee based in Minneapolis, Minnesota. He is a prolific producer and known in the underground and Indigenous circuits. He is also one half of the Indigenous hip-hop duo Point of Contact.

To date, Tall Paul has released two solo projects for free digital download. Ahead of the Game, a weekly series in which he released a song every day the Minnesota Vikings played (during the 2012 NFL football season), and the Birthday Present EP, released on his birthday of this year, 4/21/13. Both projects can be found at tallpaul612.bandcamp.com, as well as soundcloud.com/tallpaul612

Taul Paul began his DJ'ing career in 1987 at the tender age of 16, playing for office parties at his dads nightclub Turnmills. At the same time Paul started to run his own pirate radio station called Touchdown FM and had already managed to blag a spot on the capital's legendary pirate Sunrise FM. Paul also used his persuasive powers to get a one hour slot at Turnmills' Saturday all-nighter Trade and in 1990 his obvious talent gained him his first residency, and as gay clubs have always been at the forefront of innovation in dance music, Paul quickly became recognised for playing what one might alternatively call hard-edged-house anthems. Not long after his residency at Trade, Paul was offered a residency at the Zap Club in Brighton and there met up with Shelley Boswell, which lead to regular slots at the Gardening Clubs Club For Life.In 1992 Paul put out his first vinyl offering - the white label 'Love Rush', a Trade anthem. He then hooked up with Hooj Choons' Red Jerry who with reference to his 6'6" frame christened him with the title "Tall Paul and came up with the dance classic "Rock Da House," (later to be re-released in 1997 on VC Recordings, reaching No. 11 in the national charts.) This dance classic is set for 2006 remix release later this year. Paul then went on to produce numerous top 40 hits including the club anthems Escrima "Deeper" and "Train of Thought", and his highest entry to date, Camisra "Let Me Show You", entered new at No. 5.All this lead to a series of remix projects for artists such as New Order, Stone Roses, Erasure, Human League, Marc Almond, Wild Child, Hyperlogic, Cappella, Duran Duran, Nalin & Kane, Blondie, Bizarre Inc, Dina Carroll... the list goes on. Pauls production talents are recognised in the DJ Magazine Top Producers Poll, where Paul features year after year.Paul has continued his own production success with tracks Common Ground, Be There, Freebase Precious Heart and Everbodys A Rockstar, both of which feature on Pauls debut artist album Back & Forth released back in November 2001 and which continues to confirm his reputation as being one of the key players in the UK dance scene. Paul has also featured on a number of compilations including Virgins "The Gallery Modern Masters", Club Nation 1998" and "Cream Anthems", and Fantazia's "House Collection". In 1999 Paul signed an album deal with the Ministry of Sound, with successful mixed compilations including "Dance Nation 6", "The Ibiza Annual 2", Millennium Annual, Dance Nation 7 , Headliners, The Annual and The Clubbers Guide to 2001 & 2003 being released. In the U.S. the very popular mixed live series. More recently Gallery live sessions, Globetrotting Peru and live in Bulgaria, have increased Pauls popularity around the Globe.Paul won the much coveted Muzik DJ of the year in 1998 and consistently appears in the DJ Magazine top 100 year after year since the polls beginning in 1997. His hectic US tour schedules have paid off. BPM magazine readers have Paul voted 8th in the 2006 Americas most Favourite DJ poll.Paul also continues to present his successful Thursday night radio show The Mix Down Session on London's premiere dance station Kiss FM.His popularity has seen him DJ world-wide travelling to the U.S., Canada, Japan, South America, Asia, India, Dubai, South Africa and all over Europe. Paul also continues to raise his profile in America where he tours the main cities on a regular basis. This year in particular Paul has participated in numerous tours to Asia in conjunction with the new Godskitchen residency in Shanghai, China. And recently a hugely successful tour of Australia over the Christmas festive period. Read more on Last.fm. User-contributed text is available under the Creative Commons By-SA License; additional terms may apply. 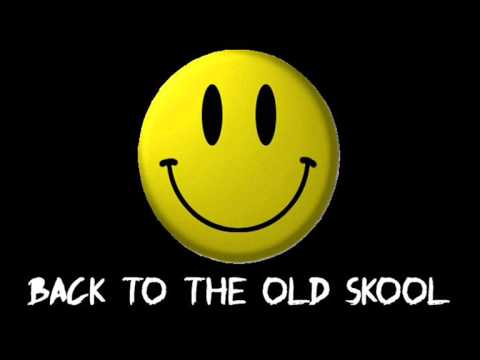