One of the most unique singers in Estonian music, whose instantly recognisable voice has brought magic to his legion of fans for the past three decades. His ability to rock with fantastic power and to evoke the most tender of emotions with his finesse is uncanny, which is no surprise looking at his long list of accomplishments. He leant his voice to some of the most groundbreaking and important rock ensembles in Estonian history, including Meie and Noor Eesti, as well as some of the best loved s...

One of the most unique singers in Estonian music, whose instantly recognisable voice has brought magic to his legion of fans for the past three decades. His ability to rock with fantastic power and to evoke the most tender of emotions with his finesse is uncanny, which is no surprise looking at his long list of accomplishments. He leant his voice to some of the most groundbreaking and important rock ensembles in Estonian history, including Meie and Noor Eesti, as well as some of the best loved songs in Estonian pop culture over the last thirty years.

Kadajas began gigging with some start-up bands as a teenager, but it was the three years (1973-75) with the groundbreaking rock band Meie (Us) that the then-20-year-old Kadajas began making his name to a nationwide audience. Alongside progressive rock giant Ruja, Meie laid much of the foundation to the rock music scene for the decade with its adventurous playing and intellectual writing.

It was in Meie where Kadajas demonstrated his unique singing ability, fitting both straight rockers like "Ainult niimoodi" (Just Like This) and delicate ballads like "Armastuslaul" (Love Song). It was exactly in Meie's nature that the latter ballad contained an experimental and impressive instrumental section in its middle. That, as well as songs like "Lahkumine" (Departure), made Meie one of the most popular bands on the circuit -- one that challenged the intelligence of its fans.

Meie did record many of its songs in 1974, but the situation of the time -- in Soviet-occupied Estonia -- did not allow for their release. It wasn't until the very end of the decade that this genre of music ever saw the light of day on vinyl, but by then Meie was long gone. Fortunately, the recordings remain of those sessions and should be released for both musical and historical reasons.

In 1976, a progressive "supergroup" was formed – Noor Eesti (Young Estonia). During the gigging days of Meie, Kadajas met and befriended the then-keyboardist and leader of the band Ruja, Rein Rannap. When Rannap left the successful Ruja out of musical disputes, the seeds of a new band was sowed. Being "sick" of guitars, Rannap put together a unique band with no guitarist, but instead, a bassoon.

The progressive rock ensemble featured Rannap on keyboards, Andres Uibo on keyboards in concerts (Uibo, today one of the world's best-known church organists, did not play on the studio tracks), Tõnu Tormis on bass (Tormis, son of world-famous composer Veljo Tormis, came from the rock band Ornament), Ivar Sipra on drums (original drummer of symphonic rock band Mess), Heitti Riismäe on bassoon, and Kadajas on vocals. Indeed a supergroup!
Though the band was known as Noor Eesti, publicly that name was not used due to the extreme censorship and oppression by Soviet occupation officials due to its nationalistic suggestion (Noor Eesti was the name of the movement of young intellectual writers in the late 1800s that worked to create an Estonian literary culture during the Tsarist days). However, the band gigged and recorded five of its tracks during its brief one-year run.

Some of the songs by Noor Eesti were indeed quite progressive and experimental, such as the complex "Sünd" (Birth) and the piano-driven "Lendav järv" (The Flying Lake) -- both progressive rock classics. "Edasijõudnud inimene" (Advanced Individual) was another classic with some fine keyboard leads and a crafty "lead" bass part by Tormis -- very much in the Chris Squire (Yes) school of bass playing. However, that song showed how the humble bassoon can play a major role in a rock song, a task done successfully by Riismäe.

However, one of the most unique things about the Noor Eesti sound was the voice of Kadajas. Refined even more since the days of Meie, Kadajas brought out the humour, power and emotion of the band's complex pieces. His voice is forever immortalised in the ballad "Ühes väikses Eesti linnas" (In a Little Town), a massive pop hit. Then song has remained in radio airplay for over 20 years and is still one of the most loved rock ballads in the country.

The difficulties of playing under a banned name placed immense pressure on the band, and soon enough they parted ways. It is a shame that this band's landmark recordings have not been released in full; only "Ühes väikses Eesti linnas" has been released recently. Noor Eesti played a major role in the "progression" of progressive rock in Estonia, and it is a shame that it remains sitting in a vault at the radio studio.

It was in 1985 when Kadajas forayed back into a rock band, this time Metallist. Metallist brought a fresh yet intellectual approach to rock in a time when the long-running progressive rock domination was starting to crumble in Estonia. There was a major age gap in the band, with the veteran Kadajas leading the then-unknown musicians to play some brilliant rock. One of the band's members is guitarist Mihkel Raud, now the leader of the ultra-popular rock group Mr. Lawrence.

Though Metallist lasted only about a year, it nevertheless recorded seven tracks. Again fate twisted Kadajas with the progressive rock giants Ruja, as its keyboardist Igor Garshnek played on the Metallist studio tracks. Metallist gigged quite successfully, and Kadajas also resurrected many of the songs from his first big band -- Meie -- to the delight of its long-time fans.

In the following years Kadajas continued to write and record solo pieces, many simply on a 12-string guitar. Just recently Kadajas recorded about a dozen of them for his latest release.

The release of the CD "Vihmade taga" (Behind the Rains) in 2001 marked a milestone in the career of Tajo Kadajas. The CD features many songs written by Kadajas, including "Kas sina hõikad? (Are You Calling?), which used the beautiful words of a poem by Viivi Luik. Many tracks on the CD could easily become radio hits in Estonia, both up-tempo songs and lovely ballads. As an extra added bonus, fans of the classic Noor Eesti ballad "Ühes väikses Eesti linnas" finally gets a copy of this song in digital format.

After more than 30 years in the business, Tajo Kadajas remains one of the most unique and intriguing singers in Estonia. His memorable voice and skilled writings make his new material as contemporary as his string of successful projects over the last three decades. 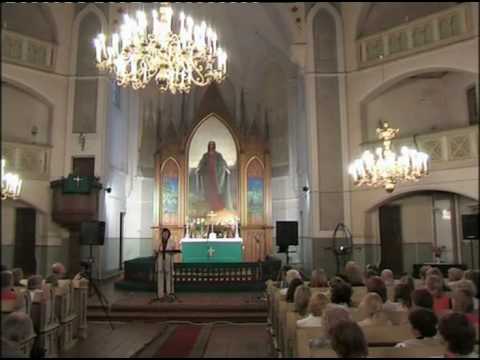