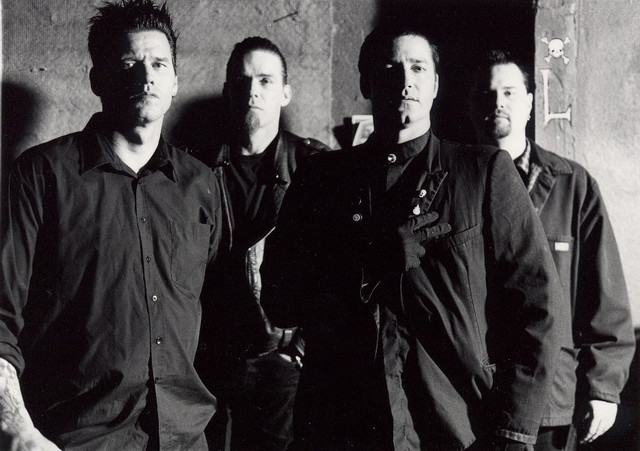 T.S.O.L. are an American punk band. T.S.O.L. is short for True Sounds of Liberty although they are rarely referred to by their full name. Although most commonly associated with the burgeoning West Coast hardcore punk movement of the late 1970s and early 1980s, T.S.O.L. have released music in the styles of both punk and hard rock. Formed in 1979 and hailing from Long Beach, California, T.S.O.L. developed from earlier bands Johnny Coathanger & the Abortions and Vicious Circle. The lineup first c...

T.S.O.L. are an American punk band. T.S.O.L. is short for True Sounds of Liberty although they are rarely referred to by their full name. Although most commonly associated with the burgeoning West Coast hardcore punk movement of the late 1970s and early 1980s, T.S.O.L. have released music in the styles of both punk and hard rock. Formed in 1979 and hailing from Long Beach, California, T.S.O.L. developed from earlier bands Johnny Coathanger & the Abortions and Vicious Circle.

After their debut EP, they released Dance With Me, their first full-length record. A departure from the entirely political nature of the previous release, Dance With Me was far darker and more macabre, featuring such themes as necrophilia, and the song "Silent Scream," which is made up entirely of horror movie clichés. Their most popular release, both then and to this day, the album earned them the title of the "West Coast Misfits" (a reference to Glenn Danzig's band the Misfits on the East Coast), and has made the band a favorite amongst horror punk fans.

They later signed to independent label Alternative Tentacles, for which they released the Weathered Statues 7" EP and the Beneath the Shadows album which featured, for the first time, keyboard player Greg Kuehn who added a new dimension to the band. Around this period their style had changed further, becoming highly experimental and varied, featuring art punk and psychedelic leanings, as well as their customary horror themes.

In 1983 amid personal turmoil, Jack Grisham and Todd Barnes left the band and were replaced by singer Joe Wood (who was Grisham's brother-in-law) and drummer Mitch Dean. This new line-up (with Joe Wood and Mitch Dean) released the album named Change Today? in 1984 on Enigma Records.

The group changed their sound entirely for their next release Revenge, adopting a punk metal sound. Their music was featured in the 1984 movie Suburbia, the 1985 version of popular horror movie Return of the Living Dead and Dangerously Close in 1986.

The band became friends with Guns N' Roses and T.S.O.L. t-shirts can be seen in the "Sweet Child o' Mine" video. They followed up with an album in a similar style, titled Hit and Run. Before it was released, original guitarist Ron Emory quit the band, leaving Mike Roche as the sole original member.

T.S.O.L. were joined briefly by guitarist Scotty Phillips, who quit before the band started recording the follow-up to Hit and Run. They eventually hired guitar player and actor Marshall Rohner. They released a blues-metal album titled Strange Love in 1990. Mike Roche quit shortly before the album release, leaving no original member in the band. A compilation album entitled Hell & Back Together: 1984-1990 was issued in 1992 with an emphasis on their metal era. Murphy Karges, later of Sugar Ray, briefly replaced Roche on bass as did Dave Mello.

Meanwhile, the original members had started playing shows featuring the band's early material under the name T.S.O.L., often playing the same cities, the same nights as the other T.S.O.L. Since Joe Wood and Mitch Dean now owned the rights to the name T.S.O.L., they threatened to sue the original members, who released a live album of their early material under the name "Grisham, Roche, Emory and Barnes" but stopped playing together soon after because of drug problems.

In 1996, most of the original members settled down and realized that they still had a passion for their music and that fans wanted them to reunite. In 1999, they fought with Wood for rights to the name and won before joining the Vans Warped Tour, playing for the first time in years under the name T.S.O.L.

Todd Barnes had died on December 6th, 1999 of a brain aneurysm at the age of 34. The remaining members recruited drummer Jay O'Brien and released the Anticop single and the Disappear and Divided We Stand albums on Nitro Records, the latter of which featured Greg Kuehn back on keyboards. The Original T.S.O.L. recorded two more full length albums. In September of 2007, Cider City Records released the posthumous live album Live From Long Beach, recorded in November 2006 on the weekend of the band's two "farewell" performances.

Their departure was short-lived, however, with a couple of local shows in late 2007. They also headlined the "F**k the Whales, Save a Chckn" benefit in February of 2008, held to help with cancer treatment bills for guitarist Craig "Chckn" Jewett of D.I.

They are an independent band under the Nitro Records banner, which was started by the Offspring vocalist Dexter Holland, for whom T.S.O.L. is cited as an influence.

In December 2008, the band, in cooperation with Hurley, entered the studio to record Life, Liberty & the Pursuit of Free Downloads which was, as the title suggests, made available as a free download through Hurley's website on January 8, 2009.

The late eighties T.S.O.L. version apparently are popular enough to invite bookings in Brazil & Argentina, where the Grisham led band hold no legal rights to prevent Wood from gigging as T.S.O.L. Since 1996, Wood has been joined by guitarists including Mike Martt and Drac Conley, drummers Steve "Sully" O’Sullivan and Mitch Dean and bassist Dave Mello, who joined the band near the end of its Enigma years run. Additionally, Wood has pursued musical work in Joe Wood and the Lonely Ones & Cisco Poison. 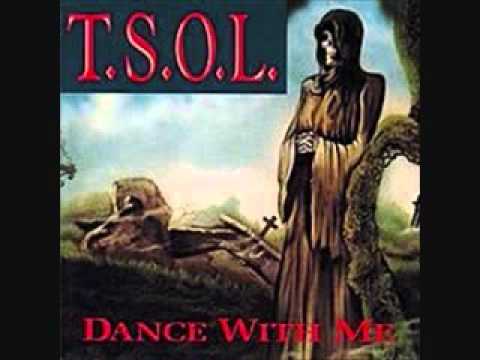 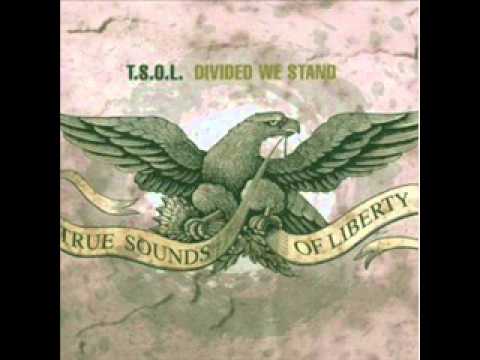 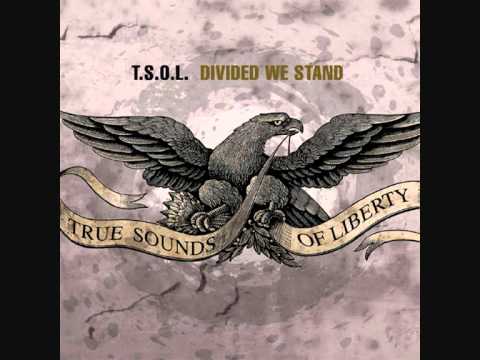 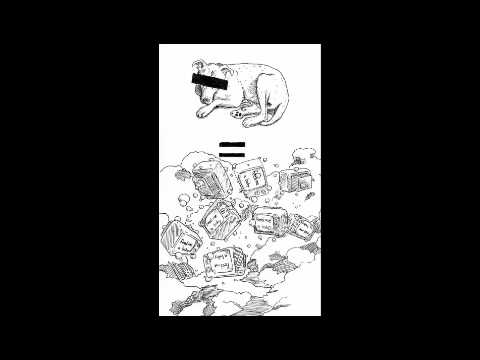 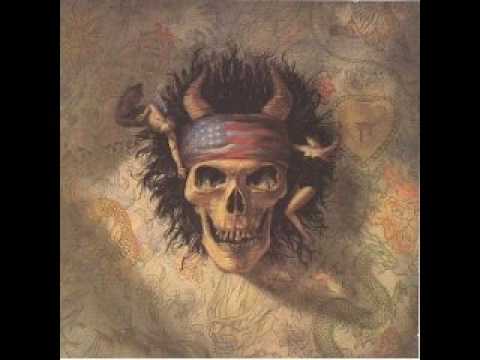 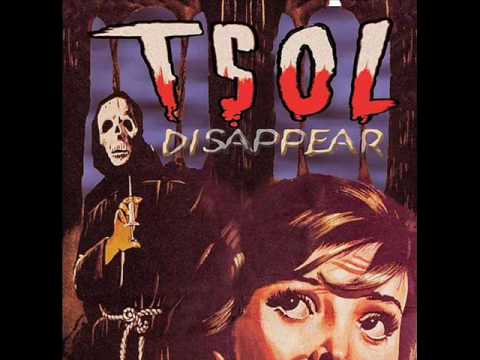 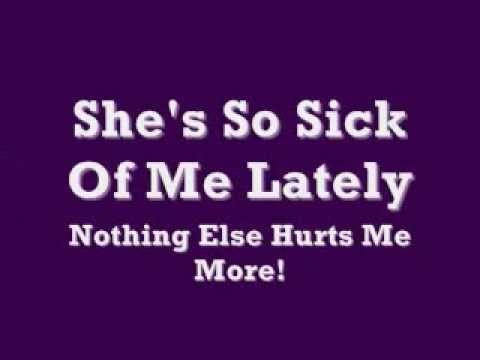 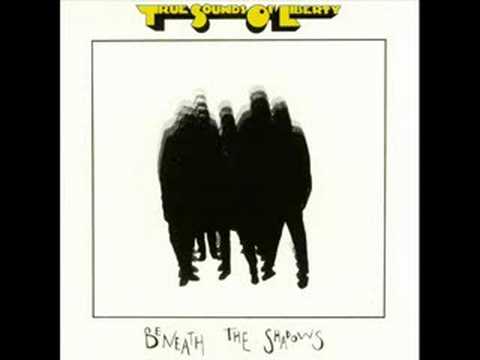 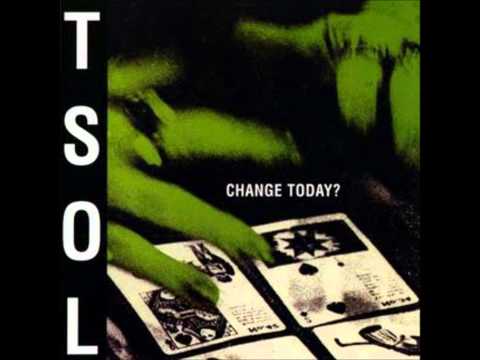 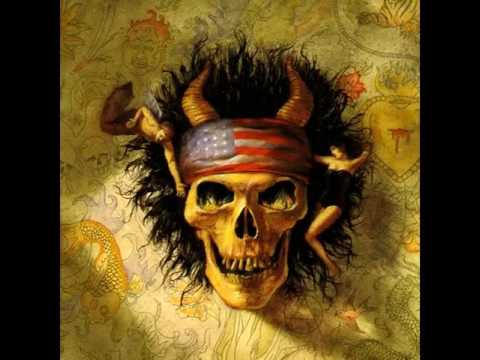 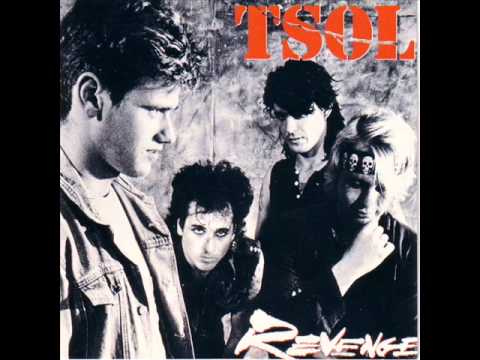 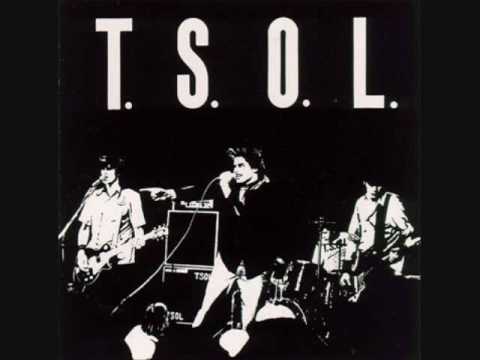 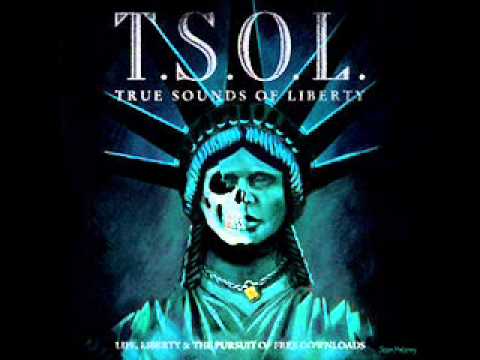 Come Into My Nightmare 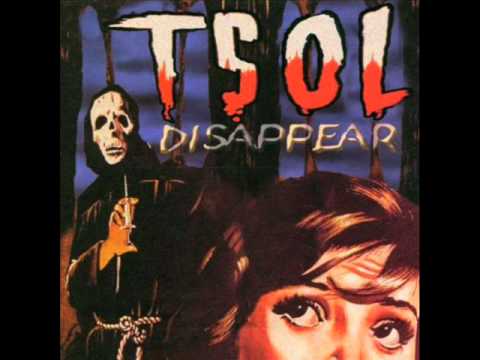 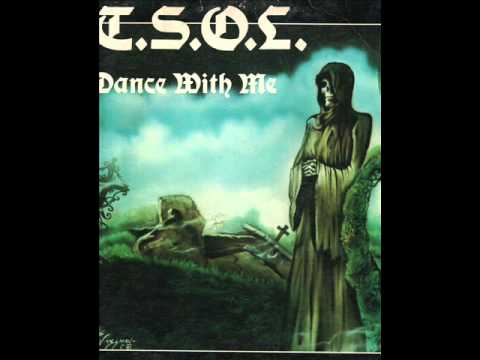 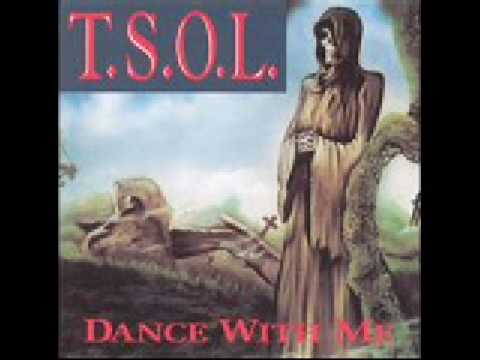 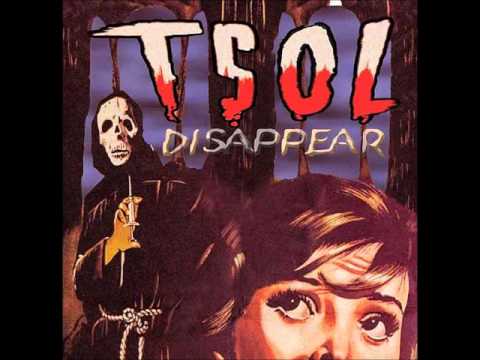 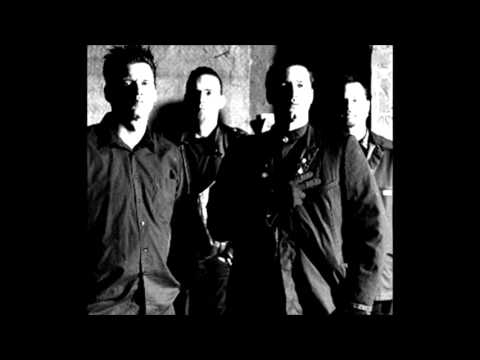 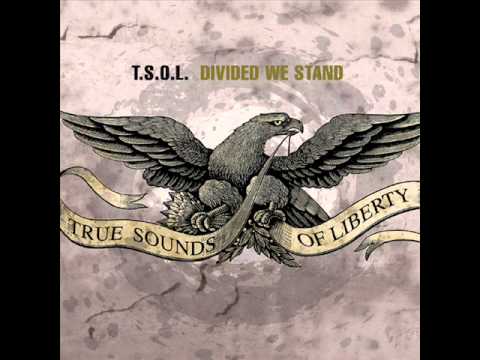 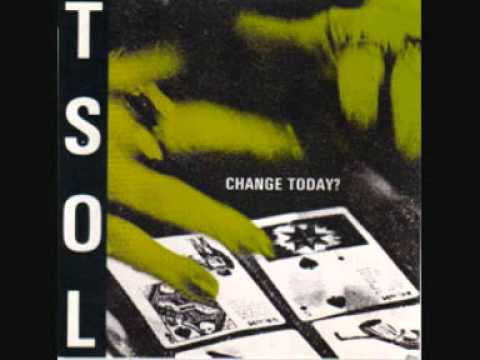 Flowers by the Door 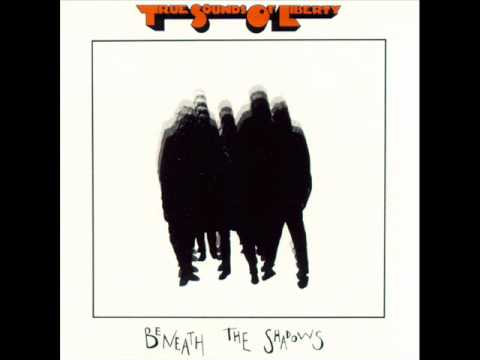 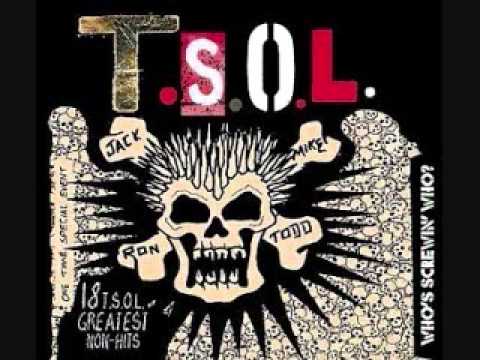 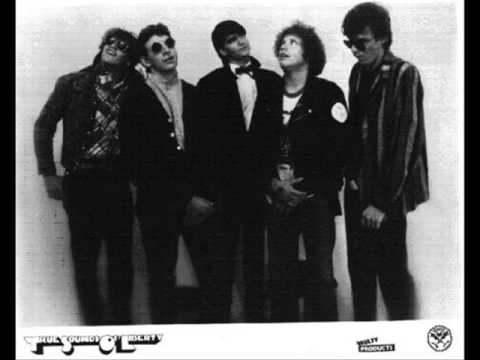 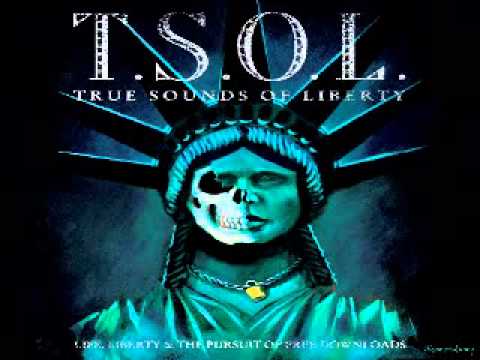 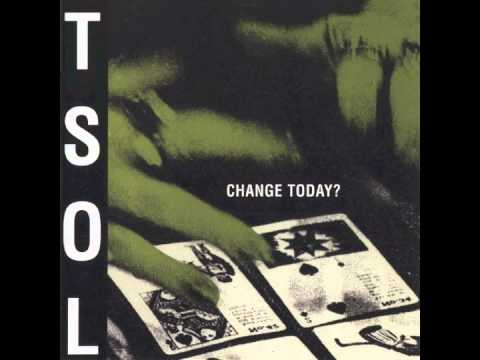 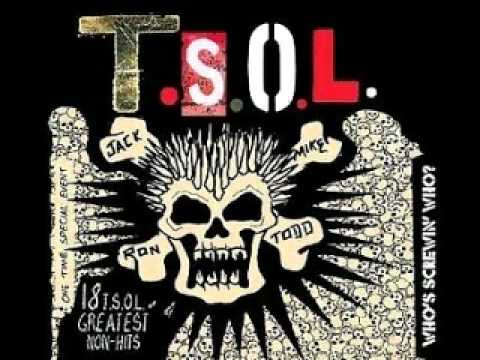 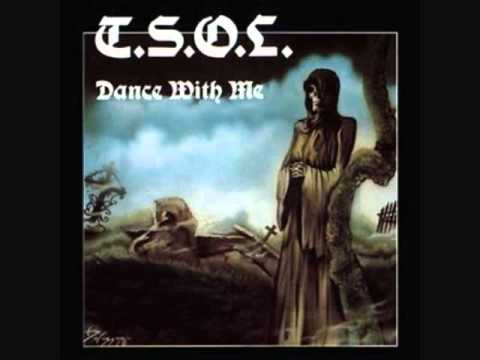 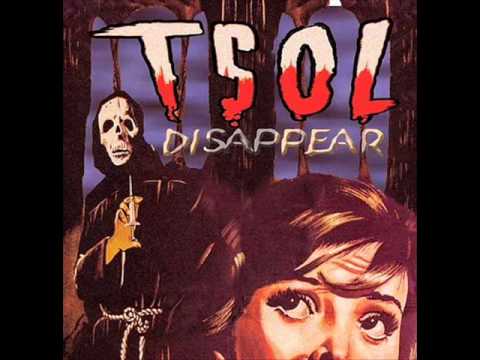