There are multiple artists with this name: 1) Sworn is from Bergen, Norway, and plays Melodic Black Metal with elements from heavy metal and death metal. It started out as a one man band by Christoffer Kjørsvik in 2005. He created the demo Night Supremacy and self-released it. Lars Jensen from Myrkgrav did the vocals on this recording as a session-vocalist. The demo received great feedback, and not long after the release of t...


1) Sworn is from Bergen, Norway, and plays Melodic Black Metal with elements from heavy metal and death metal.

It started out as a one man band by Christoffer Kjørsvik in 2005. He created the demo Night Supremacy and self-released it. Lars Jensen from Myrkgrav did the vocals on this recording as a session-vocalist. The demo received great feedback, and not long after the release
of the demo, Christoffer invited his old friend Tom Ian Klungland to play drums in Sworn, which he gladly accepted. Tom Ian brought with him Gøran Hope and Leif Herland from an old band, and Roland "Røst" Røtne was recruited as the vocalist. This was the starting of a new era for Sworn.

After intense rehearsing, Sworn hit the road and played some live shows around in the Hordaland county, which went very well. Later on, some new songs were finished, and Sworn entered Conclave Media Studio to record their debut album. At this time, Roland left the band. Lars Jensen, who also did the vocals on the demo, became the vocalist in Sworn, permanently.

2) Sworn is a an Armenian extreme metal band that formed in 2005 as an atmospheric black metal band but gradually changed it’s style to something more close to melodic progressive death metal. To this moment the band has released two LPs and one EP. In May 2010 the band changed its name to Sacrond

It all began in 2003, when Mayer, a 16 year old heavy metal fan, stumbled across an Emperor cd in a music shop and after buying and listening to it realized that it was what’s good for his ears. He also realized that he not only wants to listen to that kind of music but also has the urge to create and play it, which pushed him to buy his first electric guitar. As time passed, his musical taste changed from Iron Maiden, Zeppelin and Manowar to darker and heavier bands like Emperor, Opeth, Mayhem, Katatonia etc. Gradually his guitar skills increased too and also did increase his desire to have his own band, until one day, in 2005, he got acquainted with Alex, yet another extreme metal addict (Dark Funeral, Marduk, etc…) who knew how to handle a guitar and also had quite disturbing growling skills. Thus the two friends formed a band carrying the name “Sworn”.

Soon another metalhead joined the band. It was a grindcore freak by the moniker of Inheller. He was Mayer’s friend and was supposed to provide additional vocals. With this setup Sworn started recording their first song, “Fog of the Darkside”. The recording of this song took almost half a year during which not only the band collected the equipment needed for recording, but also learned the skills as a band and developed the one thing that makes them stand apart from the majority of other Armenian bands – a descent sound, which was the result of Mayer’s scrupulous experiments with his sound equipment. During these months Inheller lost his interest in the band and quit. Finally, after many months of experimenting Sworn developed the sound that the band was looking for and recorded “Fog of the Darkside”. In 3 more months the rest of the songs for their first album, “The Rise”, were also recorded.

Being already concerned with the possibility of future concerts the band decided to recruit a keyboard player. Thus Valoo, a young girl with a musical education and appreciation for heavy music was recruited.

With this line-up in 2005 Sworn released its first album, “The Rise”, which was quite a success and got warmly welcomed by the Armenian metal underground to which it was presented and distributed mostly in mp3 format. Music wise “The Rise” album sounded like atmospheric black/doom metal and it had great sound, which was something rare for Armenia. Naturally this album earned much interest and appreciation for the band.

Meanwhile by the end of the year 2005 Sworn started recording new material for the next album which in fact turned out to be an EP named “…Of Euphoria” and was released in February, 2006. This EP was a whole conceptual tale broken into 3 parts that told the story of loss and genesis. The music of this EP was darker and more extreme while it also carried some progressive elements, the songs had more depth and complexity and the arrangements were richer and of course the sound of the whole thing was much better because Mayer never stopped experimenting with sound and getting better results. By the end of the recording process a new song was also recorded though it didn’t find place on “…Of Euphoria”, because of differences in concept and style. The song was called “I am of Night” and marked Sworn’s change of style and their move towards progressive atmospheric death metal. This song was saved for release on the next album.

Recording of the next album started one month after the release of “…Of Euphoria” and continued till November, 2006. During that period also some songs by well-known bands (Zyklon, Solitude Aeternus, Dimmu Borgir) were covered and recorded by Sworn in pursuit of technical and aural perfection. During the summer Sworn members got acquainted and made friends with Paranoid, a promising young musician who was no stranger to the world of music, as he had been the keyboard player for the prog-rock band Oaksenham. Very soon Paranoid replaced Valoo, who took up the responsibilities of the band’s manager. By that time locally Sworn already became quite popular and even got involved in some activities out of the Armenian metal underground: the band gave interviews to Ardzaganq and Internews and was also presented along with some of their songs on metal show “Experimetal” hosted by Pinhead and Aramazd.

Pinhead had been quite interested in the band since the day he heard their music and feeling its potential he decided to help the band any way he could. Soon Mayer invited Pinhead to do the main vocals for the new album, Tended High.

Since the day of the band’s existence Sworn never had a drummer. But now, seeing the distant perspective of doing concerts in the future, it was decided to recruit one. The best choice seemed to be one of the most furious drummers of the Armenian rock/metal scene – Corehammer. He had already known the band and had listened to their music so he gladly accepted the invitation to the band.

Indeed, very soon the possibility to do a concert appeared. It was going to happen in a month. Sworn had never performed together as a whole before and the band members were quite skeptical about the concert, because they didn’t even have a place for rehearsing. But Valoo swiftly found a rehearsal room and after rehearsing for a month the band gave a marvelous concert at Avangtarde Folk Club on September 26th, sharing the stage with the bands LSD and Jam. Also the band’s first video bootleg was shot that day. On November 1 the recording of the last Sworn album, Tended High, was complete.


3) Sworn is a danish band. The story Since 1993 JP (drums) and Martin B (guitar) have been together in a number of different local bands. In the spring of 2002 they decided to search for members for a new serious band. This time around, the band was going to put more emphasis on the quality of the music, rather than just playing a certain style. In early summer of 2002 they enrolled Benjamin (guitar) and Martin J (keyboards). Benjamin and Martin J’s preference was power metal, while JP and Martin B more listened to death and thrash metal. So, it seemed to be somewhat of a challenge to unify the music. Shortly afterwards they got Hansen (bass) to join the band, and in the following sessions a lot of energy was put into practice, composing new material and choosing an appropriate name for the band; Sworn. Now it was time to search for a singer, and he was found in local talent Anders in the early summer of 2003 Sworn finally had a complete line-up. During the summer and fall the band worked hard at practicing and composing the new material and 7 songs were completed. In 2003 Martin J also joined forces with Manticora for the vacant position as touring keyboardist. His main priority is of course Sworn, but he has been helping out the fellow danish metal merchants, for their gigs and tours (a.o. a full scaled European tour in 2003). Lars Smith of Soundzone Studios (known for a.o. Iniquity, Furious Trauma) was contacted and the studio sessions were scheduled for December 2003. In the spring of 2004 Sworn took the recorded parts to the well-known Quang Studios for the final mix. 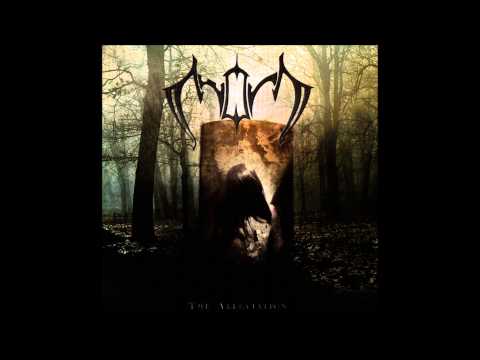 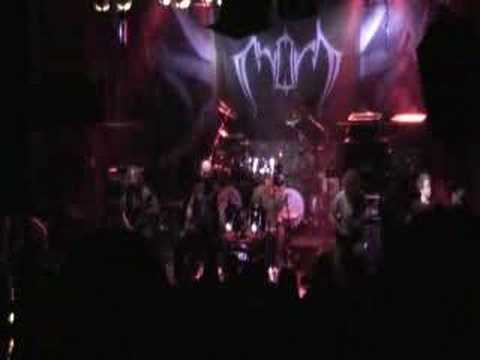