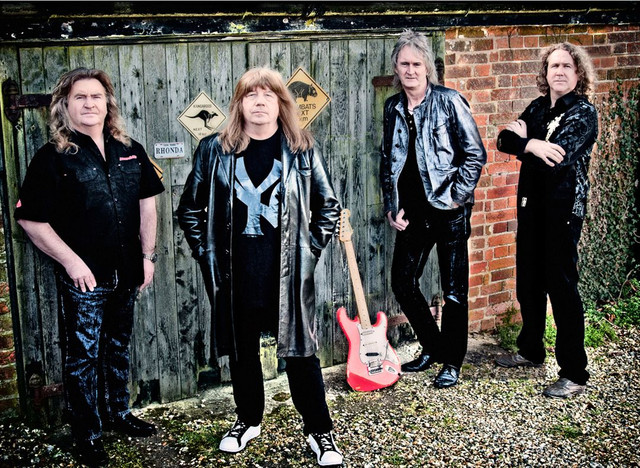 Sweet (referred to as The Sweet before 1974) are a popular 70s-era British rock band. Although largely known for their glam rock image and hit singles that dominated the charts, Sweet also released several acclaimed hard rock albums. The classic line-up consisted of Brian Connolly (vocals), Steve Priest (bass), Andy Scott (guitar) and Mick Tucker (drums). The group's initial years were characterized by bubblegum songs that they were only allowed to sing on, with heavier self-penned rock songs a...

The group's initial years were characterized by bubblegum songs that they were only allowed to sing on, with heavier self-penned rock songs as the b-sides. They achieved their first hit in 1970 with the release of Funny Funny. In the following months, Sweet released "Co-Co" and Poppa Joe, both achieving huge success in the charts. In 1971 they released the album "Funny How Sweet Co-Co Can Be", which consisted mostly of songs written by Nicky Chinn and Mike Chapman.

Sweet's success continued with more glam rock and power pop oriented tunes, such as "Little Willy", "Wig Wam Bam", Hellraiser and Ballroom Blitz. By this time Sweet had a world-wide following, clocking up no less than 18 top 20 hit singles, and the guys were most notably popular in Germany and the U.K.

The group's members are perhaps best remembered for their very 'glam' outfits, featuring a lot of glitter, platform boots, chain mail shirts, and plenty of makeup. The group practically defining the camp extreme of the glam rock look, Steve Priest would later say it was very short-lived and only happened by accident, as some sort of ongoing rivalry between them and artists such as David Bowie and T. Rex. Everyone tried to outdo each other’s ridiculousness on Top Of The Pops. Sweet’s glam rock era lasted from 1972 to 1973.

In 1975, Sweet wrote, recorded and produced the smash hit Fox on the Run on their own, essentially severing ties with Chinn and Chapman. Following the song’s success, they released the acclaimed track Action. Their momentum went on, the band embarking their first U.S. tour.

After their recent success, Sweet released the “Give Us A Wink” album in 1976, which was notably heavy. It contained the single The Lies In Your Eyes, which achieved moderate success. A year later, in 1977, they released the album “Off The Record”, but singles such as Fever Of Love and Lost Angels failed to gain traction, partly due to bad marketing from their label. Despite this, the band continued to distance themselves from their earlier commercial ventures.

Sweet’s career was revitalized with the release of Love Is Like Oxygen in 1978. By this time Connolly had developed a drinking problem and started to be increasingly unreliable during recording sessions. Following a disastrous U.S. tour, he left the band officially in early 1979. The band continued on as a three piece band for three more years, releasing “Cut Above The Rest”, “Waters Edge”, and “Identity Crisis”. Priest took over most of the lead vocals until Sweet’s disbandment in 1981.

In 1985, Andy Scott and Mick Tucker re-formed Sweet with various new vocalists and bass players, the most notable being a 1986 reunion featuring Paul Mario Day (the first singer of Iron Maiden), keyboardist Phil Lanzon, and bass player Malcolm McNulty (who is now lead singer for fellow glam rock band Slade). Steve Priest was asked to join Tucker and Scott for the 1985 Australian tour, but declined at the last moment. Vocalist and bass player Jeff Brown joined in 1988. In 1991, Mick Tucker departed due to ill health, leaving Andy Scott as the only original member. He was replaced by German Bodo Schopf, and subsequently, Bruce Bisland. After Tucker's departure, Andy Scott changed the band's name to 'Andy Scott's Sweet'.

During this time, Brian Connolly, now in bad health, also performed with his version of Sweet. In 1981, he suffered multiple cardiac arrests, which permanently affected his health. He died on 9 February 1997, aged 51. He was cremated after a ceremony at Most Holy Name Roman Catholic Church at Old Mill Lane, Denham, Buckinghamshire and his ashes were scattered over the water by his adult daughters Nicola and Michelle. He also left an ex-wife, Marilyn, and a two-year-old son called Brian Junior (BJ) by his girlfriend Jean.

Michael Thomas (Mick) Tucker died 14 February 2002 in Welwyn Garden City, Hertfordshire from leukemia, aged 54; his funeral took place 25 February 2002. He is buried in an unnamed grave in Chorleywood House cemetery. It is marked by a sleeping angel. A wooden bench with a brass plaque funded by fans as a dedication to Mick is also positioned in the grave's vicinity.[2] He left behind a widow, Jan, and a daughter Ayston from his first marriage to Pauline (†1979). According to Steve Priest: "He was the most underrated drummer that ever came out of England. He was the powerhouse of the band. He was technically marvellous. His timing was impeccable, but he had a lot of soul as well and he really felt what he was playing."

In 1994, Steve Priest published his autobiography “Are You Ready Steve?”, which was a raw expose of his time with Sweet and pre-Sweet. In 2006 he released Priest's Precious Poems, a CD of tracks largely consisting of his more recent material. In 2008, he came out of retirement to form his own version of Sweet, based in the US. A year later this band released a live CD called Live In America. In March 2020, he was admitted to a hospital in L.A. After battling pneumonia for a few months, he died on June 4th 2020 at the age of 72.

Andy Scott currently continues to tour with Sweet. In 2002, Sweet released a new album called Sweetlife. February 2006 saw the release of a new Suzi Quatro album, Back To The Drive, which was produced by Scott. In March 2012, Scott released a covers album called New York Connection. Scott teamed up with Suzi Quatro and Don Powell to release a CD called Quatro, Scott and Powell in 2017. Scott has continued to produce for bands throughout the years, currently being the producer for Novatines.

In recent years, Sweet's popularity has surged again. The song Ballroom Blitz was featured in 2016's Suicide Squad, while Fox on the Run was featured in the trailer for 2017's Guardians of the Galaxy 2. Read more on Last.fm. User-contributed text is available under the Creative Commons By-SA License; additional terms may apply. 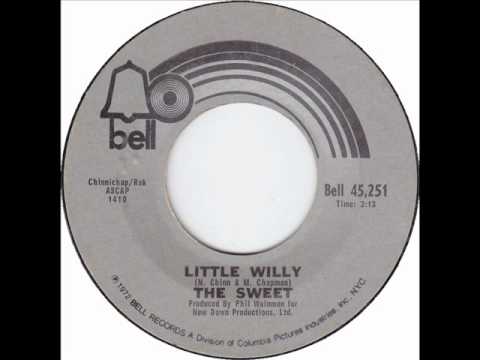 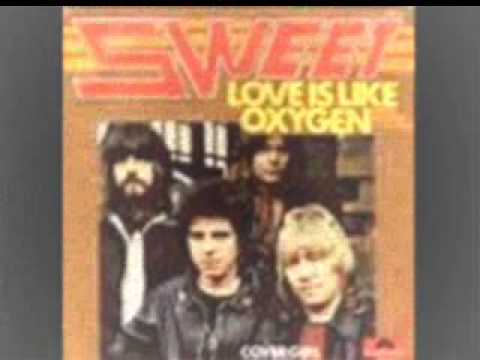