In July 2009 Sweet Billy Pilgrim frontman Tim Elsenburg was busy with his day job when his mobile rang. Kneeling on the floor of a broken-down toilet with one hand down a U-bend, he fished his phone out of his back pocket and answered a call telling him that his band’s second album ‘Twice Born Men’ had just been nominated for a Mercury Music Prize. On that day, his life changed. Released on David Sylvian’s own label, Samadhisound, ‘Twice Born Men’ had been critically acclaimed upon release, bu...

In July 2009 Sweet Billy Pilgrim frontman Tim Elsenburg was busy with his day job when his mobile rang. Kneeling on the floor of a broken-down toilet with one hand down a U-bend, he fished his phone out of his back pocket and answered a call telling him that his band’s second album ‘Twice Born Men’ had just been nominated for a Mercury Music Prize. On that day, his life changed.

Released on David Sylvian’s own label, Samadhisound, ‘Twice Born Men’ had been critically acclaimed upon release, but Tim and his bandmates, bassist Anthony Bishop and drummer Alistair Hamer, had been scraping together funds to play a couple of shows in support of the release to try and spread the word. With that surprise announcement, suddenly there was a platform to gain wider exposure than they’d ever dared dream.

A partnership with EMI followed along with a new wave of press interest and an appearance on Channel 4’s ‘IT Crowd’, as well as the nationally televised Mercury Music Prize ceremony, meaning that Sweet Billy Pilgrim’s select fanbase started to swell and Tim could finally, with the aid of a small publishing advance, give up work and dedicate himself to full time to music. But fairy tales are not without their darker corners.

“When we got nominated for the Mercury - having got over the initial disbelief - I was still doing my day job driving a van round the M25, painting walls and moving furniture around,” Tim explains. “I started feeling pressure because for the first time there were more than five people who might be interested in the new material. Previously I just did what I did with few expectations but, after the Mercury, at the back of my mind was the thought that this time, people might actually be listening.

And along with that expectation and pressure came changes in Tim’s personal life. “The months spent writing and recording the album were difficult ones; there were a few personal things I had to get to grips with and sort out. I was a little bit older, and it was time to stop making excuses for certain behaviours and deal with what it is that has made me who I am – for better or worse. And what I needed to do was sit in a bungalow with a view of a lovely garden and make a record about it.”

And what a record. ‘Crown And Treaty’ is quite simply stunning. Ambitious, literate, dramatic, heartfelt, beautiful, artistic and capable of moving you to tears, it is the sound of a band taking a quantum leap forward, throwing every ounce of their belief, passion and dreams into the creation of a truly special body of work.

A rumination upon history and our place within it, ‘Crown And Treaty’ is the result of Tim’s change in circumstances, living alone for the first time in many years with the ability to use every moment in the pursuit of his vision. It gave him the chance to explore episodes from the past, key amongst which was his younger brother’s death from a little known heart condition; a tragedy that brought the members of the band together many years ago and which informs one of the album’s most affecting tracks, ‘Brugada’, named after the two doctor brothers who discovered the illness.

“Alistair and Anthony were friends of my late brother, and immediately following his death we were all looking for a way to get through the pain together. That way ended up being music. So we formed a band out of necessity really,” recalls Tim. “We always ended up playing together. We were session musicians for another signed artist, then we were a three-piece rock band for a while, and then one day I just decided I was fed-up of shouting over a drum kit, bought a laptop and a microphone and got to work.”

This shift from Tim’s rock roots to the contemplative beauty which now flows through every careful note of Sweet Billy Pilgrim’s music ensured ‘Twice Born Men’, recorded in a shed, was an artistic triumph. But it merely set the scene for what the band have delivered with ‘Crown And Treaty’; a record on which Tim’s haunting vocals are lifted to new heights by those of co-vocalist and guitarist Jana Carpenter.


“I’d been listening to Gram Parsons and Emmylou Harris, those kind of country duets, and Jana has this voice - kind of wood-smoked and grainy – and I thought it wouldn’t work with my voice when I first heard it. But we sang at a birthday party - just a couple of covers - and everyone seemed genuinely moved by it. And that’s when it began to come together in my head that another voice would be the best way of opening the record out.”

First single and album opener ‘Joyful Reunion’ reveals this new found, expansive sound, with its glorious marching beats, tales of Emperor Charlemagne and epic, swelling finale featuring the massed voices of 40 fans who responded to a Facebook invitation to come along to the studio and provide a choir for a couple of songs the band were working on.

“I wanted a fanfare to open the record, a statement of intent so that within seconds people knew it was going to be very different to the previous record,” says Tim. “I've always wanted to make a record and throw practical considerations to the wind; to let my imagination run riot, and make music with all the stuff I can hear in my head, without having to worry about how we're going to play it live, or how it might be received after a previous record. And this time, I wanted to make it in bold strokes... less smudging... primary colours. Basically, I wanted to make a record that sounded like a million dollars, for next to nothing.”

‘Crown And Treaty’ achieves that and so much more. The previous shades of Nick Drake, Scott Walker, Elbow, The Blue Nile and John Martyn that have infused Sweet Billy Pilgrim’s sound have been expanded and driven to new heights. Each and every song on ‘Crown And Treaty’ is an unfurling, revealing gem; a beautiful, moving, uplifting treat.

Tracks such as ‘Archaeology’, which reveals its pop heart amidst Sylvian-esque sonic experimentation and ‘Kracklite’ which blossoms from its initial Portishead-meets-Talk Talk stately grandeur into a driving guitar stomp reveal a band whose talents have exploded. Swirling throughout are mercurial hints of Spiritualized, the Beach Boys, Vaughan Williams and Bon Iver, traces of Steely Dan, Todd Rundgren, Prefab Sprout, Wilco and Tom Waits – but this majestic brew is mere background to something truly magical, a distillation of atmosphere that creates a whole new world to explore.


“On my last day of work I was working at a business centre in Uxbridge” explains Tim of his lyrical inspiration, “and as I pulled out of the car park I stopped at some traffic lights by a pub called the Crown And Treaty.I have a weird sense sometimes – I have it with lyrics as well – where a phrase will jump out at me, and before I know what it means, it sticks; it becomes something, starts to trigger thoughts and they snowball into ideas.

“With lyrics, what I tend to do is freeform, just sing phonetically and two or three lines will arise out of that. Eventually through a string of tiny decisions - one thing leading to another - songs gradually form,” he continues.

Reflecting on how various ideas of personal, political and social history fed into ‘Crown And Treaty’, Tim says, “I wanted to talk about history, and the idea that we're all chained to it; all our ideas, actions, wants, needs... everything, are tied to what's gone before. We might not see it consciously but everything we do is coloured by the past, for better or worse, and to be able to break away you have to recognise it and make your peace. You have to crown it. Make a pact with it, and move on.”

With the album’s release Sweet Billy Pilgrim are moving on to a bright new future. Read more on Last.fm. User-contributed text is available under the Creative Commons By-SA License; additional terms may apply. 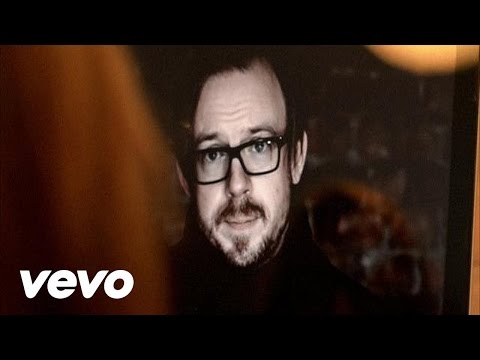