Lead singer Suze DeMarchi started singing in local Perth pub bands at the age of 17. As Suze admits - “after the first couple of gigs, I knew that there was nothing else I would rather do If I never did anything else the rest of my life but record and play live, I’d be happy.” For the next four years, DeMarchi was in England recording and writing as a solo artist, with EMI Records. But disheartened by the record company’s attempt to slide her into a pop career, and missing not working with a b...

As Suze admits - “after the first couple of gigs, I knew that there was nothing else I would rather do If I never did anything else the rest of my life but record and play live, I’d be happy.”

For the next four years, DeMarchi was in England recording and writing as a solo artist, with EMI Records. But disheartened by the record company’s attempt to slide her into a pop career, and missing not working with a band, together with a little encouragement from then manager John Woodruff, she returned to Australia in mid 1989. On her return she set about forming a new band: fellow Perth musician Frank Celenza recommended his best friend, bass player Eddie Parise, DeMarchi approached guitarist Dave Leslie to join the band and finally, Celenza joined as the band’s drummer.

November 1989 saw the band’s first gig at the infamous Kardomah Cafe in Sydney, and the start of constant touring through the city’s pubs and clubs.

The Angels were so impressed with the band, that they included one of the band’s demos Break My Heart on the B-side of their single Dogs Are Talking.

In August 1990, the band singed a publishing deal with SBK Songs (now EMI Songs). Whilst attending one of their gigs, Terry Ellis, president of the newly formed Imago Recording Company heard something special and signed them to his label. He described the experience as “the band was great, the songs were terrific and to me Suze clearly had that indefineable magic that separates one artist from the crowd and makes them a star.”

Their debut single Early Warning was released April 1991 and immediately reached the Top 20 on the Australian Singles charts. After the release of the single, the band flew to the United States for a series of showcases for the Imago/BMG people, to coincide with the earlier release of the album there. With the Top 20 chart success of Early Warning at home, the second single Rush You was released in August 1991.

Their eponymous debut album Baby Animals was released in September 1991. The album debuted at number six on the ARIA Charts and spent six weeks at number one, eventually going eight times platinum and becoming the highest-selling debut Australian rock album of all time (until the release of Jet’s album 12 years later).

After reportedly listening to the band’s album in his kitchen, Bryan Adams asked the band to join him on his European tour. Whilst overseas, the band picked up the ‘Best New Act’ at the inaugural 1991 Australian Music Awards. Christmas 1991 saw the band back in Australia for more touring, and the release of two more singles from the album Painless and One Word. The incredibly successful ‘Let Go Of My Ears’ tour saw the band playing to sellout crowds all over the country.

In 1992 the band joined the Black Crowes on a national tour of New Zealand. Baby Animals made a guest appearance on the David Letterman Show, performing the single Painless.

The band picked up a number of honours at the 1992 ARIA Music Awards, receiving awards for ‘Best Debut Album’, ‘Best Single’, and ‘Best Album’. DeMarchi was also nominated for ‘Best Female Vocalist’.

The band then toured in the opening slot for Van Halen’s ‘For Unlawful Carnal Knowledge Tour’ across America from January 28 to May 31, again playing to arena-size audiences. Eddie Van Halen requested their presence after his wife Valerie heard their album, and suggested them.

Australian Rolling Stone placed Suze on the cover (noting the increased profile of women in Australian music and design reasons). It was the first time they had put an Australian artist or group on the cover on the merits of a debut album. The Editor’s letter was used to explain why Suze is on the cover despite the fact that the band insisted on a photo of the whole band or no cover at all.

Sales of Baby Animals reached 8 times platinum in Australia, and topped 800,000 worldwide. The band having played over 800 shows when they stopped touring in August.

In 1993, the band returned to New York (Bearsville Studio, where they also recorded their first album). Two weeks of pre-production later, they go to the Bahamas, where they spend two months recording at Compass Point Studio (AC/DC). This time around, they experiment with a more mature sound, at the hands of producer Ed Stasium (Ramones, Living Colour). Next, the band move on to Los Angeles , where Nuno Bettencourt (Extreme) meets up with the band, after having previously admired their music and calling them up. He contributes his songwriting/guitar skills (Because I Can) and produces Life From A Distance and Be My Friend. He also contributes to She Does Whatever on the Shaved and Dangerous Tour CD.

Shaved And Dangerous is released in August, 1993 to positive reviews that applaud the maturation of their music from their simpler, high energy debut to their new-found emotional depth and daring.

Baby Animals support Robert Plant’s US tour before returning home around Christmas time to prepare for a 27-date Australian tour.

Touring gets cut short when DeMarchi experiences throat problems, which requires her to undertake speech therapy for her vocal cords. In August, 1994 Baby Animals share the stage with Extreme in a concert on the Azores island of Sao Miguel. DeMarchi and Bettencourt’s wedding ceremony is also performed there. Songwriting/recording for the third record is anticipated for November.

In 1995 on the verge of their first major US tour, their US-based record company Imago Records folds after losing its distributor, BMG. The band tries unsuccessfully to be released from the Imago label. Soon afterwards in early 1996 the band take a break from touring and recording while Suze concentrates on motherhood.

In October 1999 DeMarchi releases her first single, Satellite as a solo artist, which is followed by her debut album, Telelove, on Mushroom Records and a national tour.

In August 2002 Suze has second child.

In June 2004 Suze DeMarchi was one of the inaugural inductees into the WAM (West Australian Music Industry Hall of Fame.

Recently in 2007, Dave and Suze got together in America and recorded an acoustic Baby Animals album with Justin Stanley producing.

Several of those songs will appear on the Miramax/Disney film Smart People starring Denis Quad and Sarah Jessica Parker. It is slated for an April release.

In September 2007 the band got together for the first time since ‘97 to rehearse and work on new material. 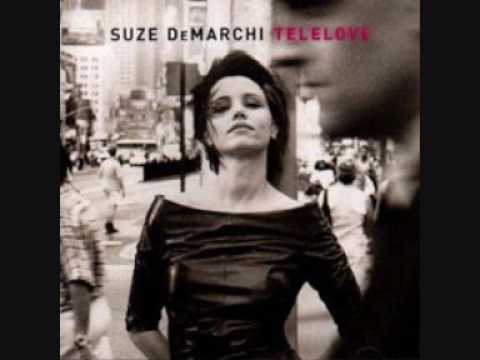