Athera (vocals)-Tjodalv (Drums)-Memnock (bass)-Cyrus (Guitar)-Elvorn (Guitar) Susperia may have their roots in Norway’s black metal scene, but that is merely a starting point for a band that describes their music as “extreme metal with melodic twists”. Their simple philosophy of “no boundaries” – as reflected on the album ‘Unlimited’ – demonstrates how Susperia have no hesitation in embracing and exploring a variety of musical avenues with ease. They feel that originality is the essence of surv...

Susperia may have their roots in Norway’s black metal scene, but that is merely a starting point for a band that describes their music as “extreme metal with melodic twists”. Their simple philosophy of “no boundaries” – as reflected on the album ‘Unlimited’ – demonstrates how Susperia have no hesitation in embracing and exploring a variety of musical avenues with ease. They feel that originality is the essence of surviving the music industry today and their willingness to experiment has seen development and progression over their three-album career, to a point where they are managing to carve out their own identity within the metal genre.

The origins of the Oslo based band can be traced back to 1998 when Tjodalv, then occupying the drum seat with Dimmu Borgir, and long time friend Cyrus (Satyricon, Old Man´s Child) would get together regularly to share ideas and write songs. These sessions developed rapidly into the foundations of what would eventually become the band Susperia. By March 1999 Tjodalv had left Dimmu Borgir to concentrate fully on building a band that was capable of sharing one vision and performing a challenging style of music. A chance meeting between Athera and Tjodalv at 1999’s Wacken Festival in Germany proved to be beneficial and would eventually lead to the completion of the Susperia line up. Athera had been handed a CD of ideas that Tjodalv and Cyrus had been working on. Suitably impressed by what he heard, Athera wasted no time in agreeing to join the fledgling band, bringing along with him from his own band, bass guitarist Memnock and guitarist Elvorn.

With the line up complete Susperia entered Pitfire Studios near Oslo to record the five-song ‘Illusion Of Evil’ demo, which immediately caused a buzz with various record labels. A bidding war ensued with ten labels chasing the bands signature. Susperia eventually opted for Nuclear Blast, finalising their deal in early 2000. October of the same year saw the band hard at work in the legendary Abyss Studios, Sweden producing their debut album ‘Predominance’. The album was released to critical acclaim in March 2001, with the international press praising Susperia as one of the freshest and most interesting bands around at the time. Tours with In Flames, Nevermore, Lacuna Coil, Dimmu Borgir and a headline appearance at Portugal’s Extremo Open Air Festival followed, placing the band in front of excited audiences around Europe.

The second album ‘Vindication’ followed in 2002 with the band once again utilising Abyss Studios for the recording. ‘Vindication’ equally impressed both fans and critics alike, being championed as one of extreme metals’ groundbreaking albums. However cracks were beginning to appear in the bands’ relationship with Nuclear Blast, mainly due to a lack of live promotional support from the label. As a result the band took their destiny into their own hands and asked to be released from their contract. They subsequently parted company with the label on amicable terms. Summing up the situation at the time, vocalist Athera commented, “we couldn’t sit on our arses waiting for something to happen”. Despite the upheavals, Susperia still managed to get out on the road, appearing mainly at European festivals, but also fitting in a performance at the Milwaukee Metalfest in the USA.


By 2003 the band were fielding offers from various labels, eventually finding a new home with upcoming Norwegian label TABU – a division of TUBA Records. After sorting out their business affairs, Susperia set about writing their new album. Retreating to the tranquillity of Memnock’s cabin in the Norwegian woods, they shut themselves away for four weeks and aided by a touch of alcohol, wrote the songs that would appear on ‘Unlimited’. Recording of the album took place at Subsonic Studios in Norway and Studio Fredman in Sweden, with production duties handled by the band. However prior to entering the studios to record the album, Susperia had a couple of “firsts”, undertaking tours of the UK and headlining dates in Mexico for the first time.

With ‘Unlimited’ Susperia came of age, producing their best selling album to date. It was an album that showed a new maturity in song writing and performance. The five highly skilled musicians combined their technical prowess and individual personalities to deliver one of the metal genres outstanding albums of 2004. Entering Norway’s ‘Official Album Chart’ at Number 43, the album quickly became a favourite with both fans and media around the world. Further recognition came with a nomination in the 'Metal' category for Norway's respected ‘Alarm’ awards. In the USA, ‘Unlimited’ made an immediate impact, becoming the third most added album at influential CMJ Loud Rock Radio and achieved the number three position on the ‘Crucial Spin Charts”, while the video for the song ‘Chemistry’ received regular TV airplay on MTV Headbangers Ball and Havoc TV amongst others. The band was creating an impact in both Europe and the USA. An exhausting nine-week European tour in support of ‘Unlimited’ late in 2004 established the band as a great live experience.

The increasing profile paid off in 2005 when the band was invited to be the main support on the ‘Reunion European Tour’ of Bay area thrash legends Testament. September 2005 saw Susperia release the ‘Devil May Care EP’ which contained a collection of original and cover songs along with promo videos. The EP was intended to be a low-key affair whilst the band worked on material for their next full-length album, but the release took everyone by surprise when it reached number 19 on Norway’s official ‘Hit List’. As a result the band created a piece of music history by becoming the first home grown act in the metal genre to achieve a Top 20 hit in the country. A short headline European Tour rounded the year off, leaving the band ready to concentrate on recording their fourth studio album in 2006.

As the band set to work on their fourth full length album, a new chapter is ready to unfold as Susperia look to expand their grasp on the music that has impressed so many. Read more on Last.fm. User-contributed text is available under the Creative Commons By-SA License; additional terms may apply. 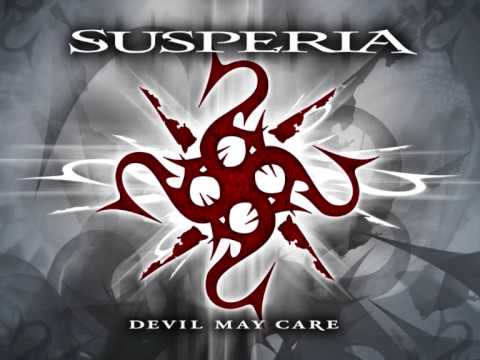 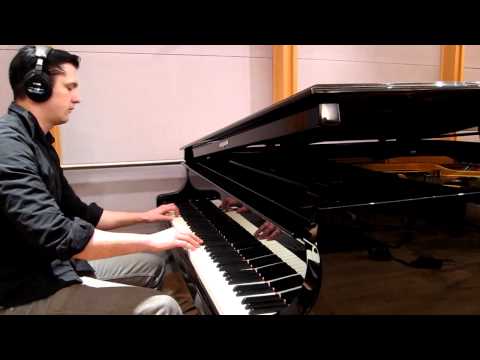