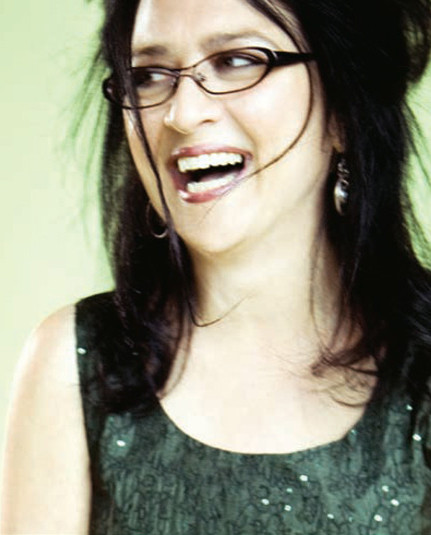 Recognized for the gentle, warm voice that she brings to authentic interpretations of jazz and blues melodies, Susie Arioli has carved out a solid reputation for herself on the international scene, where the number of her fans multiplies with each of her appearances. In addition to captivating Canada, the Montreal singer enjoys a widening popularity in France, Japan and the U.S., where her album sales have been in the thousands. Now she’s back with Christmas Dreaming, her brand new album release...

Recognized for the gentle, warm voice that she brings to authentic interpretations of jazz and blues melodies, Susie Arioli has carved out a solid reputation for herself on the international scene, where the number of her fans multiplies with each of her appearances. In addition to captivating Canada, the Montreal singer enjoys a widening popularity in France, Japan and the U.S., where her album sales have been in the thousands. Now she’s back with Christmas Dreaming, her brand new album released on November 2, 2010, in Canada.

True to her inimitable style, and as ever accompanied by Jordan Officer on guitar, Susie invents a very personal way of celebrating the Holidays with a Christmas album of bewitching charm. Demonstrating once again her exceptional flair for selecting songs, the singer offers a choice of some great classics and some superb lesser known titles that she unveils with obvious pleasure. These infinitely alluring performances give off an irresistible warmth, heightened by the jazz and bluesy colours so characteristic of the Arioli sound. With its flowing rhythms, its hushed atmospheres and its carefully crafted arrangements, Christmas Dreaming evokes the holiday spirit with a formidable authenticity.

Susie Arioli’s lineup, which originally performed under the name the Susie Arioli Swing Band, has revolved from the very beginning around the duo of the singer (voice and snare drum) and Jordan Officer (guitar and musical arrangements). In July 1998, at the time not well known to the general public, the Susie Arioli Swing Band scored a resounding success with its first performance at the Festival International de Jazz de Montréal. On the heels of that widely hailed set, the group received a remarkable invitation: open for Ray Charles’s show in Salle Wilfrid-Pelletier at Place des Arts. The crowd that night – and the critics – were instantly smitten.

Since then, the group’s popularity has taken off in Quebec, the rest of Canada, and well beyond our borders. Susie and her group were the first artists to sell out a show at the 2000 edition of the Festival International de Jazz de Montréal. A number of their shows there since have also played to full houses, and the band carries on expanding its fan base thanks to the smooth voice and charisma of Susie Arioli combined with the deft artistry and sensitivity of Jordan Officer.

Released in May 2001 in Toronto, the first album, It’s Wonderful, impressed the media crowd in attendance at the Top of the Senator club during the JVC Jazz Festival. “Susie is unerringly right in what she chooses to sing and unrivalled in how she sings it,” said Peter Goddard of the Toronto Star. “And what’s so incredible is that the band has succeeded in putting the others out of our mind,” commented Le Devoir’s Serge Truffaut. “Susie Arioli is a rare gem… With festive, balanced, well-played music,” praised Claude Côté in the weekly Voir. The 2001 tour was an opportunity for the group to build more of a name for itself abroad, and Susie and acolytes made a vivid impression during key stops in places like New York’s famous Birdland, where the group bedazzled the New York public and critics alike, and Royal Festival Hall in London, not to mention an acclaimed appearance at the Festival Django Reinhardt in Paris.

In 2002, Susie Arioli and Jordan Officer produced their second album, Pennies from Heaven, selling more than 48,000 copies. No less than they deserved, the album being another collection of gems, all masterfully chosen songs, and enhanced by the backing of the late Ralph Sutton and Jeff Healey on piano and guitar respectively.

Released in 2004 under the name Susie Arioli Band, the third album, That’s for Me, was produced by John Snyder, well-known for his work with Chet Baker, Ornette Coleman, Charlie Haden and Etta James (which won him a Grammy). Reception was once again outstanding, with close to 50,000 copies sold. The first French-language single was a magnificent and irresistibly seductive version of Django Reinhardt’s classic “Nuages” (with lyrics by Jacques Larue), while the first English single was a gentle version of the unforgettable “You Don’t Know Me,” which was popularized widely by the legendary Ray Charles.

In October 2005, the Susie Arioli Band was back in the studio recording Learn to Smile Again, undisputedly the most accomplished album of the band’s career to that date. This fourth album pays tribute to the legendary country singer Roger Miller. Scrupulously avoiding Miller’s best known compositions, the band opted instead to explore lesser known gems such as “Husbands and Wives,” “Less and Less” and “A Million Years or So.” Two original instrumentals by Officer were also featured on Learn to Smile Again, as well as a cover of Irma Thomas’s “Ruler of My Heart” and a sublime interpretation of the jazz standard “By Myself.” The masterpiece on this album is an extraordinary version of the Jimmy Webb classic “By the Time I Get to Phoenix,” a song illustrating the band’s Americana/roots dimension with panache.

Live at Le Festival de Jazz de Montréal, the group’s first DVD, was recorded at the Festival’s 2006 edition and released in April 2007. Accompanied by a live CD, the DVD was certified Gold in Canada.

The Susie Arioli Band wound up its Canada-wide tour with a large-scale concert in Salle Wilfrid-Pelletier at Place des Arts as part of the 2007 Festival International de Jazz de Montréal, accompanied by the prestigious I Musici de Montréal chamber orchestra. The live DVD/CD was released in France in October 2007, at the start of the band’s concert tour in that country.

In October 2008, Susie Arioli released a first album under her own name entitled Night Lights. This fifth album in her career, which appeared on the Spectra Musique label, was a highlight in the singer’s evolution. Still accompanied by the outstanding guitarist Jordan Officer, who also produced the album, this time a radiant Susie integrates into her repertoire her own unique takes on standard jazz classics. On pieces like “Blue Skies,” “Can’t We Be Friends” and “Beyond the Sea,” there’s that distinctive and original Susie Arioli sound once again. Solidly backed by Officer on guitars and by Bill Gossage on bass, the sparkling brunette delivers her songs with all the ardour she’s so well known for.

After a triumphant return to Montreal in November at Théâtre Outremont, where she played to a sold-out house, the singer was back the following summer at the Festival International de Jazz de Montréal, which awarded her its Oscar Peterson Prize, a prestigious distinction honouring her contribution to Canadian jazz and the high level of her art. For that occasion her show sold out the hall, this time Théâtre Maisonneuve at Place des Arts, where the crowd welcomed her with an enthusiasm befitting the circumstances, as it did at the extra Montreal shows added in the fall.

Tours piled up for Susie Arioli, who has performed several times in France, including at Olympia in Paris as part of TSF’s fifth-anniversary gala. The renowned French jazz radio network also enshrined Night Lights as “best jazz vocal album of 2009” on its annual list of award winners. Susie was additionally invited to perform in Mexico, where she gave a series of shows in late 2009.

The table was set for a new studio adventure, and Susie moved into celebration mode with the recording of a first Christmas album, which was released in November 2010. The holiday period promises to be magical this year! Like a heart-warming smile, Christmas Dreaming is an invitation to dream while wide awake. Read more on Last.fm. User-contributed text is available under the Creative Commons By-SA License; additional terms may apply. 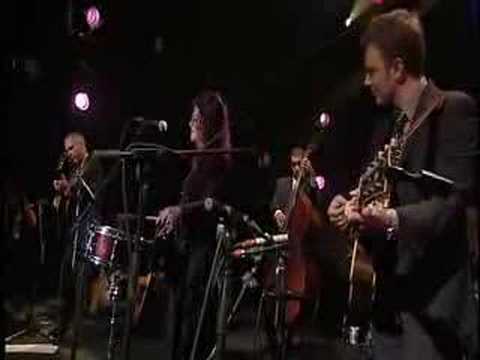