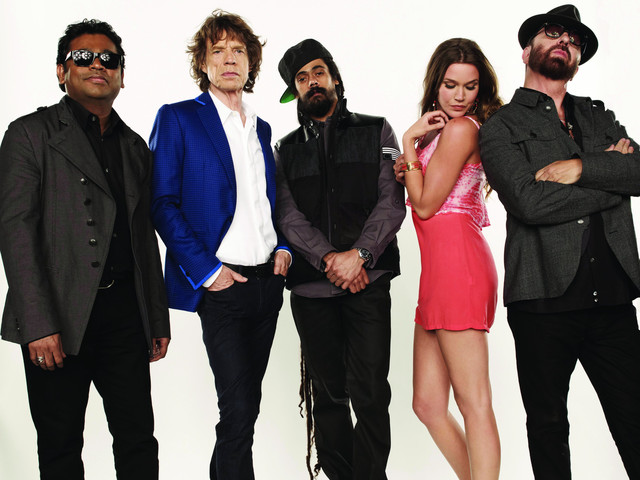 SuperHeavy is a rock supergroup consisting of Mick Jagger, Dave Stewart, Joss Stone, Damian Marley, and A.R. Rahman. Stone and Stewart had collaborated in the past with Jagger.

This diverse and eclectic line up who share eleven Grammy Awards between them, have been recording together in various studios around the world, with the majority of the tracks on the project laid down over three weeks in Los Angeles earlier this year. Their self titled debut album will be unveiled in September and tracks include the first single ‘Miracle Worker’, plus ‘One Day One Night’, ‘Energy’, ‘Unbelievable,’ ‘SuperHeavy,’ I Can’t Take It No More,’ ‘You’re Never Gonna Change’ and ‘I Don’t Mind.’

It’s little wonder that Stewart refers to SuperHeavy as, “A mad alchemist type experiment“. Fusing the talents of one of the greatest front-men of all time, a two time Academy award winning Indian composer, a soul vocal prodigy, a three time Grammy winning reggae star, and one of the most sought after producers in the world, you would expect the explosive results to defy categorization.

SuperHeavy came together after Jagger and Stewart considered what a band comprising of musicians from different genres would sound like. Jagger explains, “Dave really wanted to make a record with a different group of musicians, in other words, with different backgrounds of music. Instead of everyone being a rock musician, or basically a blues musician, or some other genre, he wanted to get as many genres together that would fit. I said it sounds like a good idea, I never thought it would actually happen.”

Yet soon enough Jagger found himself back in the studio with Stewart and Joss Stone, having previously worked together on the 2004 Alfie movie soundtrack. Stewart says Stone was, “an obvious choice for us. She’s such an incredible singer and spirit.” Stewart and Jagger’s dream team took further shape when they were inspired to bring Damian “Jr Gong” Marley into the mix, says Stewart, “We’d always wanted a Jamaican musician because Mick and I are crazy about Jamaica and Jamaican music.” Stewart has worked with legend Jimmy Cliff while Mick has duetted with Peter Tosh from the Wailers on the Temptations tune “Don’t Look Back” in 1978.

“We were listening to loads of stuff and suddenly a light bulb went off and we thought about Damian “Jr Gong” Marley.” Jagger had long been a fan of Marley’s, fresh from another cross-genre collaboration with American rapper Nas, citing his strength as a lyricist and toaster along with his penchant for experimentation and collaborative spirit. Marley brought on board his rhythm section, bassist and composer Shiah Coore and drummer Courtney Diedrick, while Stewart introduced the band to his long-term collaborator Ann Marie Calhoun, a rock violinist who had previously worked with the Foo Fighters.

Recording in LA meant the band’s path crossed with legendary Indian composer A.R. Rahman, in the City of Angels fresh from his Slumdog Millionaire Oscar glory. Jagger explains, “We didn’t know what kind of music we’d make, we didn’t know if it would be any good, but we hoped we’d have fun.” They were thrilled to have Rahman on board, Stewart says, “He brings so much musical knowledge, amazing musicianship, melody and singing power from a different culture.”

Despite their disparate backgrounds, the members of SuperHeavy instantly connected and hit the ground running, writing twenty-two songs in the first six days. Stone was thrilled with the results, “That’s what you need, all these opinionated people who have been brilliant in their own field, shove them together and see what comes out. It’s really unexpected, its mind blowing” she enthuses. Similarly enthused was Rahman, “The first day I was in a daze thinking, ‘What am I doing? What’s my role?’ and then slowly we started writing with each other, and it was great. It took me way back to my high school days when I was playing in a rock band, but this one was a real one!” Jagger says of the writing process, “We ran the gamut of all our different styles mixed up, so we got Joss singing, Damian doing toasting, and me singing different styles.“

The project needed a name. Marley had been riffing the term “SuperHeavy”, inspired by Muhammad Ali being the super heavyweight champion of the world and the phrase became the band’s catchphrase, “It was Mick who said, ‘Why don’t we call it SuperHeavy?”, recalls Stewart, “We all thought about it for ages and then it sort of stuck.”

SuperHeavy is a new and spontaneous way of working for all the collaborators as Jagger explains, “I said to Dave, normally [with the Stones] we’d always have written songs before we go into the studio,” but the jam sessions resulted in some great work. Stone explains, “It felt better when we were just jamming, that way we made it up as we went along and it was easy.”

The band found a harmonious way of working together, “With five of you everyone has to give and take quite a lot. We tried to understand everyone wouldn’t be too egotistical, start throwing things around the studio, we wouldn’t have fights!” says Jagger. However they weren’t averse to telling each other to be better either, Jagger continues, “We were writing a lot of stuff and throwing it away. I would say, ‘That’s rubbish, another cliché Joss’, and she’d say, ‘Well you come up with something then!” The experience was refreshing and exciting for the band, “We’re four vocalists and we’ve never worked like that before. It’s great because the whole burdens not on you, and that made it fun.” Jagger enthuses.

Back to that alchemical experiment, Jagger, Stewart, Marley, Rahman and Stone appear to have created a new genre. “It’s a new kind of music, it’s a new genre, one that cannot be placed” says Stone. Yet, Jagger is keen to point out the music is accessible; “It’s very approachable. If you’re a Rolling Stones fan there’s definitely stuff you can relate to. Other stuff that you can’t relate to so much, maybe if you listen you’ll enjoy it.”

A first for Mick Jagger is singing in Urdu, on a song composed by Rahman, entitled “Satyameva Jayate”, meaning, “the truth alone triumphs”, Rahman wrote the song after some gentle teasing from the others. Rahman explains, “In the daytime I was playing with them, in the night time and evenings I was gigging” “Then”, says Jagger, “He didn’t come into the studio one day, so I said, ‘Where’s A.R?’ and he came in really late at night, really pleased saying, ‘I’ve got my song!’ I manage one line in Urdu, only one!“

Marley’s way of working was different to the rest of the band. Stone reveals, “Damian is kind of quiet but he has some brilliant ideas. He works on stuff at night. Sometimes he’ll just go away and sit with the lyrics and bring something to it. His rhythm section brings so much. He has his own thing going in the next room so I pop in and out.” Marley would work on toasting over the record by himself and re-join the band when he was happy with it. " Read more on Last.fm. User-contributed text is available under the Creative Commons By-SA License; additional terms may apply. 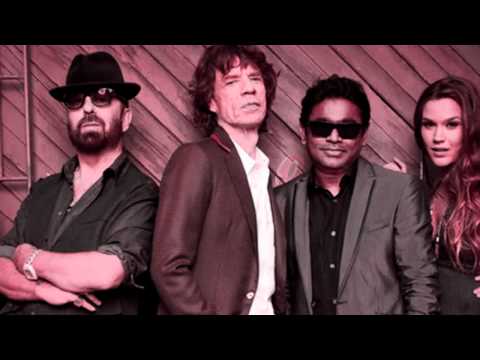 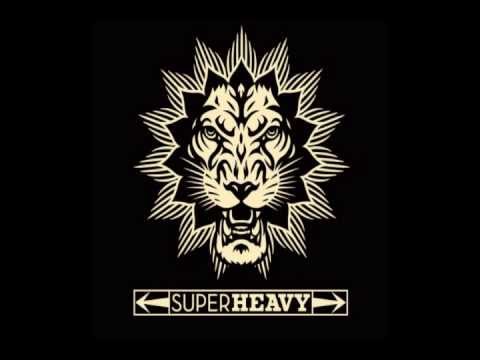 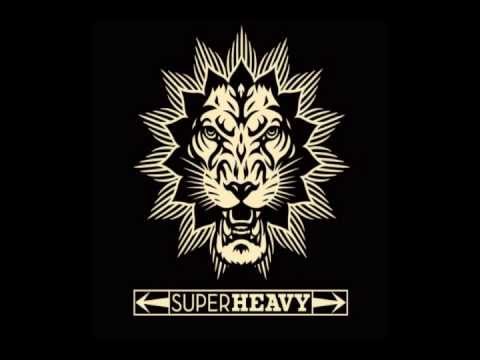 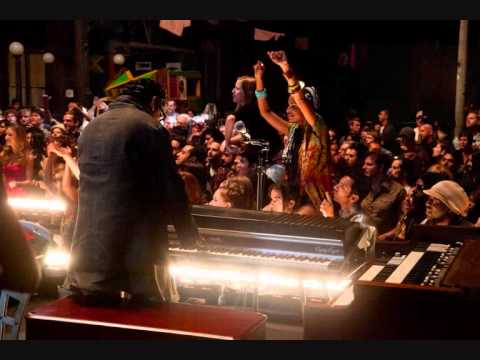 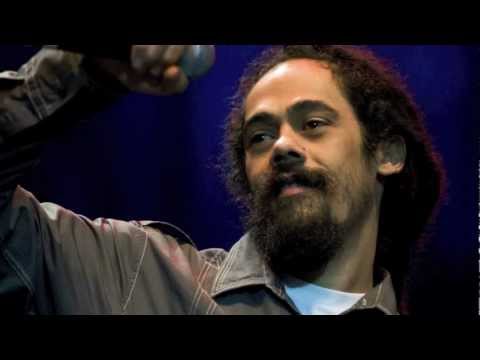