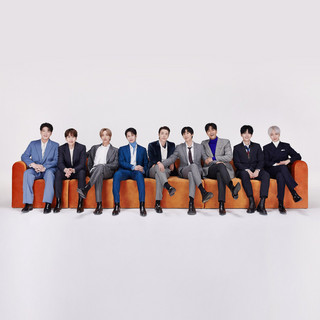 All current members have completed their military service.

Former members are 韩庚 (Hangeng) and 기범 (Kibum). Kibum officially left the group when his contract with SM Entertainment ended in 2015.

The group initially debuted with twelve members on November 6, 2005 with the single, "TWINS (Knock Out)". The original twelve members are 이특 (Leeteuk - the leader), 희철 (Heechul), 韩庚 (Han Geng), 예성 (Yesung), 강인 (Kangin), 신동 (Shindong), 성민 (Sungmin), 은혁 (Eunhyuk), 시원 (Siwon), 동해 (Donghae), 려욱 (Ryeowook), 기범 (Kibum). The youngest member, 규현 (Kyuhyun), became a part of Super Junior on May 23, 2006. The Chinese member, Hangeng, was chosen among the 3,000 applicants through auditions held in China by SM in 2001. Moreover, before the addition of their 13th member, they were simply a project group named SuperJunior05. With his addition, the "05" was dropped and Super Junior became an official band.

Super Junior's third album Sorry, Sorry was released on March 12, 2009. The title single of the album, "Sorry, Sorry" was digitally released on March 9, 2009. In less than a week after pre-orders were announced, over 150,000 copies were pre-ordered. Sorry, Sorry was their first album to debut at #1 on the Hanteo Charts, and it sold over 29,000 copies the first day, defeating Seo Taiji's record of 25,000. Promotions for the album started March 13 with the performance of "Sorry, Sorry" and "Why I Like You" on Music Bank. Two weeks later, "Sorry, Sorry" became the number one song of the week on the same program. During the group's performance on music program Popular Songs on March 15, ratings went up to as high as 14%, the highest in recent years. From March to May, "Sorry, Sorry" collected a total of ten #1 awards with consecutive wins. On May 12, Super Junior released their new album "It's You". The music video for the song "It's You" was released two days before schedule because it was leaked onto the internet with only 3 seconds missing so without any editing they released it. Three days later they released what they called "It's You (Drama Version)". A month later, on June 15, they released "It's You (Dance Version)". In the unedited and edited version Kibum only showed up in the beginning and a minute part in the middle of the videos. In the dance version Kibum again did not appear. Promotions for "It's You" ended in early June so SM could promote SNSD's new song. Super Junior is currently preparing for their Super Show tour. They will hold two concerts in Japan in August 2009.

On December 21, 2009, Hangeng filed for contract termination with SM Entertainment, label company of the group. The following day, Hangeng's lawyer stated the claimed reasons behind the action: provisions were in SM's favour, unlawful 13-year contract length, unfair sum of money to end the contract, not allowed to request to revise his contract, forced to do things that were not in his contract, forced to do things against his will, fined if he disobeyed the company, missed any events or even was late, and there was uneven profit distribution. Along with this, it was disclosed that because of SM Entertainment's refusal to give him a day off in over two years, he had developed gastritis and kidney disease.

On December 21, 2010, the Seoul Central District Court ruled in favor of Han Geng. The court stated, “All three contracts – from the January 2003 contract, the altered contract from February 2007, and the affiliated contract from December 2007 – do not exist.” A representative of SM Entertainment said that they will file an immediate appeal to reverse the decision and have yet to release official statements regarding his status Read more on Last.fm. User-contributed text is available under the Creative Commons By-SA License; additional terms may apply. 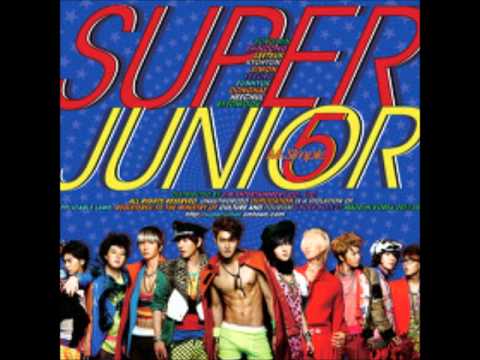