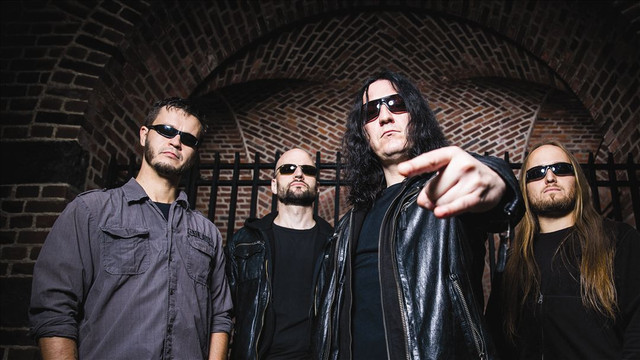 SuidAkrA is a melodic death/black/folk metal band from Germany. SuidAkrA's very beginnings lie back in the small and otherwise extraneous town Monheim in the year of 1994 when vocalist / guitarist Arkadius Antonik and drummer Stefan Möller founded the band. In those years they called themselves ‘Gloryfication’. After two demos and the addition of Marcel Schoenen to the band, their name was subsequently changed. Their musical basis and background was a stylistic mixture of black metal and tradi...

SuidAkrA is a melodic death/black/folk metal band from Germany.

SuidAkrA's very beginnings lie back in the small and otherwise extraneous town Monheim in the year of 1994 when vocalist / guitarist Arkadius Antonik and drummer Stefan Möller founded the band. In those years they called themselves ‘Gloryfication’. After two demos and the addition of Marcel Schoenen to the band, their name was subsequently changed. Their musical basis and background was a stylistic mixture of black metal and traditional heavy metal, enriched by some folk elements. The self-produced record ‘Lupine Essence’ was the first considerable result published in 1997 before the band was signed by the record label Last Episode. 2000 copies of ‘Lupine Essence” were sold and SuidAkrA had become well known in the underground.

After gathering enough material for a second album, ‘Auld Lang Syne’ was recorded in 1998. This album was a lyrical concept aroused from the ideas of Celtic mythology. SuidAkrA played their first gig at the Wacken Open Air Festival 1998 and supported Haggard & Tristania on tour both in and outside Germany.

SuidAkrA was not wholly satisfied with the sound of ‘Auld Lang Syne’, so Stage One Studio and producer Andy Classen were chosen for the recording sessions of the new album. ‘Lays From Afar’ tells a coherent story based on mythological facts and pure fantasy. The album was an enormous leap forwards in the band's musical development, which is evident in the ease with which they merge a broad variety of styles.

The band chose once again the Stage One Studio for their next album ‘The Arcanum’. Again, the main themes were Celtic mythology and the individual power of imagination. SuidAkrA's creative hand proved to have enough power to bring together fans from all various sub-genres, be it gothic, power metal, black metal, etc. For the first time in the band’s history, they recorded a cover song; a killer rendition of the Skyclad classic, ‘The One Piece Puzzle’. After the release of ‘The Arcanum’, Marcel announced his departure from the band, reducing his activities to a mere consultant role in writing the lyrics and taking part in the songwriting.

In the midst of 2001, Möller left the band and the remaining members now attempted to find a competent new drummer. It took Arkadius but one day after their official departure to find Lars Wehner. Lars showed to be a great addition to SuidAkrA, and because of his superb technical abilities, some of the musical gaps the band faced in the past could now be successfully bridged.

In 2001, SuidAkrA signed with Century Media Records, who would provide their full commitment to the new album. By the end of November, the new songs had grown in complexity to underpin the band's high expectations. In December 2001, the band locked itself up for a third time at Stage One Studio to work on their fifth album titled ‘Emprise To Avalon’. SuidAkrA’s second concept album was dealing lyrically with the legend of King Arthur. Immediately after the recordings, bassist Marcus Riewaldt joined to enhance the band further. In summer 2002 SuidAkrA successfully played the two famous German festivals, SummerBreeze and Wacken, each for the second time.

For the first time in the band's history, all members had a hand in writing the new material, in order to collectively work on each song much more intensively than past efforts. In April 2003, the band went back to Stage One Studio for the fourth time, to record ‘Signs For The Fallen’. Before the July 28, 2003 release date, audiences in Europe had a chance to preview some of the new tracks, when SuidAkrA performed live in support of Soilwork and Children Of Bodom in May. After ‘Signs For The Fallen’ was released, the band was finally sent out to wreak havoc on the ‘Darkness In Disguise’ Tour through Germany, Austria and Hungary. Once again, SuidAkrA was able to prove their qualities as a great live band with each subsequent performance.

In 2004, the band continued to work hard with numerous single gigs and summer festival appearances, both in Germany and internationally. After half of the material for the new album was written, SuidAkrA split with Century Media Records due to differing views about the future of the band, and decided to complete the album and record it at their own expense and risk. Change was also to occur when it came to choosing the right studio to record the album; after four successful collaborations with Andy Classen at the Stage One Studio, there had to be a change of scenery. SuidAkrA found the right combination of pressure and power for the new record at the Gernhart Records studio, with producer Martin Buchwalter. Additionally, Matthias Kupka joined the band, taking on clean vocal and second guitar duties. Finally, in November, 2004 SuidAkrA’s new album ‘Command To Charge” was recorded and a new label found in Armageddon Music. After the release in May 2005, SuidAkrA took part on the ‘Wacken Road Show’ German Tour, and made numerous appearances at international festivals like Atarfe Vega Rock Festival (ES), Summer Breeze (D), Metal Camp (SL), Metal Mania (PL), Bloodstock (UK) etc. In addition, the band promoted the new album live in its entireity in France, Belgium, Austria and Czech Repubic.

The Caledonia era began in September 2005, when long time former band member Marcel Schoenen rejoined the band after a number of years. Marcel, being mainly responsible for the lyrics and clean vocals, brought back much of the folk influence heard on the previous albums that are an integral part of the SuidAkrA sound.

Starting fresh in 2006 with the 'Emprise To Avalon' (2002) and 'Signs for the Fallen' (2003) line-up, SuidAkrA are ready to stake their claim once again in the world of metal with their 8th upcoming studio album, 'Caledonia'. While 'Command To Charge' was a new adventure for SuidAkrA, 'Caledonia' once again returns to the roots of an inspired, well-balanced mixture of raw death metal, plenty of harmonies, a mesmerizing pagan / folk atmosphere and bombastic catchy heavy metal. SuidAkrA's ability to blend these various sounds into a hard, fast-paced yet intricate song structure is what really sets them apart from the rest. Their variations prove that melody and brutality can be worked together to provide a unique experience for the listener.

Imagine 'Caledonia' as a sonic guide through the fierce ancient Scottish highlands. A purely enchanted tragedy is quite effective when combined with an aggressive soundtrack, intermezzo acoustic pieces, highly varied vocals and literate, narrative anthems. Also returning is the haunting sound of bagpipes, a traditional instrument used by Scots for many generations. The idea behind the lyrical concept of 'Caledonia' is to fathom the mystical side of the tribe of the Picts (the natives of ancient Scotland), their war against the attacking Roman Empire and the co-existence of two completely different worlds. The story's main focus is the spiritual and cultural aspects when these two worlds collide.

While so-called "pagan metal" bands seem to be popping up around every corner lately, trying to conform to current trends instead of coming up with ideas of their own, SUIDAKRA have stayed true to the sound that they have become known for. Reaching new heights in their fourteen year history, the German celtic metallers return full steam ahead with their 9th studio album, "Crógacht". Combining fast melodic death metal, Irish folk music, and a torrent of harmonies, they prove yet again the ability blend several different influences into their unique sound. To put a spin on things, new elements are introduced, like traditional instruments (bagpipes, banjo, tin whistles), a sixteen member choir and epic orchestral arrangements.

Recorded at Gernhart Studios with producer Martin Buchwalter, "Crógacht" delivers the most powerful candy for the ears. But the eyes and mind will also be pleased, as famous Belgian graphic artist Kris Verwimp is responsible not only for the magnificent artwork in the digipack and 16-page booklet, but also for the lyrics of this fascinating concept album. "Crógacht", meaning bravery, is based in its entirety on one of the most dramatic tales in Irish mythology. It tells the story of the hero Cuchulainn’s epic journey to the Isle of Skye, where he seeks to learn the arts of war from the Scythian warrior woman Scáthach. The decisions he then has to make set the events in motion that will lead up to his son Conlaoch’s tragic fate...

With overwhelming reactions to their 2006 release, "Caledonia", and their May 2008 DVD / Best of CD, "13 Years Of Celtic Wartunes", SUIDAKRA have performed at over 200 live shows (including the world famous Wacken Open Air five times), and successfully completed several tours in Europe, Russia and a first-ever American tour. SUIDAKRA will take part in the four week Pagan Knights North American tour starting in February 2009 before rocking stages all over Europe and beyond. 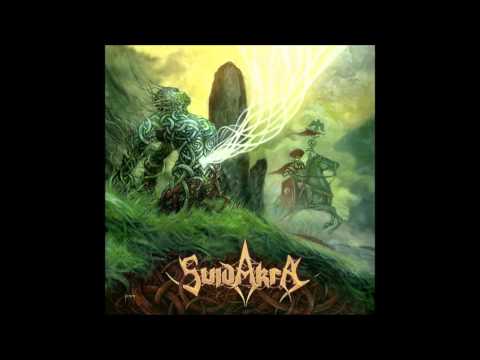