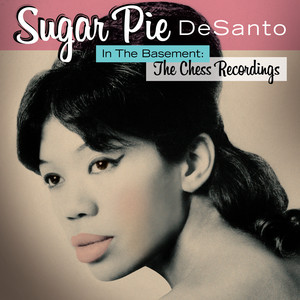 1. Sugar Pie DeSanto is the name of a popular rhythm and blues songstress of the 1950's and 1960's. She was born Umpeylia Marsema Balinton in Brooklyn, New York on October 16, 1935 to an African American mom and a Filipino dad. She spent most of her early life in San Francisco, California, where she moved with her family at a young age. In 1955, DeSanto did some touring with The Johnny Otis Revue after being given the nickname Sugar Pie by the bandleader. In 1960, DeSanto rose to national promi...

1. Sugar Pie DeSanto is the name of a popular rhythm and blues songstress of the 1950's and 1960's. She was born Umpeylia Marsema Balinton in Brooklyn, New York on October 16, 1935 to an African American mom and a Filipino dad. She spent most of her early life in San Francisco, California, where she moved with her family at a young age.

In 1955, DeSanto did some touring with The Johnny Otis Revue after being given the nickname Sugar Pie by the bandleader. In 1960, DeSanto rose to national prominence when her single, "I Want to Know," rose to number four on Billboard's Hot R&B Sides chart. DeSanto continued to write & release popular songs throughout the 1960's, including some collaborations with Etta James.

From 1959-1960, she toured with The James Brown Revue, where she was known to perform backflips on stage. DeSanto is proud to say, despite numerous proposistions, she stayed professional, and claims to be the only woman in his revue who never slept with the lascivious Brown, nor any of the other "old goats" like Willie Dixon, and Muddy Waters she met on the met on the blues touring circuit while supporting her Chess recordings. Sugar Pie went along on the 1964 Folk-Blues Fest tour of Europe, but as the only female artist, and basically an opening act... She also let the other musicians on that run she wasn't part of the backstage buffet, telling the SF Bay Guardian in 2004 "I refused all them old goats,"

She cut 30 sides for Chess records, most of which were shelved and never hit the streets. Occasional Sugar Pie tracks did surface, but mostly her career was a footnote in at a label. While Sugar Pie got a $10,000 advance from the stingy Chicago honchos that ran the label when she signed on, they stiffed her on royalties for decades, even though she wrote many songs for other artists including Fontella Bass, Etta James, Little Milton and Minnie Ripperton. She recorded for other labels besides Chess including Brunswick in 1967.

By the early seventies she'd settled back into the San Francisco Bay Area for good, and over the next 35 some years has made some sporadic funky & bluesy efforts for her manager/husband's Jasman Records...

Despite hitting octogenarian status, she still performs gigs including the ceremony for receiving her 2008 R&B Foundation Pioneer Award at the Kimmel Center in Philadelphia, the June 2008 Chicago Blues Festival, and 2007 San Francisco Blues Festival with Jimmy McCracklin, and remains a highly energetic and comedic performer.


2. Sugar Pie DeSanto was born on October 16th, 1935 as Umpeylia Morsema Balinton in San Francisco. She had 6 brothers and 3 sisters. Her father a Phillipino, was not musical but her (African) mother was a miracle child. Sugar Pie "My mother was talented. Already at the age of five she was a concert pianist, fantastic. I definitely inherited my talents from her." Also, other children from this family inherited some of this talent. "I have brothers in the music business, but the two who really continued in it is my brother and Little Domingo and myself. Domingo is also very talented. Now-a-days he leads the band (Little Domingo and Friends featuring Sugar Pie DeSanto). Oh yes and another brother of mine plays the conga and drums. Yes, it actually was a musical family." Her mother especially encouraged Sugar Pie to sing. Therefore, her latent talent was stimulated, which soon blossomed and became fruitful. The influences that Sugar Pie received were from her mother and artists such as Nancy Wilson, Dinah Washing and Sarah Vaughn. Another influence came from a young dancer, Eartha Kit, who was a member of the Katherine Dunham Dance Ensemble at that time. The saucy and shameless elements of sex, which Eartha Kit employed in her flirtations, is still present in Sugar Pie's act of today. "When I was approximately eleven, I got lessons from my mother. She taught me how to sing, mainly standards. I began to participate in talent searches in San Francisco, which I won several times. My career started this way. Because my mother was a concert pianist, I did more ballads than blues." The blues aroused her interest through her later (ex)husband, singer/guitarist Pee Wee Kingsley: " Oh goodness, when I met him, I became more interested in the blues. we did a show together and since then I continued to do the blues." The primitive-rapper "Sugar is Salty," Sugar Pie's most recent release for Jasman Bears witness again to her immense talent. Both versions of "Hello San Francisco" are on this superior mix of souls, ballads, blues, R&P, funk and even rap. Sugar Pie: "I always did rap but it wasn't fashionable for a very long time with the younger public. Now they are following me, not me following them. One can't tell much about the CD. Go to the store and buy it I would say. As far as I am concerned it is one of my better performances. Yet, the sequel will be a lot better. I have already started with the recording. I enjoyed the musicians as well as choosing the materials together with my manager. It took me a couple of years but trust me. I don't know yet what I am going to call this new CD but so far the recording is going smoothly." An important aspect of "Sugar is Salty" is the fact that except for "Hello san Francisco" she co-wrote the songs. Thus proves that her creativity, which, again, attributes to her mother, is still intact. "The inspiration came from my mother. She not only taught me how to sing a ballad, but how to build a song. Consequently, I started at a very young age." During her more than 40 year career, she has shared the stage with the greatest. She stood before sold out crowds in the most legendary theatres and wooed the public with her explosive combination of impudence, sex, humor and unbridled talent. "I have done the Apollo theatre more than twenty times, perhaps thirty. I have performed with Jackie Wilson, Gladys Knight, Smokey Robinson & the Miracles, Rufus Thomas, Carla Thomas, Patti LaBelle and many more. Naturally, I have performed at other renowned theatres: the Regal in Chicago, the uptown Philly, the Howard in Washington and a couple of others where you only arrive after you have finished a hot record, but the Apollo in New York is the hardest on the artist. If you are talented, you are accepted. If you don't have that, you can expect rotten eggs. And then you have to rush off the stage otherwise they whip you off. And if the critics don't like you there, then you might as well forget it." Now-a-days, Sugar Pie works in the Bay Area together with her brother, one of the most talented bass players on the West Coast. She is still as popular ever over there. Also her European public has been able to see her. In Ultrecht, she ignited the theatre with fire and flames with her saucy, acrobatic and exciting show. She explained it thus:" Yes, I have to let go of some energy during my sixties. I am still quite wild. But you can expect that during my performance. I have my power and my experience. I sing full blast and give a spectacular show." Sugar Pie's sense of humor remains with me the most. Just before her performance, I asked her if she gets along with Jack Owens, because his name is also on the billboard. Her answer:"Well, I am not a spring chicken, but that guy is more than ninety years old! And he still pinches my ass. Wouldn't you just want to wring his neck?" Having just said that she exits the dressing-room in order to address Chris Millard. And with a lascivious grin yells:"Let's go kick ass!" Read more on Last.fm. User-contributed text is available under the Creative Commons By-SA License; additional terms may apply. 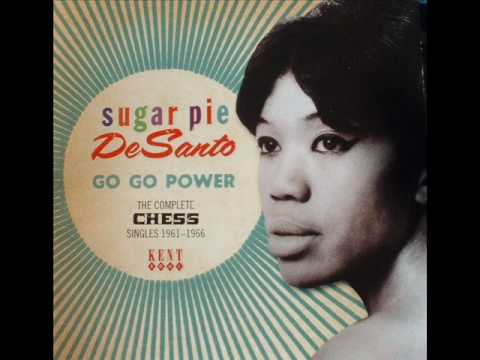 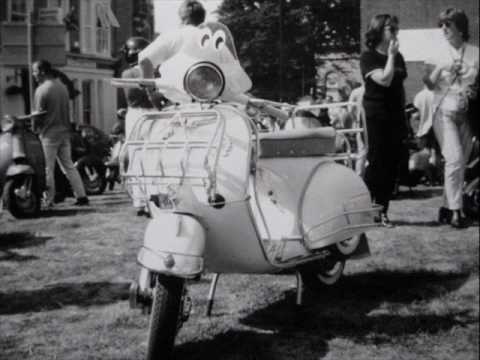