In the end of 1999 brothers Lasse (Git) and Ole (Dr) Fink, both being still active in a thrash-metal band, started to write new songs that didn´t fit the concept of their band anymore. Their new creation belonged to brutal death-metal, and thus they had to search for new people to form a new band. They announced it in some local scene magazine, and in spring 2000 the band had five members, Lasse Fink (Git), Roland Sander (Git), who was taken from the former band, Dusan Belohlavek (Voc), Jasmin...

In the end of 1999 brothers Lasse (Git) and Ole (Dr) Fink, both being still active in a thrash-metal band, started to write new songs that didn´t fit the concept of their band anymore.
Their new creation belonged to brutal death-metal, and thus they had to search for new people to form a new band.

They announced it in some local scene magazine, and in spring 2000 the band had five members, Lasse Fink (Git), Roland Sander (Git), who was taken from the former band, Dusan Belohlavek (Voc), Jasmin Fleiner (Voc) and Ole Fink (Dr).

The band was formed, some more new songs were written and in summer 2000, SUFFERAGE played their first gig on a little festival in the north of Hamburg.

Shortly after this, Olli Frank (Bs) joined the band, but meanwhile Dusan and Roland left it.
For some time SUFFERAGE was searching for a second guitar player but nobody was found, so it was decided to continue with only one guitar.

Jasmin, Olli, Lasse and Ole are the constant line-up, and during nearly 7 years of SUFFERAGE, they have grown together as a family.

In autumn 2000, the first and only Demo “Birth” was recorded in the rehearsal room to some hard disc recorder and burnt on CD/R.
The sound of “Birth” is brutal and raw, successful for a recording in the rehearsalroom.
7 songs + intro and an instrumental are icluded in a running time of 24:24.
The content of the texts varies from horror-splatter-gore-themes to anti-war and anti-fascist statements.
The cover artwork was a pencil drawing made by Ole, and the disks have been sold till today looking exactly like the original, and when it is needed new CD/Rs are burnt.

Contemporary SUFFERAGE started to play a lot of concerts.
They realized how much fun it was to drive around to different places, play concerts, get to know other bands and people and make party with them.

In this way, SUFFERAGE toured across Germany and meanwhile, new songs were created for the “Birth” follower.

For the new recordings they decided to record the vocals, bass and guitars in the rehearsalroom again on harddisk, but the drums in a studio this time.
But there was more time than expected, so it was even possible to record the guitars in the studio, too, and “Raw Meat Experience” was created.
9 songs+intro+instrumental+2 live-recordings were put in this album in a running time of 38:58; without the live songs 32:44.
The sound is much clearer and has much more power than in the sound of “Birth”, and above all, the sound quality of the vocals becomes much better on “Raw Meat Experience”.
The oil-painting by Ole for the cover artwork was the reason for two CD-production companies to refuse the issuance because of “glorification of violence”, but the third one was disposed to do it after all, and “Raw Meat Experience” was released in autum 2003 as a self-production.

They were busy to continue playing concerts everywhere; among others SUFFERAGE entered the stages of some festivals, for example the Soulgrinding in Strassbourg, the Moutains of Death in Zurich, the Obscene Extreme, the Fuck the Commerce and the Wacken Open Air.
SUFFERAGE produced a hundred of DVD called “Sufferage Zerhacken Wacken” (Sufferage chop up Wacken), that contained their gig and some other live-recordings.

They didn’t spend much time for the song-writing of the “Raw Meat...” follower, and in spring 2006 they finally went to the studio again.
This time everything was recorded in the studio completely, and the result was the mature, authentic and self-contained death metal album “Bloodspawn”.
SUFFERAGE thought it was time to search for a label, and first they sent “Bloodspawn” to their first adress REMISSION RECORDS with the fast resulted offer of a contract.
Recorded in Flat Fork Studio Hamburg, mastered in Desert Inn Studio, “Bloodspawn” has a mighty, powerful sound and contains 11 songs of 42 minutes in total.
The cover artwork was made by Killustrations (Aborted, Obscenity, Zyclon, Lay Down Rotten, etc.).
Release date is the 10.11.2006.

To intruduce “Bloodspawn”, SUFFERAGE continue playing live as often as possible.
The latest highlight was a concert in Russia in the city of Nizhny Novgorod in August, 2006.

Moreover, the first new songs are growing for the follower of “Bloodspawn”...
Read more on Last.fm. User-contributed text is available under the Creative Commons By-SA License; additional terms may apply. 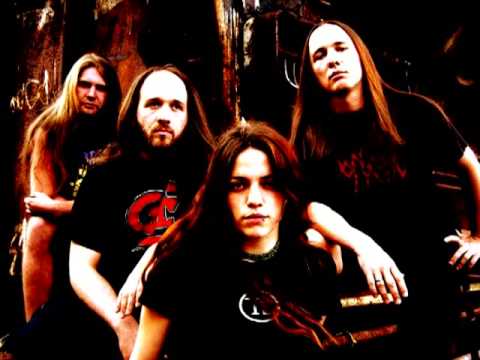